The BRZ comes with a 2.0-litre horizontally opposed flat-four engine. It produces a modest 197bhp, but because the BRZ is also relatively light, that's more than enough puff to produce speedy 0-62mph times. You'll need to rev it until it's about to explode to produce these kind of figures, though. That's because the engine is very lazy lower down in the rev range – let the engine drop below 4500rpm and you’ll wonder what happened to all the go. Thankfully, there is a six-speed manual gearbox with well-chosen ratios (a six-speed auto is optional).

The BRZ feels slightly less at ease over lumps and bumps at low speeds than the GT86 because of its marginally firmer suspension, but it also feels that little bit sharper as speeds build. The lightweight and classic sports car layout (engine at the front, driven wheels at the back) gives the BRZ real agility, and the fast throttle response and quick, weighty steering help, too. The rear-wheel drive layout is also great fun if you venture onto a track, but on a public road, it can’t quite match an Audi TT for refinement.

The engine sounds pretty good when you thrash it, which is just as well, because you’ll be thrashing it a lot of the time. However, the engine is very audible when cruising on the motorway, plus you have to put up with a cacophony of road and wind noise. 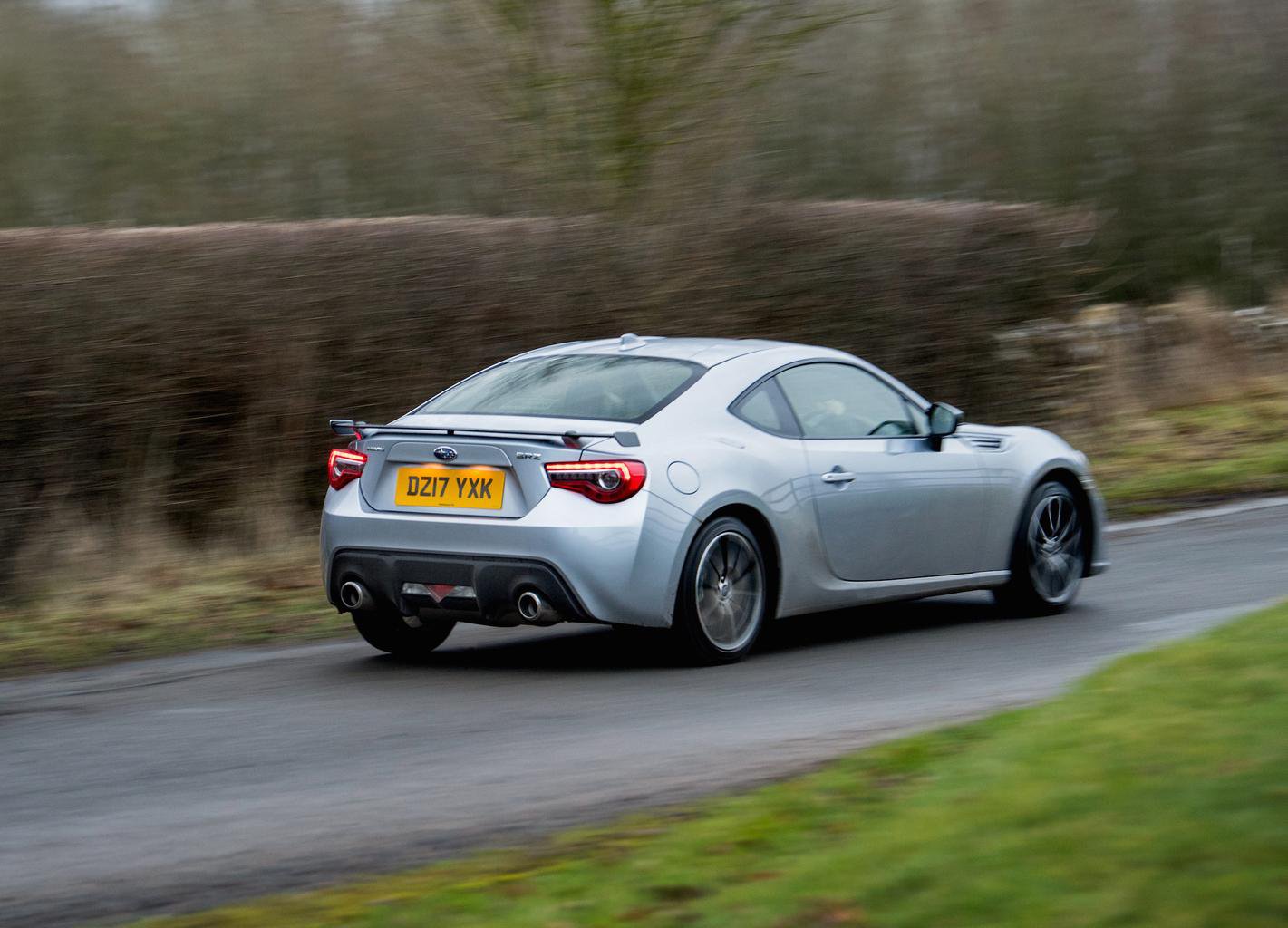