Which used Suzuki Alto hatchback should I buy?

The Alto is one of those cars that doesn't major on choice. At any one time there's only been one engine and one trim level.

At launch, the Alto came with a four-cylinder 1.0-litre petrol engine with a modest 53bhp. The solitary GL trim level was similarly basic, and provided a rear wiper, an immobiliser and front head restraints. The only choice you had was between the three-door or the five-door version. In 2003 Suzuki narrowed the choice even further by binning the three-door car altogether. The old engine was also shelved, replaced by a new 62bhp 1.1-litre. While it gave the Alto a bit more strength, it still couldn't cope with anything other than urban roads. GL trim now provided power steering, electric front windows and central locking. 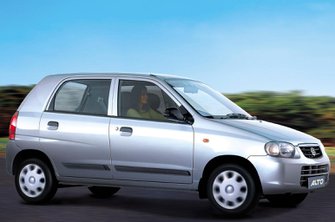