What used Toyota Prius saloon will I get for my budget?

How much does it cost to run a Toyota Prius saloon?

Buying a high-mileage Prius can be like buying a leasehold flat. It might be cheap, but if there are only a few years left to run on the lease, it could prove a false economy. In the case of the Prius, the lease is the battery or, strictly speaking, the bank of batteries.

When the battery fails, it won't be cheap to replace; you're looking at well over a grand. At least it's covered by an eight-year, 100,000-mile powertrain warranty.

In other respects, though, the Prius is as easy and as cheap to run as any conventional car. Major services are required at 20,000 miles, but these should be no more expensive than having a standard Toyota Corolla maintained.

You also won't have to pay the Congestion Charge if you travel into central London and the Prius's low emissions mean low road tax. Insurance is group 8, and the fuel economy is good, but be warned that 45-50mpg is a more realistic figure than the claimed 65mpg. 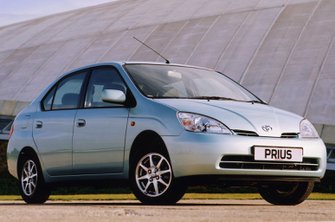