What should I look for in a used Vauxhall Astra estate?

One of the most important checks you can do on any Astra is to ensure that the cambelt has been changed on time. This is needed a lot sooner than in many other models (every 40,000 miles), so some owners might have been tempted to not bother - especially once their car was three years old. If it fails, you'll be left with a big repair bill.

Other than that, the only thing to look out for are electrical problems, which are the most common cause of failure in the car. And, there has been just one safety-related recall - many, many less than most rivals. The recall was to ensure that brake fluid hadn't become contaminated, but it affected fewer than 2500 cars.

For the most part, though, our reliability survey shows the Astra is generally pretty sound. However, you may be a little put off by the fact that Astra owners aren't as happy with their cars as Ford Focus buyers, according to JD Power surveys.

What are the most common problems with a used Vauxhall Astra estate? 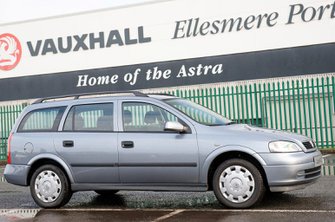