What used Vauxhall Corsa hatchback will I get for my budget?

How much does it cost to run a Vauxhall Corsa hatchback?

In common with many new cars that sell in such high numbers, the Corsa's heavy depreciation means weak residual values and bargain prices as a used car.

Generally low running costs are also in its favour. Our favourite 1.0- and 1.2-litre engines can return around 50mpg, for instance, while the diesels are capable of more than 60mpg. In fact, you should get 40mpg from pretty much any Corsa, except the hot 1.8-litre versions.

Insurance, too, will place relatively light demands on your wallet. Several models are in the lowest insurance group possible, and only a minority sit higher than group 4.

Routine servicing should be no great problem, either, and Warranty Direct tell us the costs at Vauxhall dealers are pretty much on a par with those at arch-rival Ford's. However, when an unscheduled stop is required, Vauxhalls take more time and money to put right on average 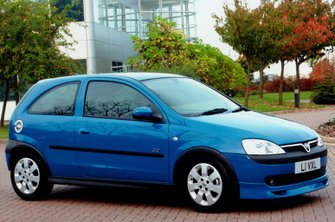