What should I look for in a used Volkswagen Eos sports?

Despite being well engineered, the complicated folding roof can give some owners problems, while others never suffer a single issue.

Water leaks are the most common complaint, mostly involving water penetrating into the boot and footwells. Earlier cars fare worse, but redesigned weather seals appear to have solved the problem. There is a recommended process for cleaning and lubricating the seals, which has also helped cure leaks. Ask your dealer for details.

Other issues include squeaks and rattles while the roof is up, and the folding mechanism has also been known to jam or fail.

The car's electrics can fail, causing the front windows, air-con and other systems to stop working. Dashboard warning lights can also appear and disappear at will, too - although these lights can also relate to more serious issues, so it's vital that the cause is checked.

What are the most common problems with a used Volkswagen Eos sports? 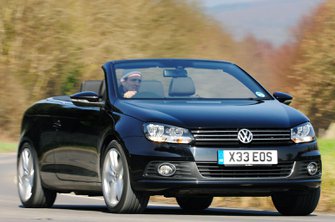