Provided the car has been serviced on time and to VW's standards, there should be little to worry about. The Polo is well screwed together and its mechanicals are pretty robust.

In fact, many reckon this Polo model is more dependable than the one that succeeded it. Even so, the smart money goes on cars that have a complete service history. They'll also be easier to resell later.

Major faults are rare, but check for signs of impending head gasket failure - white sludge under the oil filler cap is a common sign. Also, a thirsty engine can indicate that there's a problem with the engine management system, which could cost more than the car is worth to fix.

Other than that, inspect the suspension, axles and electrical systems - the three most common areas for claims to Warranty Direct by Polo owners. Air-con, where fitted, should be fully checked, too.

Bear in mind that any warning lights on the dashboard will result in an MoT test failure, so walk away from any cars with such faults and try to find a car with plenty of time left on its MoT certificate. 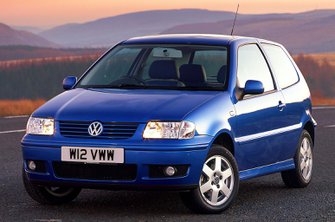