The driver of a S90 is treated to a brilliant seating position, no matter what their size or shape. Volvo’s seats are famous for their supportiveness and the S90’s are no different, while standard electric adjustment – including lumbar – makes getting comfortable no problem at all. The S90’s steering column also has a generous amount of extension, and the wheel, seat and pedals all line up perfectly. That's not the case in its rivals – the pedals in an Audi A6, BMW 5 Series and Mercedes E-Class are skewed over to the right, and the A6 and E-Class have more intrusion in to their footwells.

Forward visibility is very good and you get front parking sensors included. The rearward view is slightly obscured by the S90's thick back pillars, but again, rear parking sensors come as standard, as does a rear-view camera. At nighttime, bright LED headlights light the way clearly and feature adaptive main beams; these can remain on without dazzling the cars in front.

The S90's Sensus infotainment system is the same one you'll find in the V90 and XC90, featuring a 9.0in tablet-style touchscreen through which you control most of the car's functions. It's reasonably responsive when you press the icons, but the small size of some of those and the large number of functions that the screen operates makes this a fiddly system to use on the move. We prefer the rotary-dial controller that you get in a 5 Series and E-Class, and a few more physical buttons in the S90 – for frequently-used features like the climate control – would help, too.

There’s a great ambience to the S90’s cabin. It’s a clean-looking design finished to a high standard – on a par with that of the 5 Series and A6. Everything feels well built and there are plenty of soft, dense materials and solid switches throughout, which mark it above the E-Class slightly flimsier feel. All models get leather seat trim and ambient interior lighting, but only the higher-grade Inscription trim gets softer Nappa leather and plusher wood veneers. 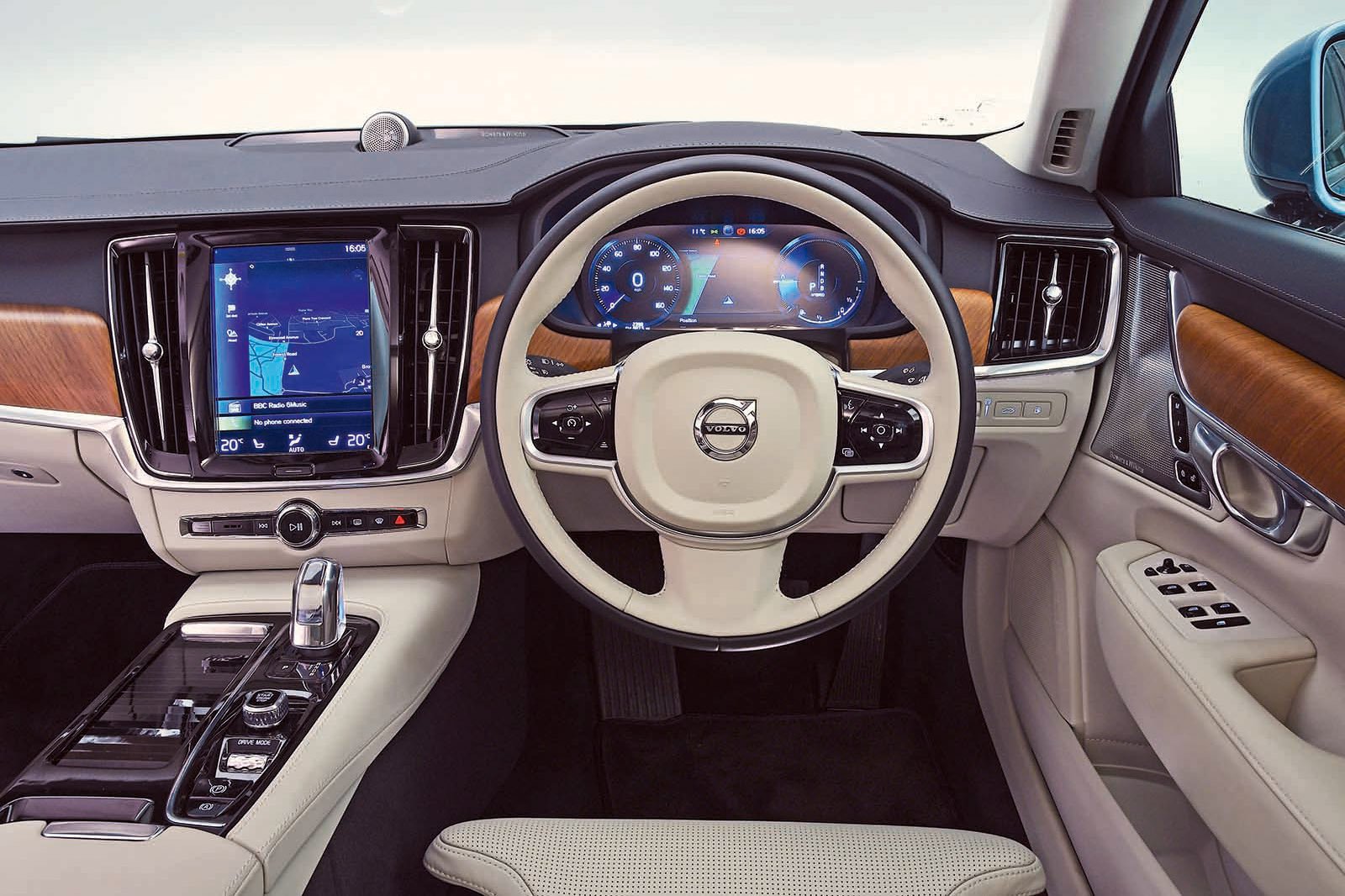