Interior space is one of the Volvo S90’s strengths. It’s one of the roomiest cars of its size, although the luxury saloon class includes some really big limos such as the Audi A8 and the long wheelbase Mercedes S-Class.

In the front, even the tallest folk should find there’s plenty of head and leg room, while someone equally tall sitting behind them should still have space to spare. The only issue is the wide central floor tunnel, which steals foot space from a passenger sat in the middle. Still, the Audi A6 and BMW 5 Series are just as compromised and not as roomy overall.

The S90's 461-litre boot doesn’t get anywhere near the size of the one in the Mercedes E-Class or the regular petrol or diesel BMW 5 Series. Compared with the 530e PHEV, though, the S90 boot is a bit bigger (they both lose space because the hybrid batteries live under their boot floors). The S90’s is a reasonable size for everyday chores, but you might struggle for luggage space during the annual family holiday.

You can fold down the standard 60/40 split-folding rear seats at the touch of a button, located just behind the rear headrests – most of its rivals come with more flexible 40/20/40 seat splits, though. When the seats are down, there's a completely flat extended load bay. The aperture that's left between the boot and passenger compartment is quite shallow which limits the size of longer items you can carry. 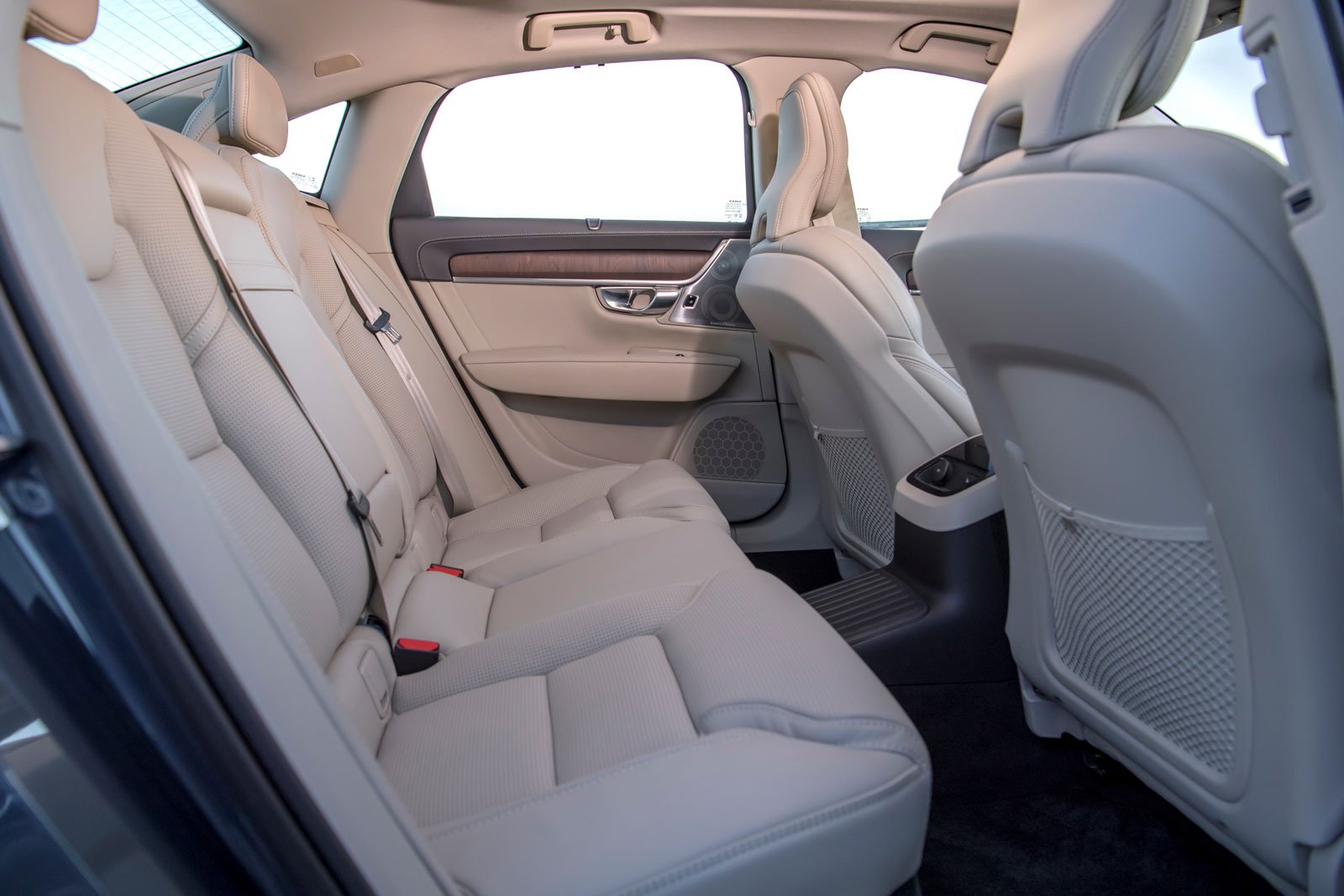