All shapes and sizes of driver should find it easy to get comfortable in the DB11 Volante, thanks to the enormous range of movement available via the electrically adjustable driver’s seat and steering wheel. In fact, together with the support the seat offers, which includes adjustable lumbar and side bolsters as standard, along with the perfectly aligned controls, the driving position is extremely hard to fault.

This is a cockpit that feels enveloping and sporty, rather than airy like the more open cockpit of the Mercedes S-Class Cabriolet. Both styles are fine, and which one you prefer will depend on what you’re looking for.

Unlike Astons of old, however, the craftsmanship is married to modernity. In the DB11 Volante, you get fully digitised instruments dials that prove easy to read, even if there’s not as much information on display as the enormous digital screens in the S-Class Cabriolet.

In essence, you won’t find much difference in the operation of the infotainment in an S-Class or DB11, though, because the latter uses a Mercedes system. Yet, it’s not the most up-to-date hardware by other premium manufacturers’ standards, with a comparatively small and low-resolution 8.0in screen, menus that take some getting used to and laggy commands. It’s far better than the system in Astons back in the day, though, and at least you operate the screen using a rotary controller and shortcut buttons on the centre console. This is far less distracting to use on the move than rivals with touchscreens. 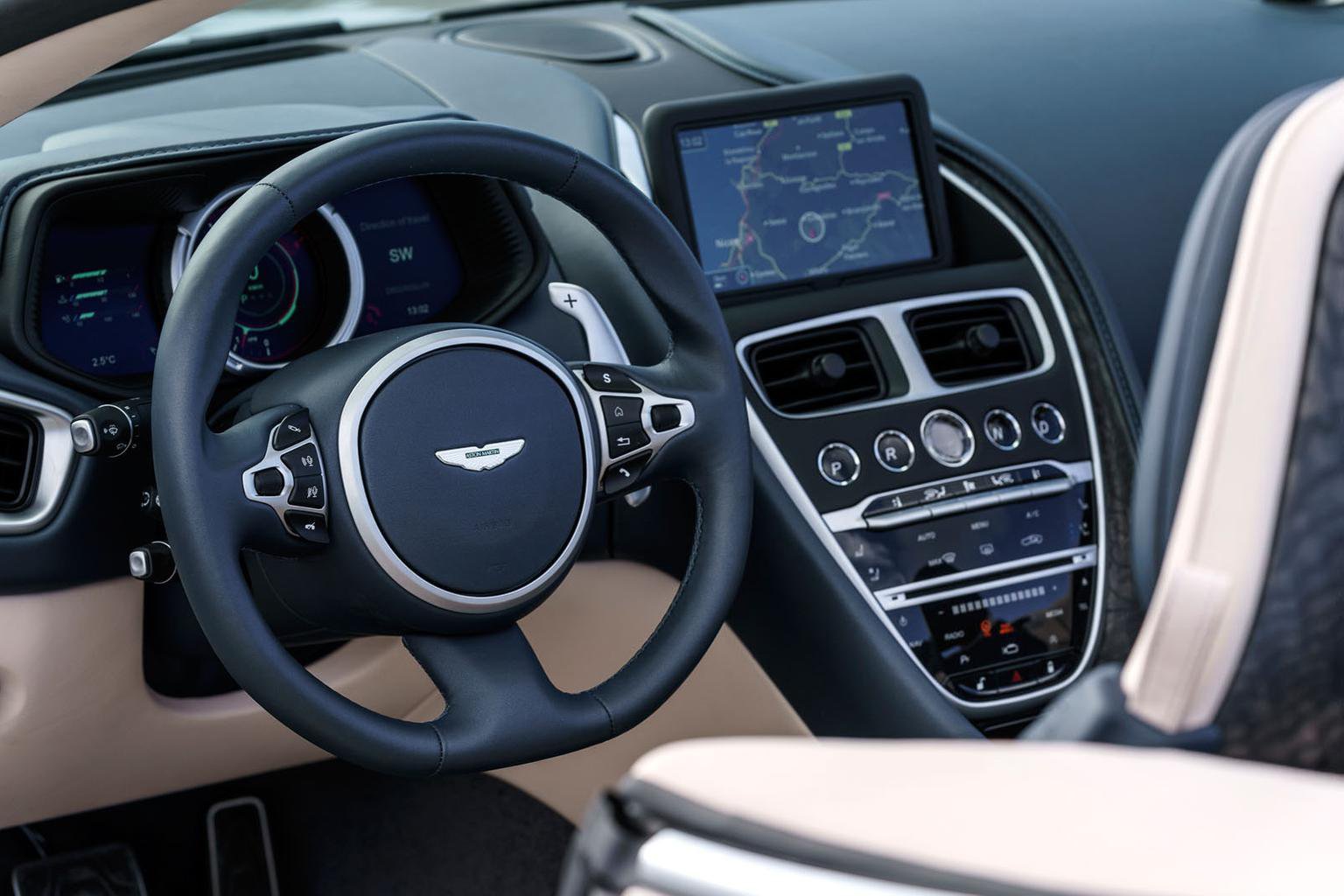