Both Coupé and Roadster versions of the TT RS offer generous room for two adults, so it's on par with its rivals there. The Roadster doesn't have rear seats at all, and the Coupé’s rear seats are really best left for a couple of shopping bags — even a teenager will complain about the mightily cramped conditions back there. Still, at least they're there – the Cayman and A110 are strict two-seaters. For something with TT RS pace and proper room for four, though, look at the M2 Competition instead.

The boots of the Coupé and Roadster also differ. For a start the Coupé's lift-up tailgate makes getting larger items in and out a doddle, and the luggage area is decently proportioned. Indeed, if you fold down ther rear seats you can even fit a bicycle in there — if you remove its front wheel first. You can't do the same with the A110 or Cayman, that's for sure.

The Roadster’s boot is smaller and its opening tighter, so it can't take bulkier items. There aren't any rear seats to fold down and free up more space, either. Yet it will still hold four carry-on suitcases, which isn't bad for a convertible sports car, and the boot stays the same size whether the roof is up or down.

Storage space aboard the TT RS is decent, with a reasonable-size glovebox, decent door bins and, of course, a cupholder. 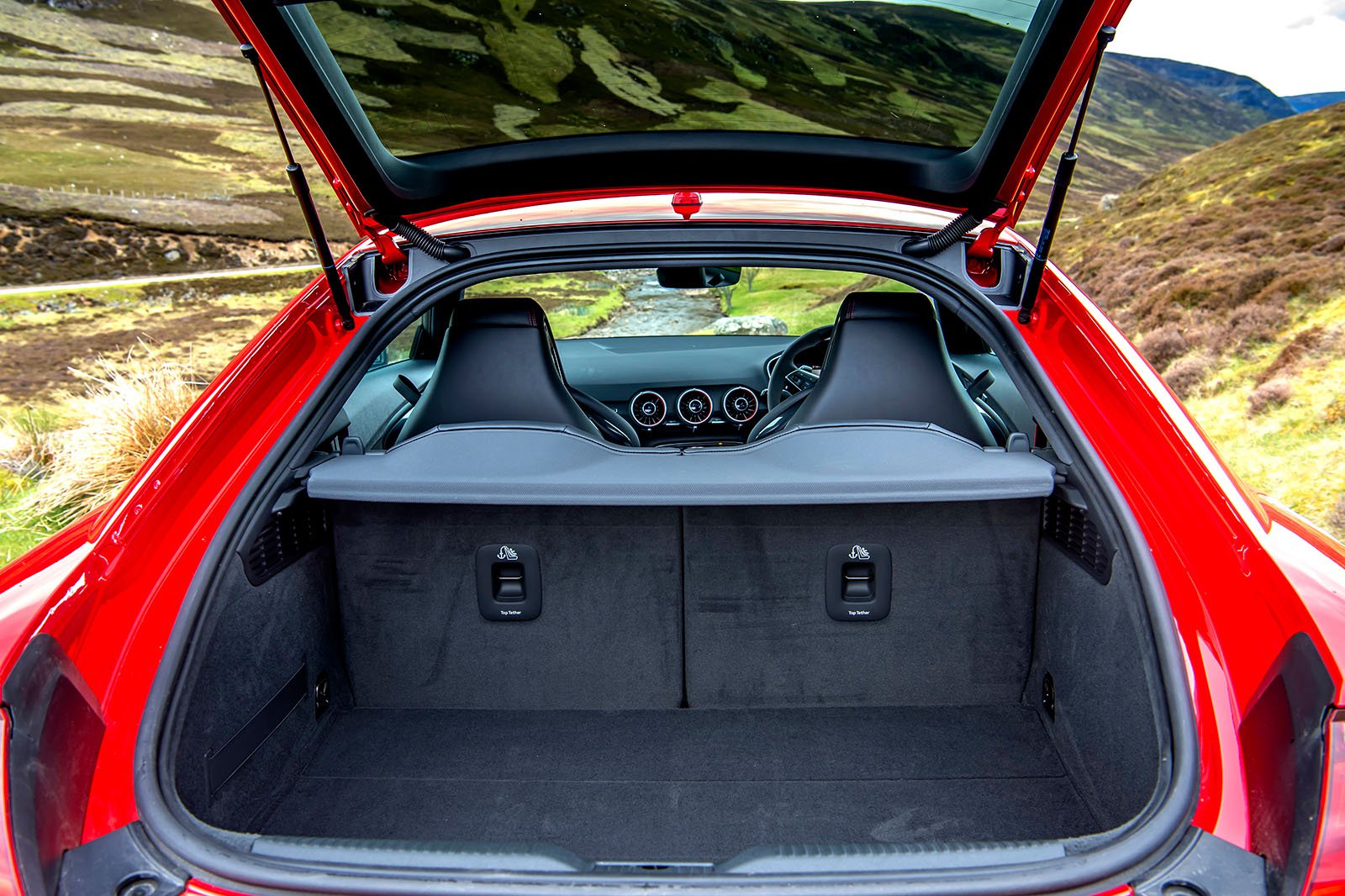