Despite its philanthropy, BMW has resisted the temptation to hand over all the crown jewels. The B5 and M5 may both be powered by 4.4-litre V8s, but the latter’s highly specialised power unit is a jealously guarded device, so the B5 has to make do with an engine that’s also found in more run-of-the-mill 5 and 7 Series models. Not that this has prevented Alpina from getting this relatively humble V8 to conjure up a cauldron full of seriously explosive performance.

Chief among Alpina’s efforts is a pair of pressure-cooker turbochargers that ramp up the power in the V8 from a not inconsiderable 444bhp in the engine’s more usual applications to a cork-popping 600bhp. Obviously, increases on that scale necessitate myriad engine and gearbox reinforcements, along with considerable cooling upgrades; you only need to listen to the B5’s whirring fans inhaling enough air to cool the Palm House at Kew Gardens to appreciate the direct correlation between its immense power output and the amount of heat its mighty engine generates.

Getting the B5’s chassis to cope with this level of performance is no mean feat, either. To this end, Alpina has fitted its own suspension components and tuned the steering – which, as we’ve already mentioned, works at both ends of the car. The steering wheel’s weighting is consistent and nicely judged, offering enough resistance without being overbearing and providing a pretty steely connection to the front wheels.

The B5 is also far more relaxed at lower speeds than the M5. Then again, being escorted off the premises jammed between a couple of burly bouncers is preferable to the pillar-to-post shimmying generated by the M5 over bumpy roads at lower speeds. Once the action hots up, however, the roles are reversed. While the M5 sparkles and elevates its suppleness and poise to a level that few – if any – super-saloons can match, the B5 begins to feel less able to control its mass and suffers from levels of road impact that you’re never exposed to in the M5. Perhaps more surprisingly, given the B5 is alleged to be the more refined car, it generates more tyre and wind roar at motorway speeds than the supremely refined M5. 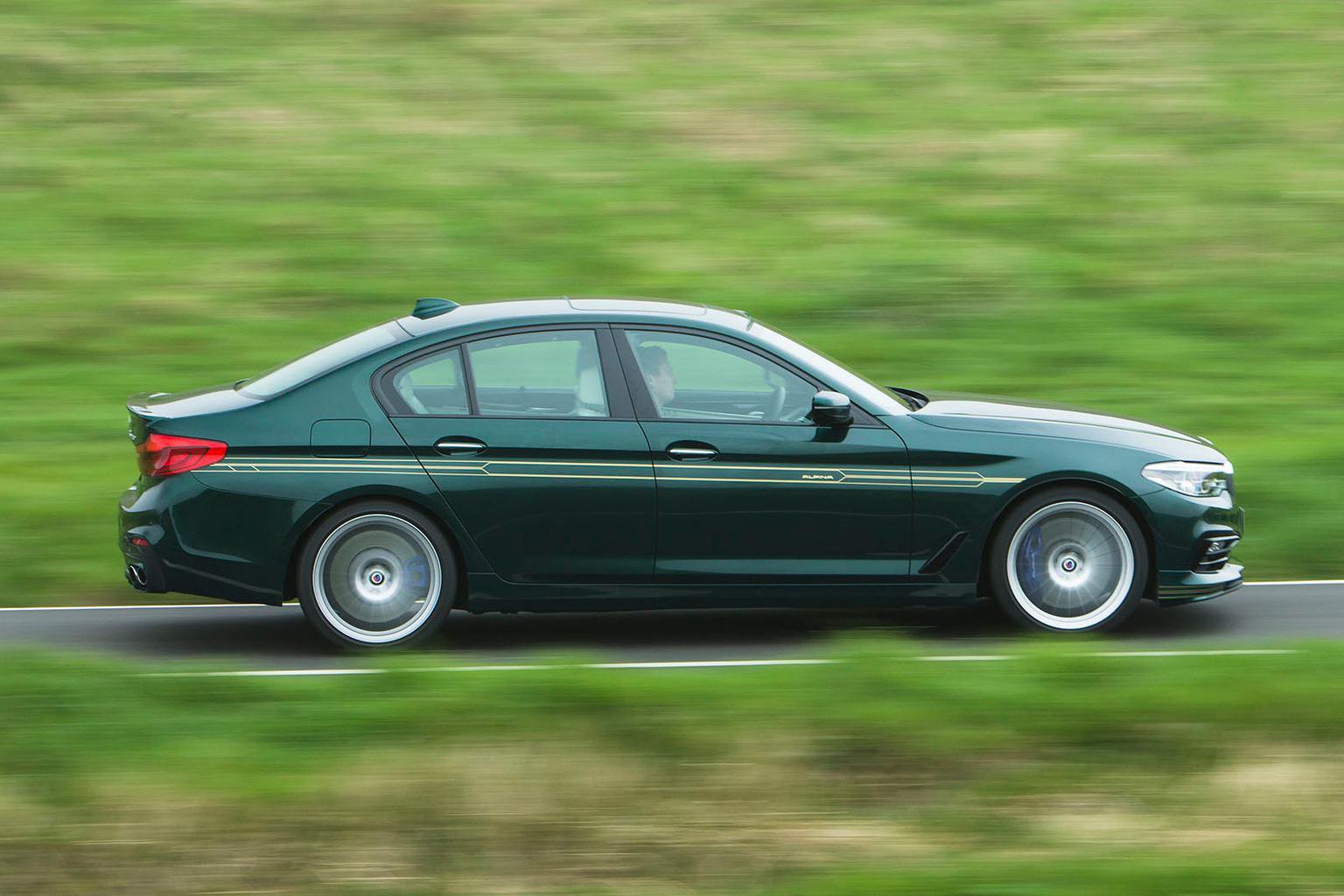