What used BMW 5 Series saloon will I get for my budget?

£6500 is currently the going rate for the cheapest examples of this generation of BMW 5 Series, but for that sort of cash, you’ll probably only be able to afford an example with mega-mileage, or one that’s previously been written off.

It makes more sense, therefore, to spend more. £9000 gets you a diesel example with mileage that’s reasonable, if still on the high side, while for an early, average mileage example of the same car, expect to pay upwards of £10,000.

A very subtle facelift in 2013 brought updates in technology and efficiency, all of which were slight but added up to a usefully improved whole. A decent example of one of these with average mileage will set you back at least £16,000.

For an M5, of course, you’ll have to pay rather more. Early, high-mileage examples are now going for around £28,000, though we’d advise upping your budget to at least £30,000 to be able to afford a car with more reasonable miles. 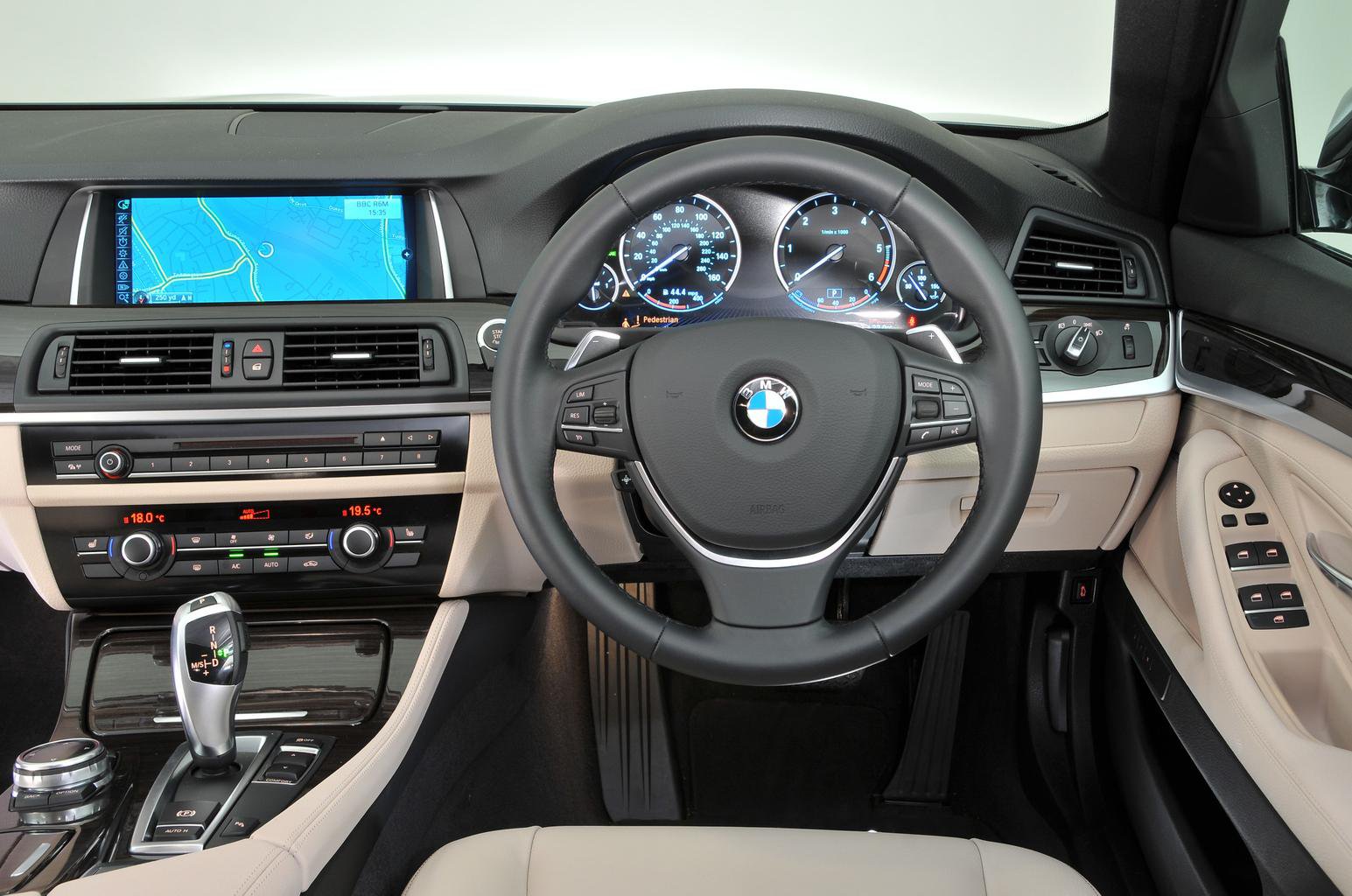 How much does it cost to run a BMW 5 Series saloon?

Taking your 5 Series to an independent specialist rather than a main dealer will certainly help to keep servicing costs down. It might still cost you more to service than the average family hatchback, but the same goes for any car with a prestigious badge.

Fortunately, you’ll probably save money on fuel with a 5 Series, at least if you choose a diesel version; the official figures for the 520d run as high as 68mpg, depending on the state of tune you choose, while even the more powerful 530d is reportedly capable of 55mpg. On the road, you’ll probably see closer to 58mpg and 48mpg respectively, but even these figures are pretty decent.

Petrol models also look pretty economical; on paper, the 520i works its way up to a maximum of 47mpg. Even the M5 manages 28mpg, according to official figures; that might sound pretty poor, but for a car of its performance, it isn’t bad at all.