What should I look for in a used BMW 7 Series saloon?

If your car needs repairs, chances are it will have problems with the heating and cooling systems. Electrical problems are reasonably common, too, so check all these carefuly before you buy. Wiper motors can be a little fragile, too.

Also, check that all recalls have been addressed: the 740i was called back because there were problems with the gearbox locking up; in 1999, BMW brought in 7 Series models because of worries with brake lights; in 2001, V8s were recalled following cooling fan glitches; and, in 2002, BMW issued another recall because there had been complaints of engines cutting out.

Check for service histories, and look out for evidence of repeated electrical glitches. The engine and transmission on the Seven are pretty sound, though, so although you can expect minor niggles with electricals and running gear, major repairs on the core mechanicals will be the exception rather than the rule.

What are the most common problems with a used BMW 7 Series saloon? 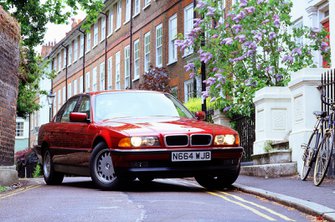