What should I look for in a used Citroën C5 saloon?

Generally, Citroen doesn't have the best reputation for reliability, but the C5 has impressed its owners. Complaints are few and far between.

Almost every used Citroen C5 started life as a company or fleet car, so condition will vary. Buy only the tidiest examples that look like they've been cared for. Don't shy away from high-mileage examples; they could have spent most of their time on the motorway and, if serviced on schedule, could make a reasonable buy.

The biggest cause of problems on the previous-generation C5 was the electrics, followed by the suspension. Check that all switches and controls work correctly and listen carefully during the test drive for any mysterious clonks and bangs from under the car.

What are the most common problems with a used Citroën C5 saloon? 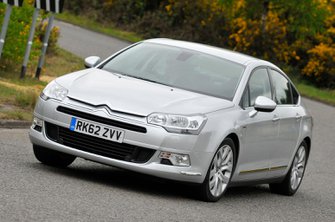