What should I look for in a used Dacia Sandero hatchback?

As mentioned earlier, entry-level Access models don’t come with a radio, but they don’t even have speakers fitted at the factory, so when you do need to fit a radio, you will need to budget for a sound system as well. Otherwise you will have the head unit, but nothing to play your tunes through. Most Sanderos will have had them fitted by the previous owner, but it is worth thinking about this if you’re looking at one of these examples.

The plastics used inside the Sandero are rather cheap feeling, but they are, at the very least, tough. Still, they can scratch easily, so check the bottoms of doors for marks, the cover around the steering column where the ignition key goes and door pulls where rings may have scored the surface.

Check the outside of the car for parking dings and scrapes on the bumpers. Since it’s a town car, it may have been used in some touch parking, since rear parking sensors were just an option, only being made standard on top-spec Laureate as part of its 2017 facelift. 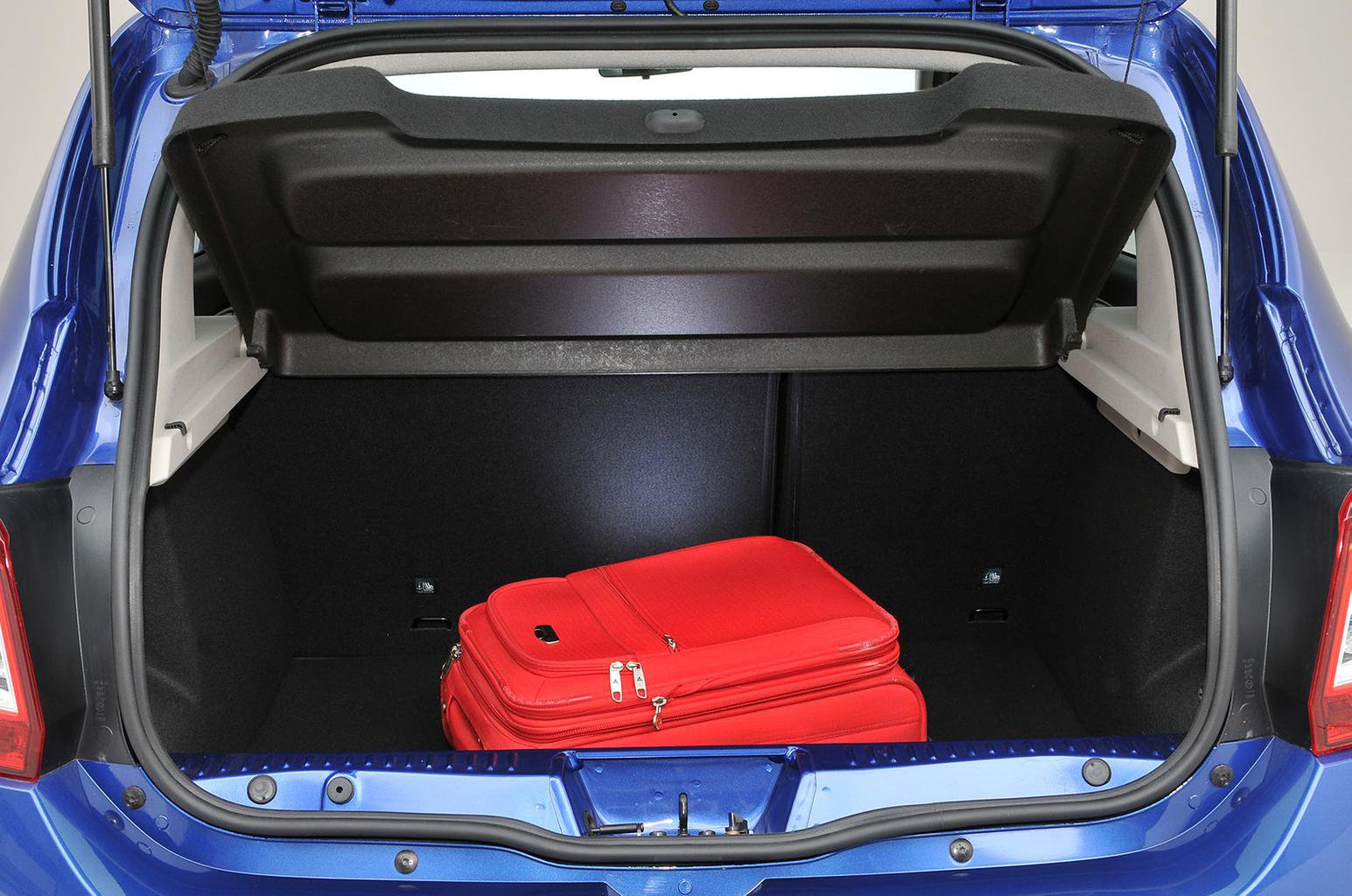 What are the most common problems with a used Dacia Sandero hatchback?

On diesel models, check that the previous owner has taken the car on frequent motorway journeys to ensure that the diesel particulate filter (DPF) can regenerate, as this process is only triggered at high speed. A clogged-up DPF can be costly to replace.

Other potential problems with the DPF-equipped cars come if they have been shut off part-way through regeneration. The result is contamination of the oil system with fuel, which leads to the oil level rising gradually over time. This can cause damage to the engine, if it hasn’t already, so it’s worth getting the car checked out.

Considering the Sandero uses lots of existing bits and pieces that had been used on older Renault models, you would hope that Dacia had sorted out any potential issues. Sadly not, since the Sandero came in last place out of 23 cars surveyed in its class – perversely putting it behind the regular Renault Clio (of which it is a more modern design). Rivals such as the Ford Fiesta and Skoda Fabia also did better.

Owners told us that 21% of Sanderos went wrong. Two-thirds of the faulty cars took more than a day to repair, and some owners were faced with bills of up to £750.

Owner's view  "A lot of things have failed, such as the horn and power steering, and my car had starting problems until it was fixed under warranty”

Dacia as a brand didn’t do that well either, managing 13th place out of 31 car brands.