What used Ford Mondeo estate will I get for my budget?

Between £10,000 and £12,000 is the entry point to the Mondeo Estate. This will buy you a 2015 car in good condition with an average mileage for the year and a full history, probably from a trader or an independent dealer. 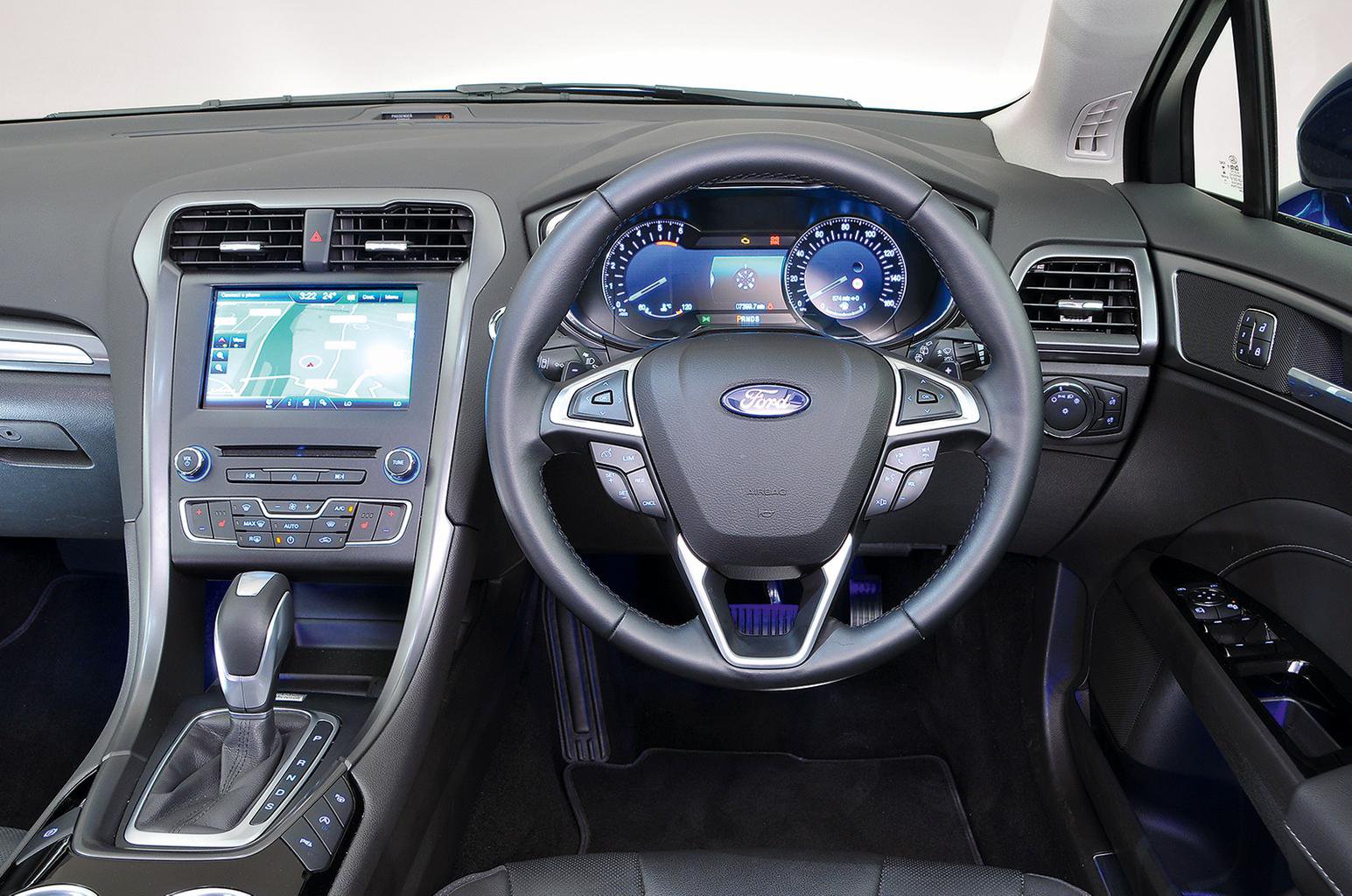 How much does it cost to run a Ford Mondeo estate?

According to official figures, the most efficient model in the Mondeo Estate range is the 74.3mpg 1.5 TDCi Econetic diesel. The most popular model, the 2.0 TDCi 150 diesel, achieves up to 67.3mpg.

If a petrol Mondeo is what you’re after, the 1.0 turbo is rated at a creditable 54.3mpg, while the more potent 1.5 turbo gets 47.1mpg – impressive figures that place them as some of the more efficient petrol cars in the class.

Servicing on the Mondeo Estate isn’t too costly, and parts will be cheap to buy if something does go wrong. Cars over three years of age will qualify for Ford’s Motorcraft servicing regime, under which an annual service at a Ford dealer will cost £149. You'll pay even less at an independent Ford specialist.