The VW Passat Estate has been around in various guises for more than 40 years and eight generations, making it a staple of the used car market. In that time, it’s grown noticeably bigger and gone deliberately upmarket, so much so that this latest version is nearly large enough to house another Passat within its capacious boot and plush enough to rival the best from BMW and Mercedes for luxury.

Underneath, it shares its underpinnings with many of the other cars in the VW Group which means there’s a good choice of engines. Your petrol options (badged TSI) start with either a 124bhp or 148bhp 1.4-litre, a 178bhp 1.8-litre, and a storming 2.0-litre unit with 187, 218 or 268bhp. There’s also a hybrid GTE version, utilising a 1.4-litre petrol engine and an electric motor to produce a combined 215bhp and some outstanding on-paper economy figures. The post-2019 petrol range starts with the 148bhp 1.5.

However, most people buy diesel Passats, and again, you have plenty of options. They start with a 118bhp 1.6-litre TDI and move up to a larger 2.0-litre TDI engine, initially offered in 148bhp, 187bhp and twin-turbo 241bhp versions. In 2020, both the 1.6 and twin-turbo 2.0-litre were dropped, with a less powerful 120bhp 2.0-litre TDI replacing the smaller engine.

There’s plenty of choice in trim levels, too. Even entry-level SE trim provides plenty of gadgets, including the infotainment system mentioned earlier, a leather-trimmed steering wheel, front centre armrest and keyless start, plus height and lumbar adjustment on both front seats. Moving up to SEL adds LED headlights and tinted rear glass, as well as adaptive cruise control and infotainment upgrades. The R-Line adds a panoramic roof and steering-wheel-mounted gear shifters, plus bigger wheels and sporty styling upgrades. It’s a significant step up in price, though, and we wouldn’t bother making it unless these features are particularly important to you.

The off-road Alltrack model is a well-equipped stand-alone trim for the semi-rugged four-wheel-drive models and includes sat-nav, 18in alloy wheels, some fairly obvious, chunky exterior styling cues – you can find out more about the Alltrack here.

On the road, the 1.6 TDI diesel is an adequate performer, but only if you work it hard. The more powerful 187bhp 2.0 TDI variant is worth opting for if you want more assertive acceleration, while top of the range R-Line (and the limited-edition R-Line Edition) models get the option of a 237bhp 2.0 BiTDI engine teamed with four-wheel drive, and put simply, it goes like stink.

The 178bhp 2.0 TSI should be plenty muscular for most; it pulls strongly from low engine speeds and has enough clout to haul five people and their luggage around with ease. Finally, there’s the top-spec 268bhp 2.0 TSI petrol; if you’re looking for something quick but also effortless, this engine, with its strong yet linear power delivery, will satisfy you. It’s only available on the R-Line Edition trim level, though.

Generally, the Passat Estate is good to drive, with a spot-on driving position, and, despite a firm ride, it’s a comfortable car to travel in. The interior’s classy and it’s also massive, so there’s plenty of space for five, and then there’s that huge boot, too, which is only beaten for overall size by the humongous Skoda Superb Estate.

The Passat Estate received a mild facelift in 2019. The bumpers and lights were tweaked, with LED lights becoming standard across the range, and there were new wheel designs and colour options. But the more significant changes concerned technology, with a raft of assistance and connectivity upgrades. The headline arrival with the 2019 facelift, other than the new engines,  was a semi-autonomous autopilot system capable of operating at higher speeds. Dubbed Travel Assist, this can actively steer the Passat at speeds of up to 130mph (where permitted) – a big advance on the 25mph limit of the Traffic Jam Assist system on the pre-2019 cars.

If you're interested in finding a used Passat, or any of the other estates mentioned here, head over to the Used Car Buying pages to find lots of cars listed for sale at a great price. 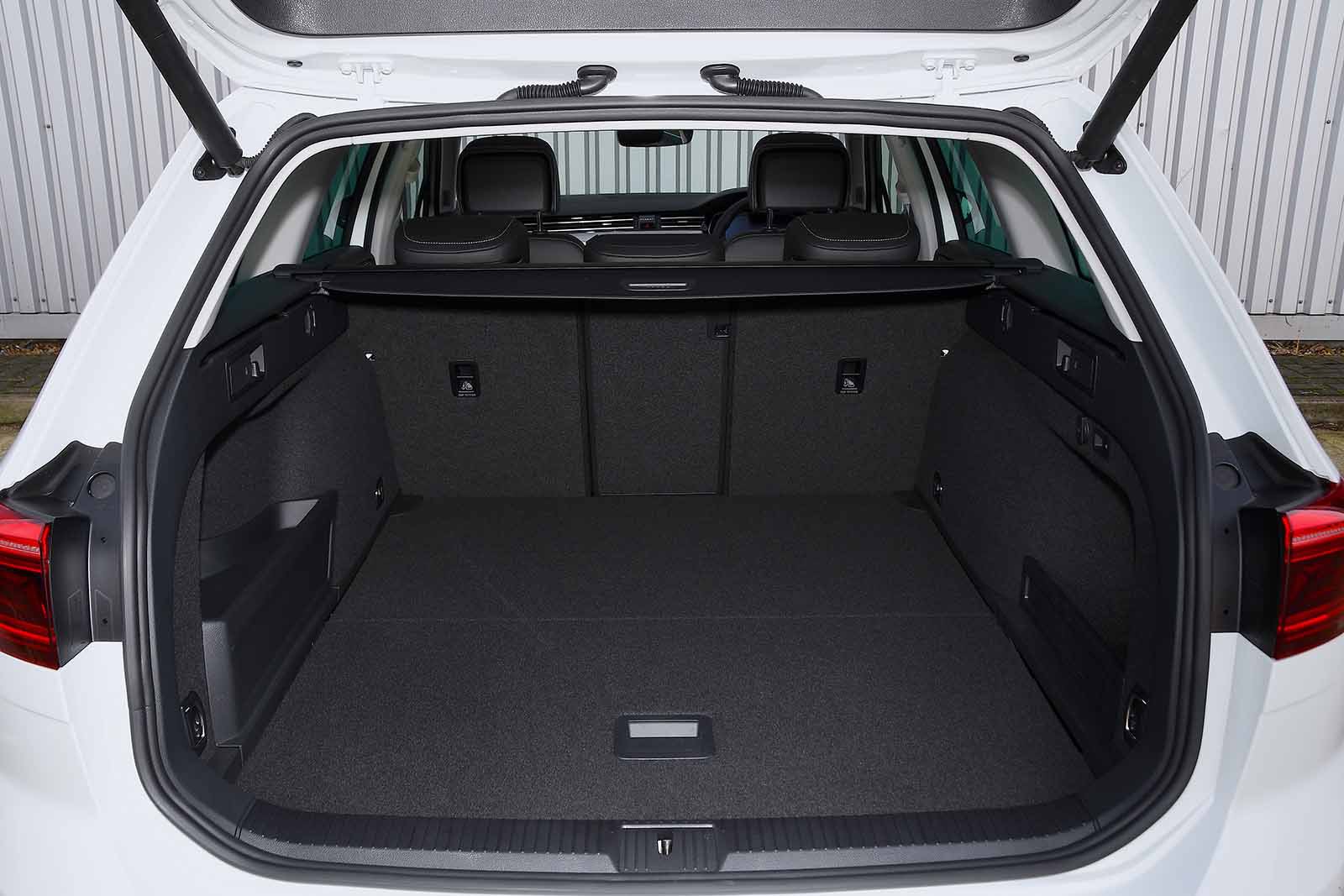