What should I look for in a used Hyundai Accent hatchback?

Hyundai has earned a regular slot in the What Car? Reliability Index's top 10 manufacturers, and the good news is that the Accent scores above average for the make.

When it does go wrong, electrical faults are the most common, followed by problems with the axles and suspension. Repairs to the brakes come next, followed by cooling and heating system troubles.

Engine faults are rare, although gearbox problems plague older models from 2000-2002. Later ones have so far escaped.

Many don't get the servicing they should, and it's low-milers that suffer, so check for scored brake discs, clogged radiators and gunk under the oil filler cap that warns of head gasket leaks. Remember also that skipped intervals invalidate that five-year warranty.

Finally, rust can nibble at the rear wheelarches and also the bonnet and front wings if stone chips are left untended.

What are the most common problems with a used Hyundai Accent hatchback? 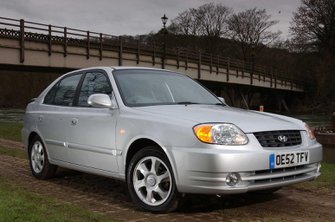