Interior space is one of the XF’s strongest assets. Two tall adults will feel cocooned by the way they sit low in relation to a high window line, but there’s actually more leg room than you’ll find in a BMW 5 Series and enough space between the driver and passenger to not get in each other’s way.

Located in front of the gear selector there is a small shelf that will take most wallets, keys or a mobile phone (and an optional wireless charging pad), while beneath the central armrest is a cubby big enough to accept a bottle of water or a small packed lunch – you’ll also find a USB, USB-C and 12V socket in there. The front door pockets will struggle to accept a large water bottle because they are rather shallow, but at least the XF’s glovebox is a better size, with room for more than just the owner's manual.

Two six-footers will find their knees well clear of the front seatbacks and won't have to put up with their heads brushing the rooflining. In fact, leg room is better than in the BMW 5 Series.

However, three adults side by side won’t have quite as much shoulder room as they would in the 5 Series or the Audi A6. The base of the middle rear seat is also raised, making it uncomfortable to sit on, and there’s very little room for the middle occupant’s feet. Then again, the same goes for most of the XF's rivals.

Each front seatback has a pocket and there's one in each rear door, too, although the latter is quite narrow. 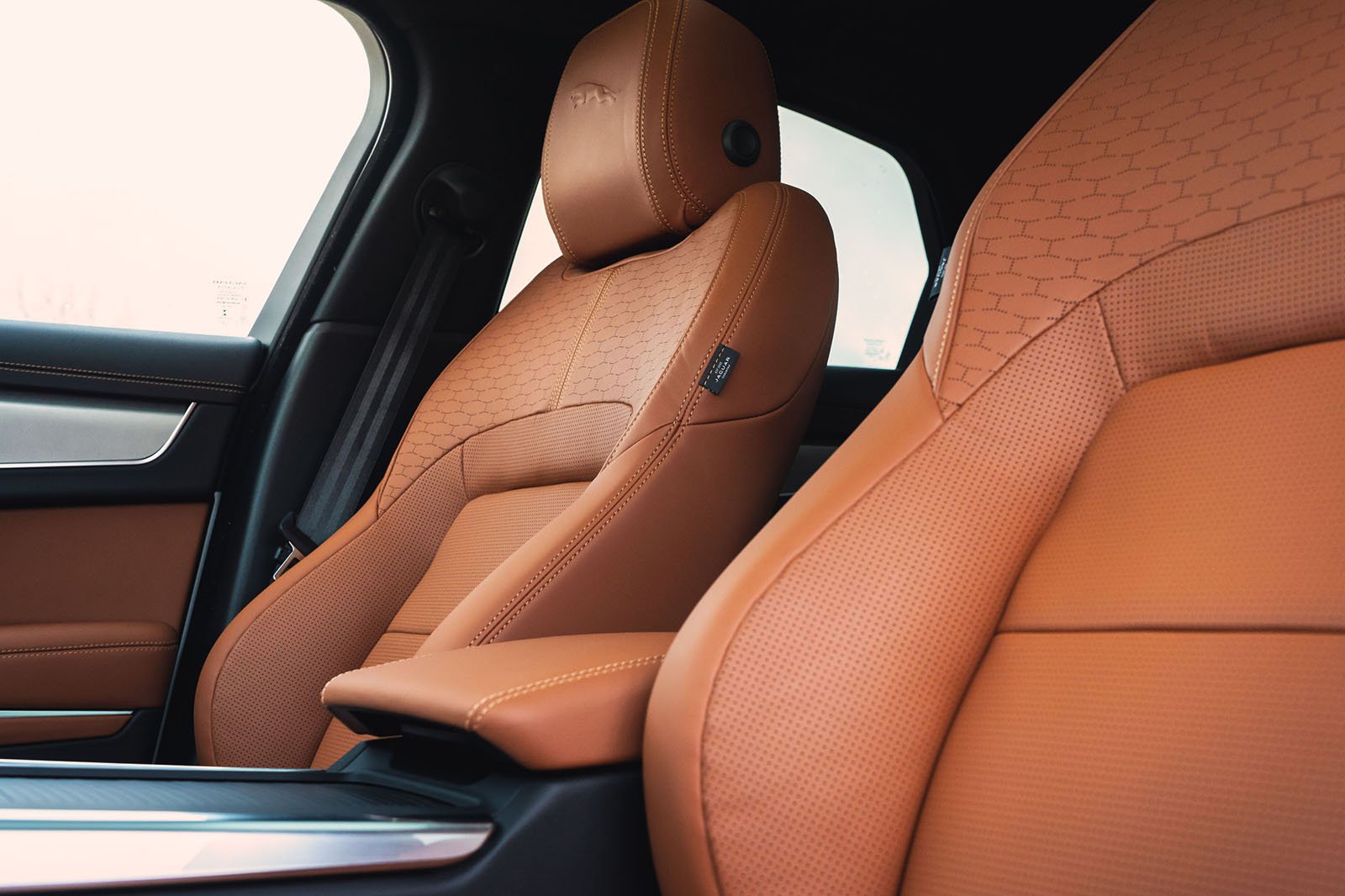 Just like the driver’s seat, the front passenger seat has electric height and backrest angle adjustment as standard, making it easy to fine-tune the perfect position. It even gets electrically adjustable lumbar support as standard, allowing you to fend off lower back pain on longer journeys.

The XF has a similar amount of outright boot space to its key rivals, the 5 Series and Mercedes-Benz E-Class. However, access is less impressive, because the XF's boot aperture is small even by saloon standards, so loading broad items can be tricky.

The boot also narrows dramatically towards the rear seats. This means that, when the seatbacks are down, you’re left with a narrower tunnel to squeeze items through than in the Audi A6 and 5 Series.

An electric boot lid comes as standard – a feature you have to pay extra for on the 5 Series.