What should I look for in a used Jaguar XJ saloon?

The Jaguar XJ is heavy on its suspension, so listen out for clonks that may come from worn suspension bushes around the car, especially if you turn into a corner quickly.

Keep an eye out for smoke from the back of the car. A little black smoke under heavy acceleration on diesel versions is par for the course, but white or blue smoke on any model will be a sign of a more serious issue.

Every XJ has lots of electronic trickery on board, so check it all works. Run through all the functions of the on-board entertainment system, and if satellite navigation is fitted, check it still picks up a GPS signal.

To date, there have been nine recalls on this shape of XJ. The most serious of these included a reprogamming of the gear selector module to fix a fault which caused the car to go into reverse at high speed, affecting cars built before June 2003, and a recalibration of the engine management software to prevent overheating the particulate filter overheating and possibly catching fire, affecting diesel models built between April 2005 and March 2007. Before buying, it's worth checking that any recalls your car may need have been carried out using the DVSA website. 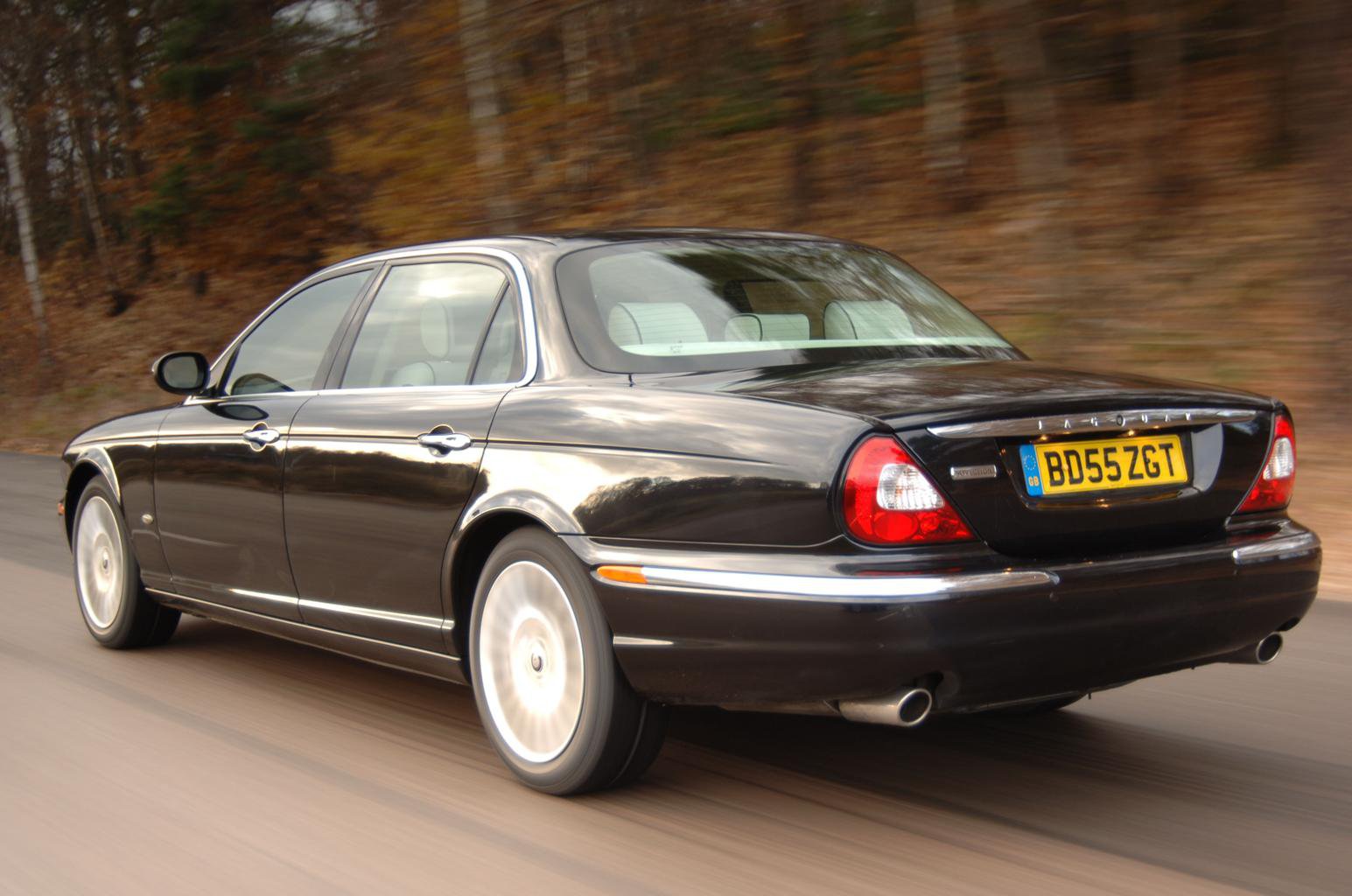 What are the most common problems with a used Jaguar XJ saloon?

The Jaguar XJ's air suspension has been known to give problems. Compressors have a relatively short service life and cost around £300 to replace; shock absorbers also give way, though less regularly.

XJs are renowned for suffering from corrosion, which is quite a feat given that they’re made from aluminium. The problem is thought to be the steel rivets which bind the aluminium body together; the interaction of the two metals creates corrosion in the aluminium panel, which is already affecting some cars and can cause problems further down the line.

Diesel versions feature particulate filters that need to be cleaned out. Fortunately, they do this themselves, but need a run at motorway speeds every couple of weeks in order to be able to do this. So, if your driving is mainly around town, you'll probably be better off with a petrol model.

Those complex electronics can create foibles, but mechanically the XJ should be reasonably dependable. Jaguar’s cars are historically reliable, and according to the What Car? Reliability Index, the XJ suffers fewer expensive faults than the Mercedes S-Class. That said, the BMW 7 Series looks to fare a touch better.