This Cherokee is far better than the one it replaced. However, it still carries on the tradition of go-anywhere Jeep motoring, both good and bad.

First, the good news. It is a superbly capable tow car and workhorse, and it will keep going long after most rivals get stuck off-road. There's plenty of space for four inside its well-equipped cabin, and fitting five isn't too much of a push.

It's practical, as well. The driving position and large front seats are still comfortable after several hours behind the wheel, and there's a clear view all round, so it's easy to park. The boot's a useful size, too, the rear bench folds easily and the split tailgate has an independently opening glass upper half.

The bad? The Cherokee feels coarse and crude on the road, with a jiggly and unsettled ride, It's also noisy at speed and less agile than many competitors. Of the four available engines, none is really a first choice. 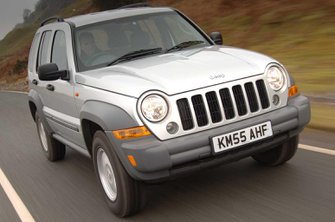