The Sportage's biggest attraction is its low prices. When it was new, it was an awful lot of car for the money, but its residuals are quite weak, so once it's a used car, things are even better.

There's certainly plenty of room inside, particularly in the back, where there's more leg space than in dearer rivals such as the Nissan X-Trail. The Sportage will take five people in comfort and, thanks to its big boot and 60/40 split rear seats, it makes a fine family car.

There's also no skimping on kit, with even the most basic models getting air-con and four electric windows. However, in too many places, you're reminded just why the prices are so low. The dash is dour and built from cheap-looking black plastic, for example, while the firm ride, vague steering and occasionally noisy engines make for a disappointing drive. 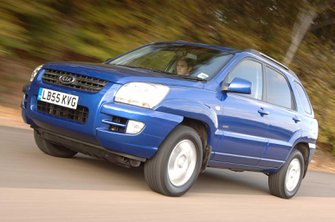