What should I look for in a used Land Rover Range Rover Evoque 4x4?

The Evoque is likely to have been used on school runs and commuting trips as well as for family holidays, so check the bodywork for car park scuffs and the alloy wheels for any kerb damage, and check everything works in the interior, especially the seat operation.

Although it is unlikely, some Evoques might have been taken off road; it is a Land Rover, after all. So, have a look underneath for evidence of off-road damage, such as dented panels, caked-on mud or broken bits of plastic.

Unfortunately, it seems build quality can be variable on the Evoque.

Most problems centre on the non-engine electrics, especially around the air-con and sat-nav units, with gearbox woes a close second, followed by engine and suspension issues. Automatic gearbox problems on the Evoque are fairly common. These gearbox problems can vary greatly and can be caused from a software fault to actuator problems, right up to problems with the gearbox itself.

There are known issues with the tailgate alignment on the Evoque. This poor alignment can also mean that the reversing camera on the dashboard could be slightly out of alignment and therefore leave you without the full picture.

On vehicles with engine start-stop technology, the flywheel is prone to early wear due to the continual starting and stopping. If you feel excessive vibration through the clutch pedal, this will be the most likely cause. 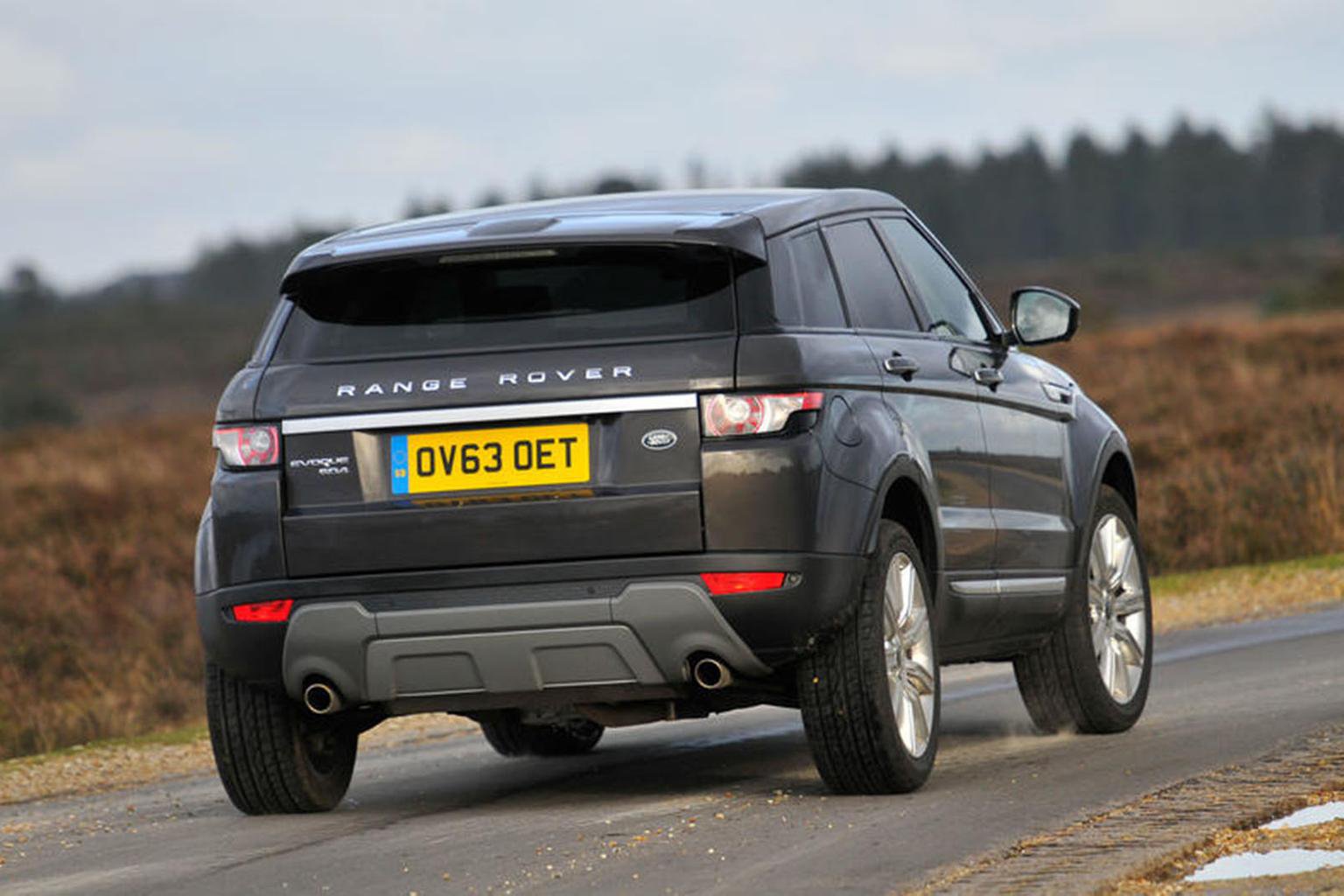 What are the most common problems with a used Land Rover Range Rover Evoque 4x4?

A fuel leak could occur from the fuel rail in the engine bay of some examples made from 5 May 2016 to 31 January 2018. Find out from a Land Rover dealer if yours is affected because it'll need to have a new fuel rail fitted to solve this issue.

There have been two recalls for the Evoque that relate to a damaged electrical wiring harness that can lead to a short circuit. The first applies to Evoques manufactured between 9 July 2015 and 16 October 2015, and the second is for cars fitted with a 2.0-litre fitted with an automatic gearbox and built from 4 July to 10 October 2016. Check with a dealer if you think your car is affected by this because it'll need to be inspected by a technician and have the necessary repair work carried out.

Issues with parts of the fuel gauge system in the fuel tank could lead to an incorrect reading on some examples built between 5 October 2018 and 5 March 2019. Speak to a Land Rover dealer to find out if yours is affected by this; if it is, it'll need to be checked by a technician who'll carry out the necessary repairs.

A bolt for a knuckle on the lower control arm of the front suspension could work loose on some Evoques constructed between 31 March and 25 August 2016, and potentially leave you without control of the steering. Find out from a dealer if your car is affected; if it is, it'll need to be checked by a Land Rover technician who'll replace the necessary parts to eliminate the issue.

The front passenger airbag of some cars made between 12 July to 26 October 2016 may not deploy at all in a collision, potentially increasing the risk of injury. Affected Evoques will need to have the airbag replaced as part of this recall.

A few examples built between 2-7 March 2017 could have a loose locking ring (which secures the fuel pump in the fuel tank), and this could lead to fuel vapour escaping into the interior or fuel to leak out onto the ground. Speak to a Land Rover dealer for further information because a technician will need to check that the ring is tightened correctly to prevent future issues.

Evoques built from 5 July 2018 up until the end of production that have an emergency call system installed might not operate correctly when called upon. Find out if your example is affected because it'll need to have a software update to make sure it functions properly.

Some Evoques manufactured between 9 March 2015 and 7 July 2018 can produce too much CO2 compared with stated figures, and will require a software update to be installed at a Land Rover dealer in order to reduce them.

The Evoque didn’t feature well in the most recent What Car? Reliability Survey, finishing last in the family SUV category. Land Rover as a brand fared just as well in last place out of 31 manufacturers.