What alternatives should I consider to a used Mazda 3 hatchback?

The obvious alternative to the Mazda 3 is the Ford Focus, which is closely related to the 3 under the skin. It’s just as much fun to drive and has a slightly more upmarket interior, but it’s more ubiquitous, which might be a downside if you want to stand out from the crowd.

The Volkswagen Golf suffers the same problem, but to make up for it, it enjoys a truly classy interior and smart looks on the outside too. It’s efficient, well-built and enjoyable to drive, too, though it isn’t quite as sharp or as exciting to drive as the Mazda.

The Honda Civic’s wacky styling is certainly enough to make it different to the norm, and its reputation for reliability is another great attribute. Trouble is, it isn’t all that great to drive, and the fussy interior is tricky to use.

If you really want peace of mind, a good bet is the Kia Cee’d. Most used examples still have a good chunk of the seven-year manufacturer’s warranty left over, meaning most faults will be fixed for free. That’ll more than make up for its slightly cheap-feeling interior and average driving dynamics for many people. 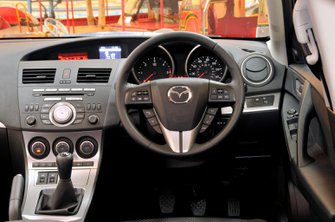