Very few cars have the classless appeal of the Volkswagen Golf and, with this seventh-generation model, which ran from 2013 all the way up to the beginning of 2020, VW managed to come up with a car that was not only as multitalented as its predecessors but also improved on them significantly.

For starters, there’s the range of low-capacity 1.0, 1.4 and later 1.5-litre turbocharged petrol engines that punch far above their weight in terms of performance, yet return impressive fuel-efficiency. Then there are the 1.6 and 2.0-litre diesel engines for those who travel on the motorway every day. Anybody interested in ultra-low emissions driving might want to consider either the plug-in hybrid GTE or full-electric e-Golf. For those more interested in speed, there's always the hot hatch GTI or ballistically quick Golf R.

Trim-wise, on the regular cars, entry-level S trim isn’t lavishly equipped; you get air conditioning and four electric windows (or two on three-door models) but there are no alloy wheels and few other niceties. Move up to the rather better-equipped Match, SE or SE Nav and you'll add 16in alloy wheels, automatic lights and wipers, a leather-trimmed steering wheel, power-folding door mirrors and adaptive cruise control, plus many useful driving aids, infotainment upgrades and safety features. Next up the scale GT added more luxuries, and later models topped out with R-Line trim, which made the Golf a very smart and well-equipped thing indeed, though you'll obviously pay a premium on the used car forecourt for the extra goodies.

To drive, even the regular versions of the seventh-generation Golf are deeply impressive; comfortable and stable at any speed, yet also offering enough response from the chassis and sharpness from the steering to make them all enjoyable. The Golf also rides better than nearly all of its contemporaries, thanks to its supple suspension, and even the 1.0 and 1.6 TDI versions that come with a slightly less sophisticated rear setup are nicely complaint over most broken road surfaces. The Golf also handles with precision, and there's plenty of grip in all versions.

Inside, things are also very smart, whichever trim you go for. The dashboard is built from even more upmarket-feeling materials than in previous generations, and is laid out almost ideally, with all the major controls right where you need them to be. The driving position is multi-adjustable and visibility good. Infotainment is taken care of by an 8.0in touchscreen system with Apple CarPlay and Android Auto. Its graphics are sharp and it has clear menus, but the screen is mounted a little low. VW's Active Info display is an option on most models, and one that's well worth seeking out. Its 12.3in digital screen replaces conventional analogue dials and can be set up to display a multitude of information in a clear and concise fashion.

Space up front is plentiful, even for tall drivers, and there's good leg and head room in the rear, even if six-footers won't want to sit behind similar front-seat occupants for long. The boot is big enough for a huge weekly shop, or a baby buggy, but probably not both at the same time.

For all this, there is of course a price to pay – the Golf is a little more expensive to buy than most of its contemporaries when compared like for like. Also, some rivals, such as the Skoda Octavia, are even more spacious, but the Golf still offers more than enough space for the average family. And when you take into account all that it offers, the Golf starts to look like it’s worth every penny of its higher price.

What’s more, most versions come with more than enough equipment to satisfy the majority of used car buyers. And, because of the Golf’s ubiquity, it’s easy to find an example that suits your wants and needs.

The Golf was substantially updated in 2017, with some styling tweaks to the exterior, a range of more efficient engines, some additional trim levels and a new infotainment system for the interior. This later version has become known by the unofficial moniker Mk7.5. It was replaced by the all-new Mk8 version in 2020. 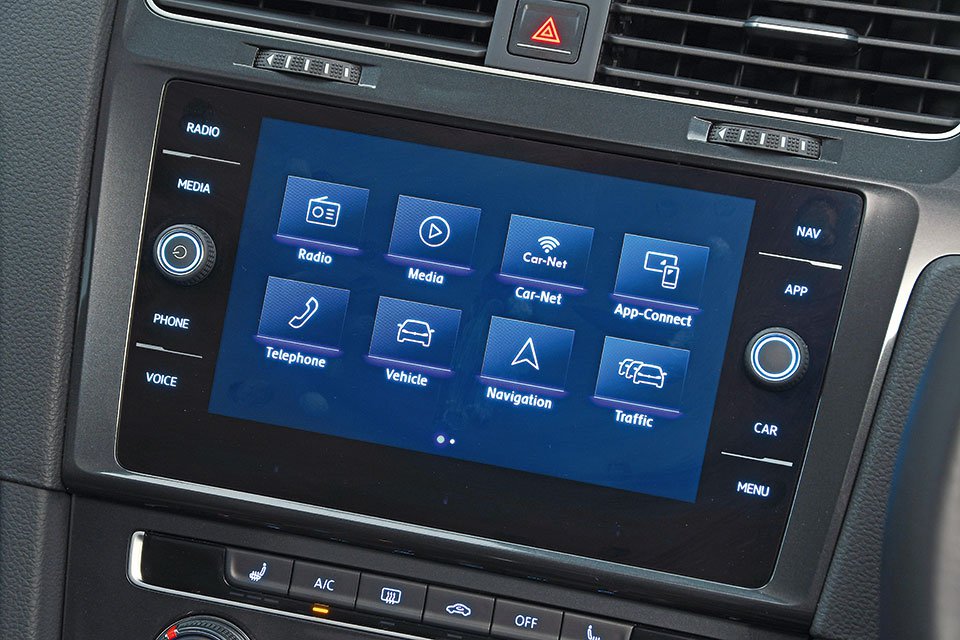