For Skoda, a lot rides on the Octavia. It’s the brand’s biggest-selling model worldwide and when this third-generation model was introduced in 2013, its push slightly upmarket was seen as a bit of a gamble.

It soon paid off, though, with healthy sales and a rapid rise in the Octavia's reputation as a sensible, practical family hatchback that can hold its own against premium rivals such as the Audi A3 and Volkswagen Golf. Indeed it was so successful it lasted right the way through - with the help of one facelift in 2017 - until 2020 when it was replaced by a larger and all-new fourth-generation version.

The Octavia features a range of familiar Volkswagen Group engines. These include a 113bhp 1.0-litre petrol, a 148bhp 1.4-litre petrol (later replaced with a 1.5-litre), a 113bhp 1.6-litre diesel and a 148bhp 2.0-litre diesel. More explosive vRS versions are also available, in either petrol or diesel form.

There’s a choice of models, too, ranging from the entry-level S up to the posh Laurin & Klement, which comes kitted up to the hilt. In between, you'll find SE, SE Technology and SE L are the most popular versions; the former gets dual-zone climate control and front fog lights as standard, while SE Technology adds an upgraded touchscreen sat nav and, in later cars, automatic emergency braking. SE L, meanwhile, adds snazzier Alcantara seat trim and privacy glass.

Out on the road, there's plenty more to like. All of the engine options deliver adequate performance and are capable of 0-62mph in less than 10 seconds, although the larger units are more flexible and better-suited to motorway cruising and cross-country driving. The Octavia's ride isn't quite as smooth as that of the Golf, but it's still very comfortable, and heaps better than many rivals'. And while it's no sports car, it nevertheless handles very tidily; responsive steering and well set-up suspension mean the Octavia changes direction fast and always feels composed, and there's more than enough grip on offer too.

That aforementioned facelift in 2017 brought a more distinctive nose with quad headlights, though there were few other design changes. More equipment was added to each model, though, while the 1.2-litre and 1.4-litre petrol turbos were replaced by 1.0-litre and 1.5-litre engines respectively.

While the Octavia shares a platform with its Volkswagen Group siblings, it has been lengthened to provide superior interior and boot space. Indeed, there’s very little to touch it in the space and practicality department; there’s plenty of head and leg room inside and a huge boot that offers more than enough luggage room for a family.

If you're interested in finding a used Octavia, or any of the other Family cars mentioned here, head over to the Used Car Buying pages to find lots of cars listed for sale at a great price. 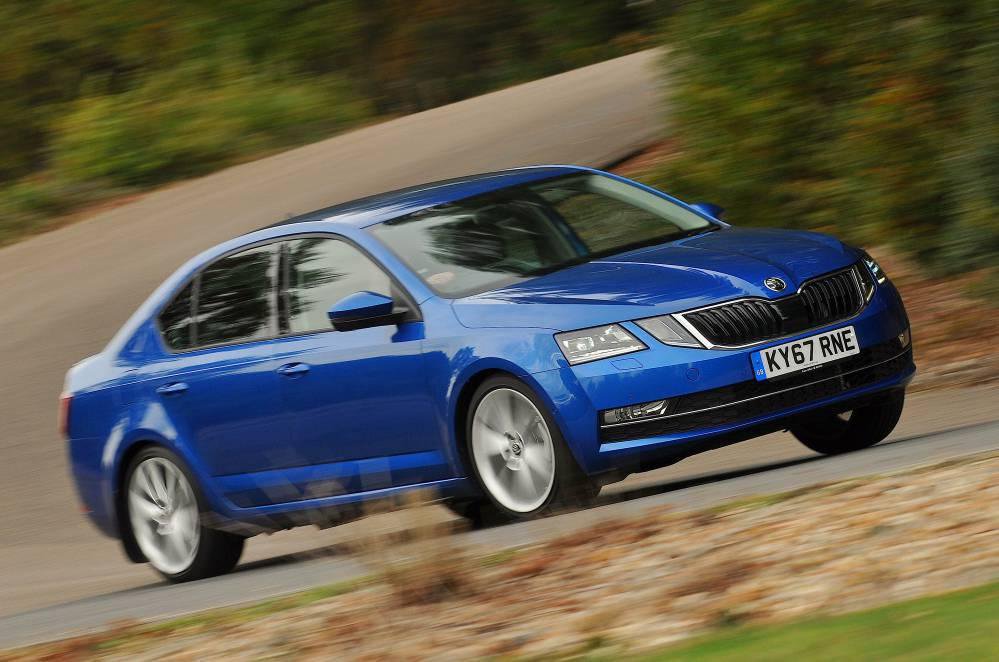