What used Mercedes GLC Coupe coupe will I get for my budget? 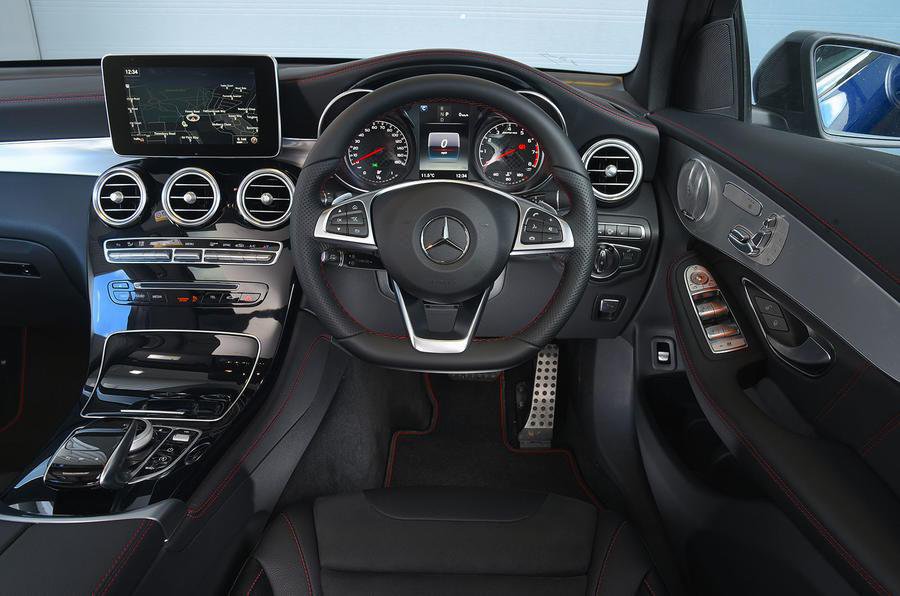 How much does it cost to run a Mercedes GLC Coupe coupe?

Not surprisingly, the diesel-engined versions are the most economical, especially the four-cylinder ones. The 220d registers a claimed 56.5mpg under the older, tougher NEDC tests, with corresponding CO2 emissions of 131g/km. The 250d is slightly below that, with an average claimed figure of 52.3mpg NEDC, while the 350d manages a claimed 41.5mpg.

Tax for cars registered after April 2017 will be charged at the current flat rate, but because most GLC Coupés cost more than £40,000 new, they’ll also attract a luxury car tax surcharge of £310 a year. Insurance groups start at 29 for the diesels, but the faster models peak up at group 43, so premiums could be high.

Mercedes-Benz operates a number of servicing plans, with prices starting from around £27 per month, and this guarantees the price of parts and labour for up to three services.