Perceived quality lags behind that of an Audi TT, although there are nice touches including soft leather on the upper dashboard and a sports steering wheel. The SLC's buttons and rotary climate control dials don't feel as nicely damped and much of its dash plastics neither look nor feel very plush.

The SLC’s infotainment system is also looking very old hat next to more modern Mercedes models. Mercedes' own Comand set-up offers neither the intuitiveness or graphical slickness of rival systems from BMW and Audi, and is in places clunky and irksome to use. Drivers get a second smaller screen between the two front dials to show speed and other information, which is handy when you’re on the move.

The driver is treated to widely adjustable sports seats and steering wheel, plus well-aligned pedals, while the view forward is good thanks to the SLC’s narrow A-pillars. The view backwards isn’t as good with the roof in place, because its large folding metal structure is quite an obstruction. 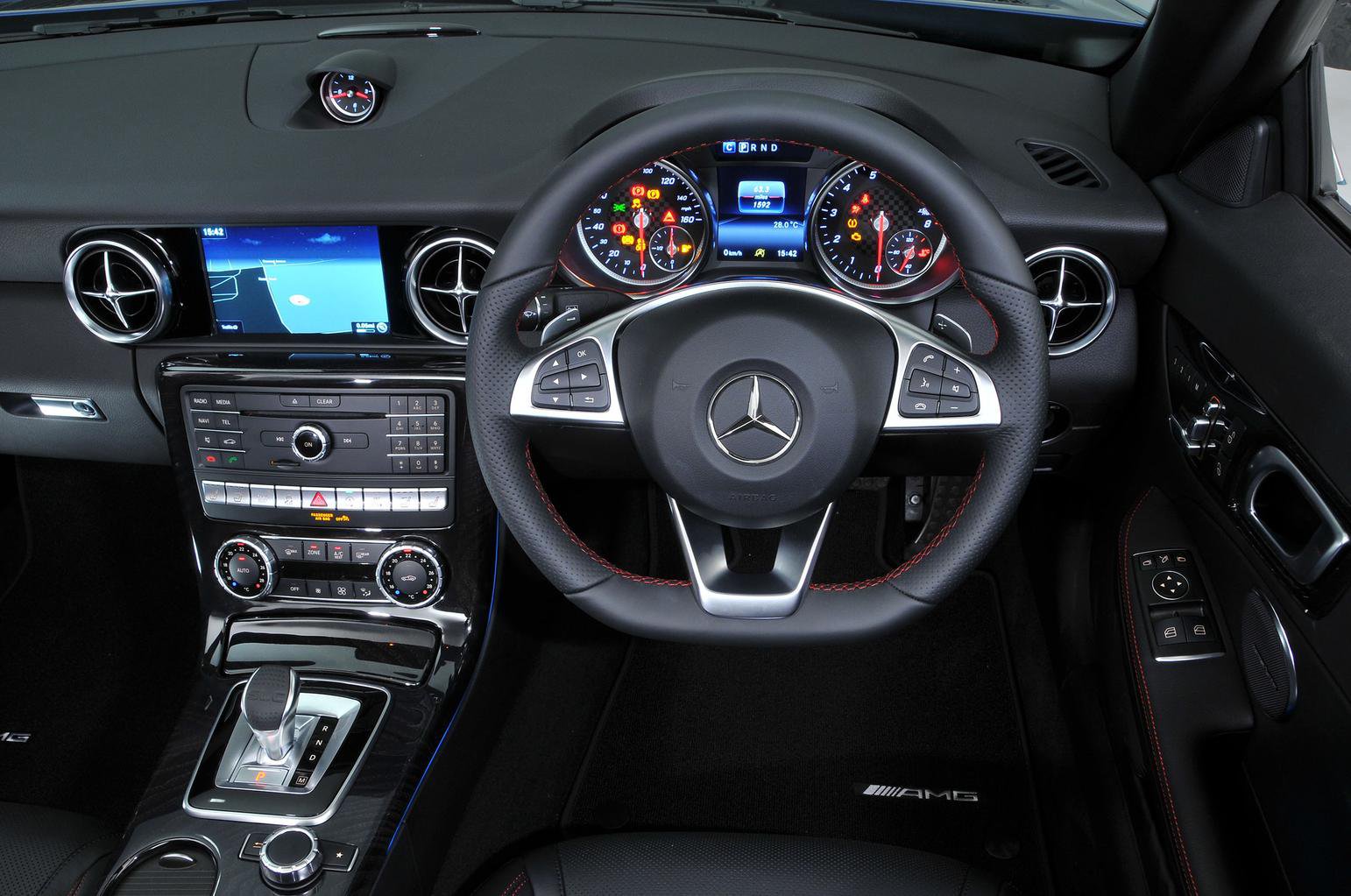