The MG ZT is surprisingly good, especially since the Rover 75 it's based on was such a soft and spongy drive. The ZT is grippy, stable and agile, with much less body roll in corners and sharper responses.

There's a good range of engines to suit all tastes, most of which give strong performance. They do need to be worked hard, though.

The conversion from 75 to ZT also brought about styling changes inside and out, which may be a bit too garish for some people. What wasn't lost, though, was the generous passenger space and lots of kit that came as standard.

On the downside, the boot is a bit small considering the size of the car, and visibility isn't all that great. However, buyers can take comfort in the fact that the ZT was built when BMW was calling the shots at MG Rover, so build quality is pretty good. 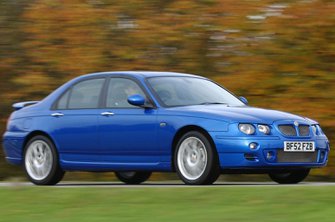