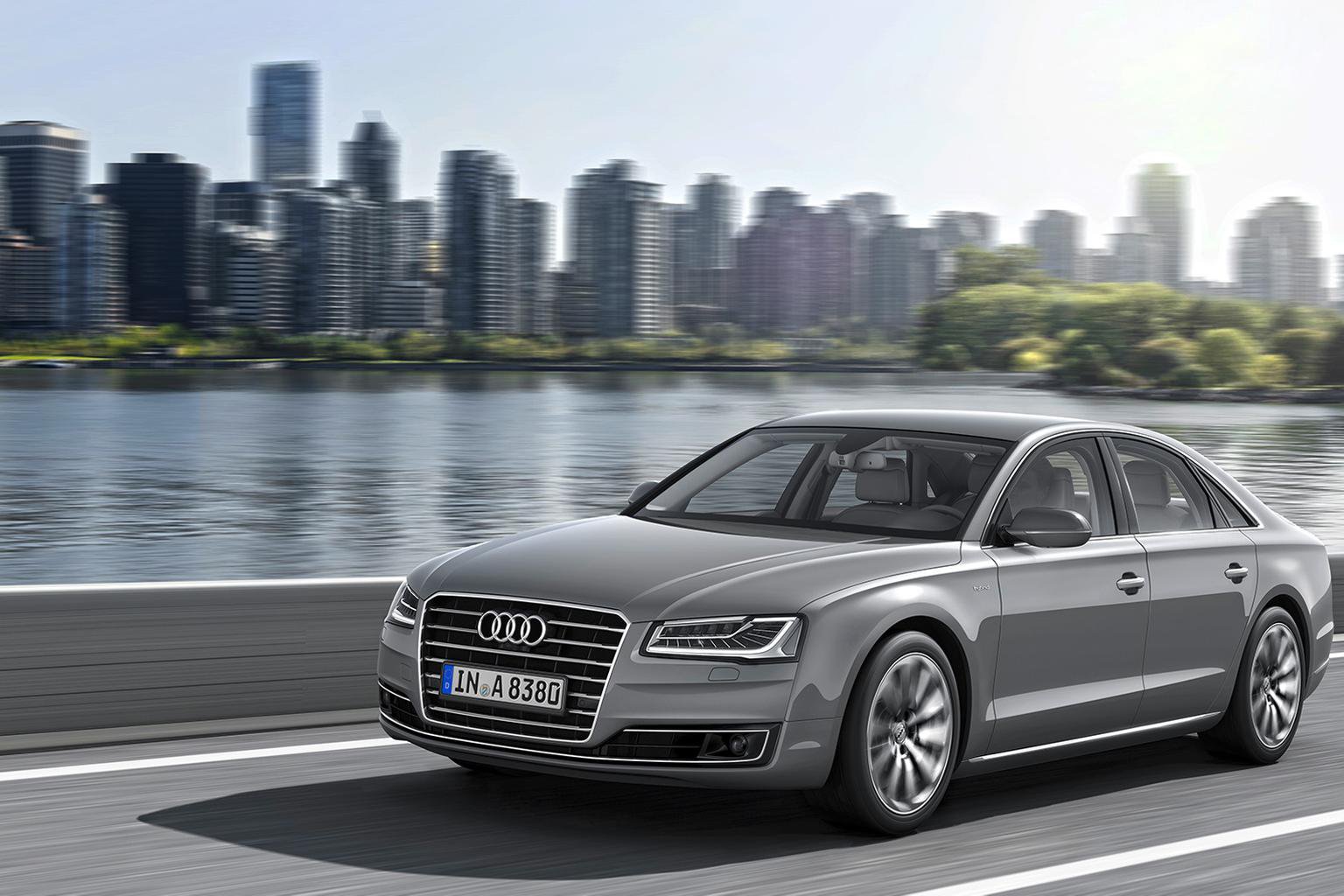 The 2014 version of the Audi A8 has been revealed, ahead of its full international debut at next month's Frankfurt motor show.

Audi's flagship limousine gets a series of front-end styling tweaks and a raft of changes to the engine line-up.

It gets a redesigned bonnet, front bumper and grille, and new LED headlights, each with with 25 LEDs. An intelligent cornering light system is able to use predictive route data from the navigation system to adjust the angle of the lights automatically.

The rear lamps have also been flattened, while new chrome details and high gloss window surrounds are also added. The A8 will also be available with a choice of 12 colours - five more than before.

The boot layout has been changed to improve loading, and insulation has been added to the dampers to reduce interior noise.

A hybrid version combines a 2.0-litre TFSI petrol engine and an electric motor for combined figures of 242bhp, 44.8mpg and 147g/km.