New Lexus LS vs Audi A8

Lexus’s hybrid LS limo is back for its most determined attempt yet to shake up the luxury car class. That means beating the Audi A8... 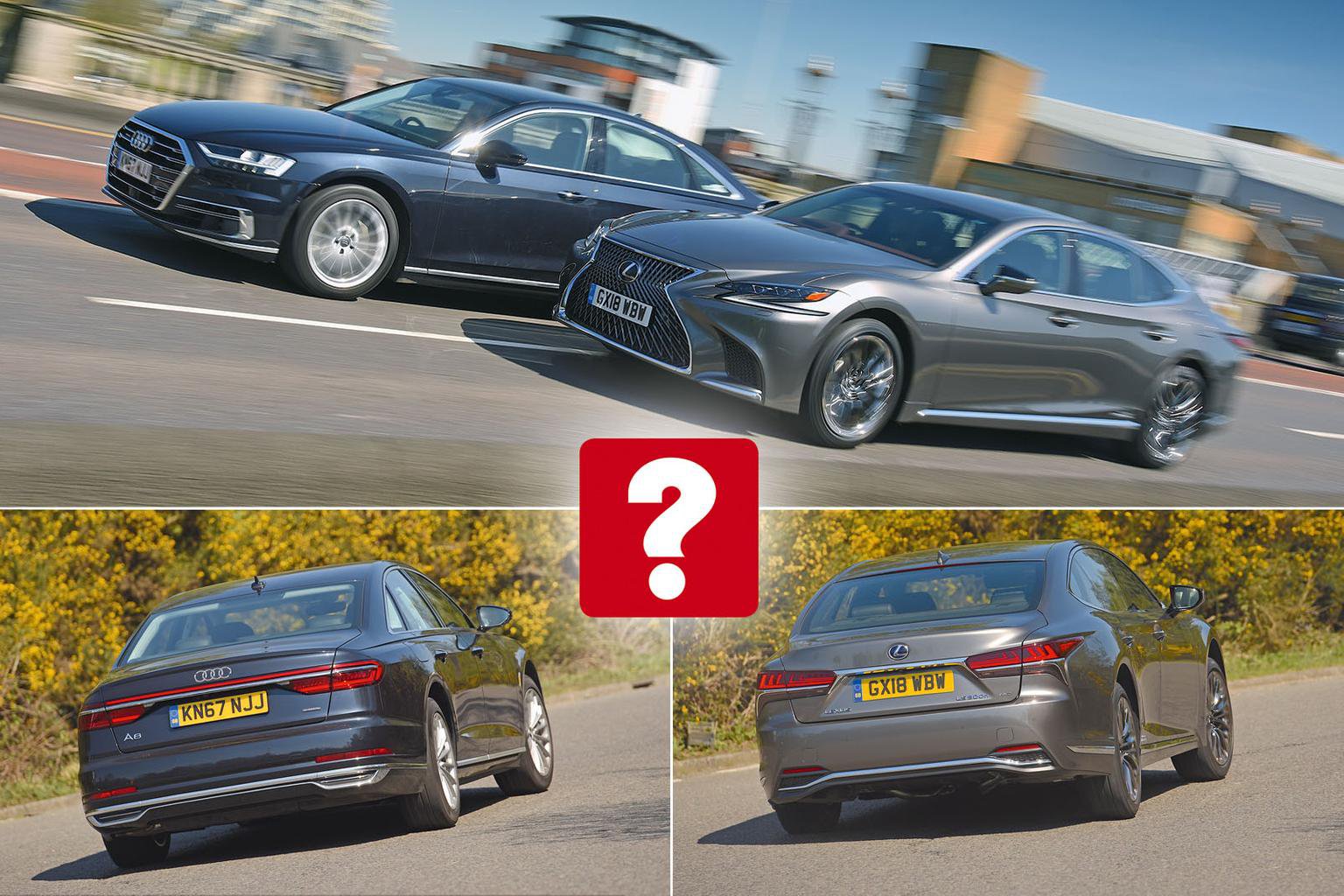 The current benchmark in the luxury car class is back to defend its five-star rating.

“The drive to the conference was great. Nose to tail.” So says Audi’s double-page advert for the new A8. We thought it was rather clever; just 10 words overlaying an interior picture of the car are enough, it would seem, to describe exactly what a luxury saloon should be about. And Audi knows a thing or two about luxury.

The A8 saw off the likes of the Mercedes-Benz S-Class to be named best luxury car in the £50,000 to £100,000 price bracket at our 2018 Car of the Year Awards. With a beautifully built interior, a powerful yet refined 3.0-litre diesel engine and a ride quality that puts even the Rolls-Royce Ghost to shame, the A8 has simply wafted past all the competition.

And yet, just as you find in business, it’s best not to get too complacent; there’s always a new start-up waiting to muscle in on your share of the market. And in this case, it’s the new Lexus LS that wants a piece of Audi’s comprehensive pie.

Now, it’s stretching things to describe the LS as a plucky newcomer – indeed, its family tree runs back to the late 1980s – but such is the reinvention of this fifth-generation model that it genuinely feels like a new competitor. While the previous car wasn’t exciting to look at or drive, this new model has a sloping roofline to give it a striking silhouette and it’s packed with technology aimed at beating the A8 at its own game. 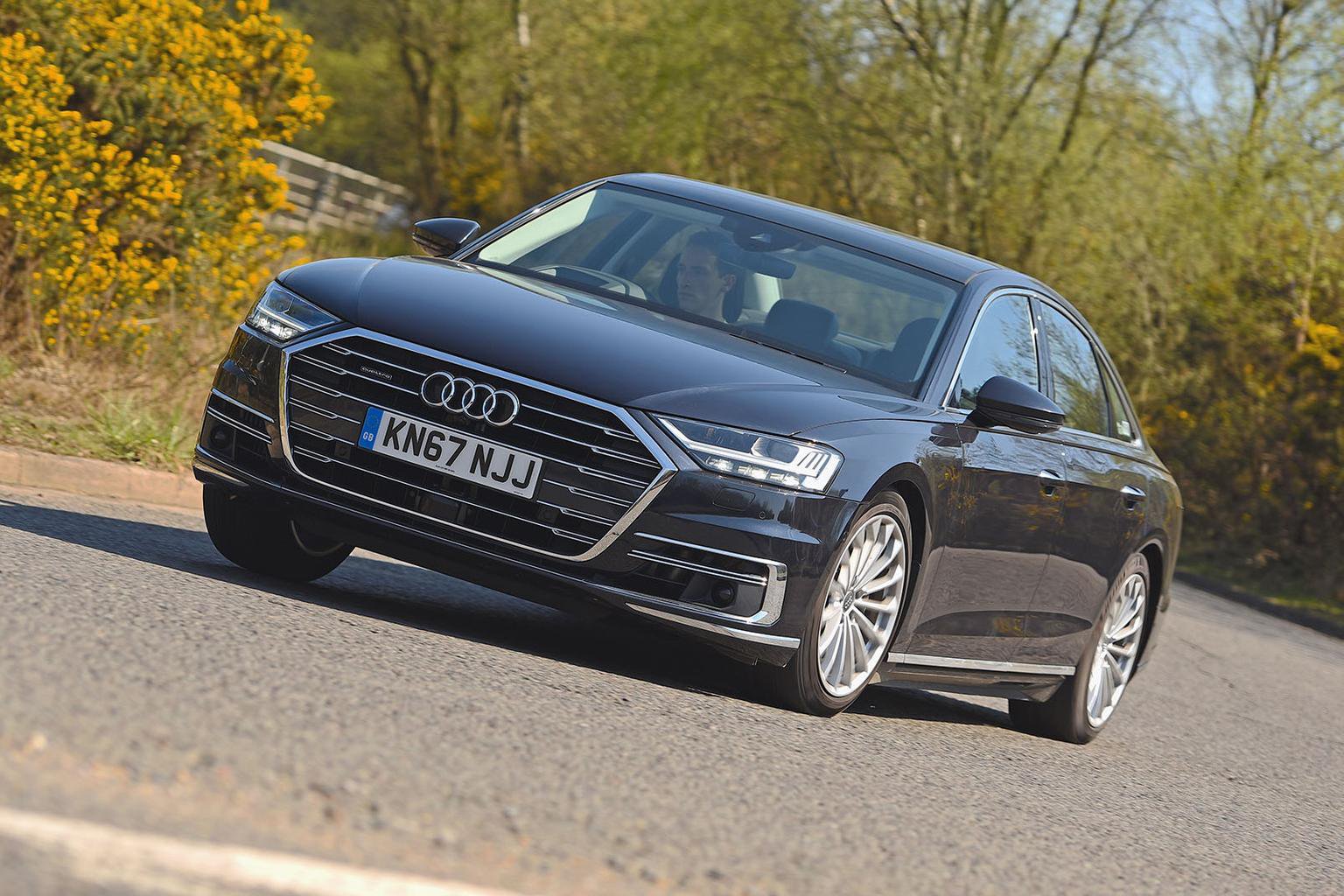 “It is better to fail in originality than to succeed in imitation,” novelist Herman Melville once said. This quote seems rather apt when it comes to describing the LS, because instead of imitating its German rivals by fitting a diesel engine, Lexus has instead decided to go down the route of petrol-electric hybrid power.

Around town, that decision makes sense. While the A8’s 3.0-litre diesel sounds slightly gravelly just above idle, the LS remains virtually silent, thanks to the wonders of electric propulsion. It’s a serene experience and one that simply can’t be replicated by a conventionally powered car, no matter how many layers of sound deadening you fit.

However, unlike a Porsche Panamera 4 e-Hybrid, the LS is not a plug-in hybrid, so you get electric power in small bursts only. That means you have to rely mostly on the LS’s 3.5-litre six-cylinder petrol engine once you’re out of town – and this presents two problems. 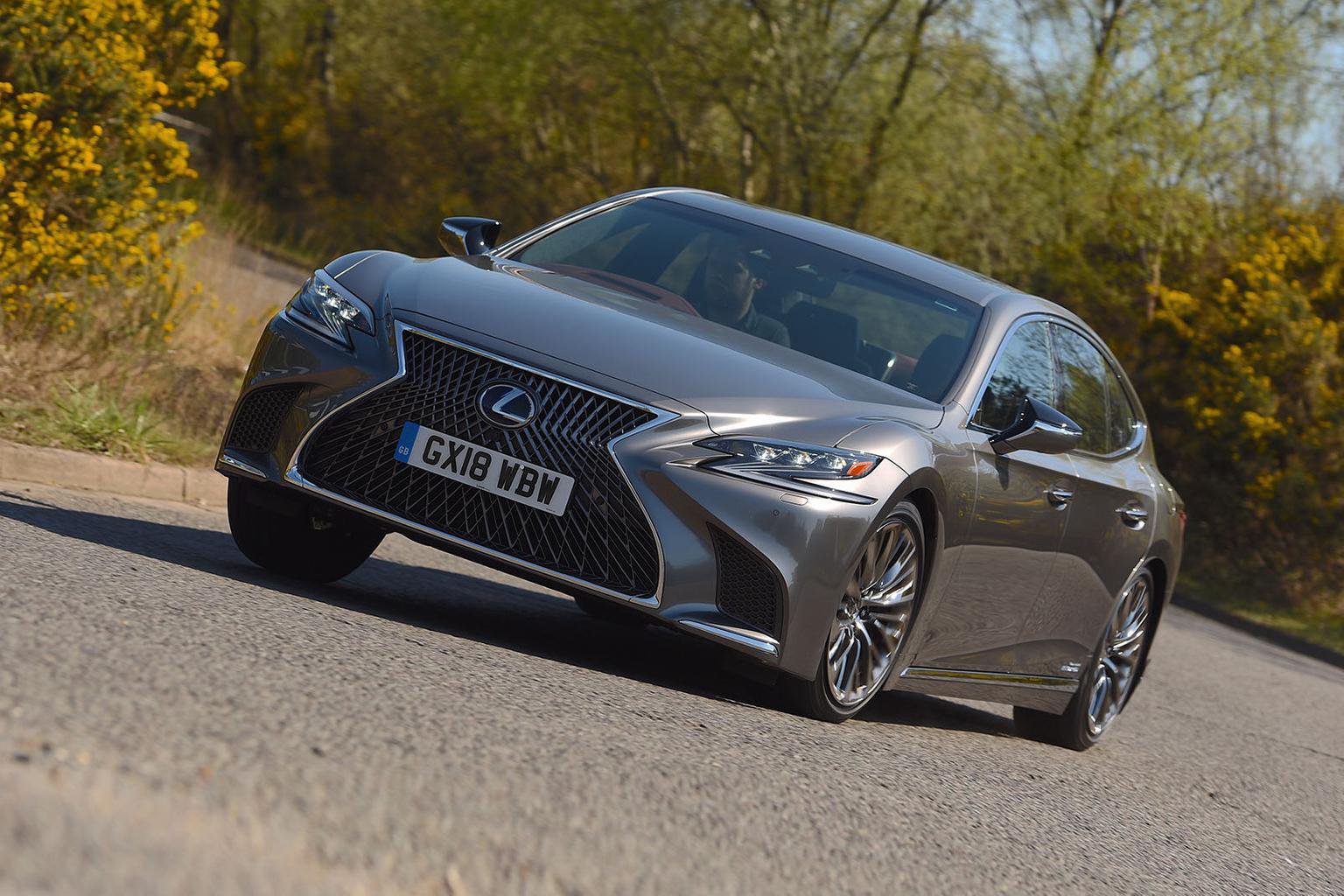 The first is that the LS’s engine is coarser than the A8’s, and the second is that, once the battery that powers the electric motor has been depleted, what you’re left with is a rather thirsty two-tonne petrol limo. And neither of these issues is helped by the elastic nature of the CVT automatic gearbox, which causes the revs to flare with even the smallest prod of the accelerator.

The A8 scores even more points over the LS when it comes to handling. On fast country roads, the willingness with which the A8 turns in to corners, while still keeping body movements under control, is impressive for such a large car. Meanwhile, the LS’s light steering doesn’t build enough weight to instill confidence in the driver, and there’s quite a bit more body roll through corners.

In cars like these, a crucial area to get right is ride quality – and here the A8 is again streaks ahead of the LS. The LS frequently shimmies and thumps over potholes and expansion joints, whereas the A8 simply translates those impacts into registrable but untroubling patters. It’s one of the best-riding cars we’ve ever tested.