The Vauxhall Adam Rocks convertible has made its public debut at the Geneva motor show.

As well as a folding fabric roof, the Adam Rocks sports protective cladding around the front and rear to give it a more rugged appearance.

The Adam Rocks retains the same basic look as the hatchback, much in the same manner as the convertible version of the Citroen DS3 and the new Peugeot 108. The side pillars and door remain fixed, while the roof is operated electronically, and folds back to the rear of the car in just five seconds and at any speed.

Vauxhall has made the three-layer roof noise insulated, while a neoprene centre helps keep it waterproof.

Vauxhall has also given the Adam Rocks a much more rugged look, with protective grey cladding on the front and rear bumpers and the side sills. There are also extra chrome details around the front and rear foglights and indicator housings. A rear roof spoiler and front and rear silver skid plates are also included. A choice of 17-inch or 18-inch alloy wheels is available.

The Vauxhall Adam Rocks is to be the first model in Vauxhall's range to come with the new 1.0-litre three-cylinder engine.

The new engine comes in two power outputs: 89bhp or 113bhp. Although final economy figures have not yet been confirmed, the lower-powered version promises emissions as low as 99g/km and fuel economy around 62mpg. The 113bhp version is expected to offer similar levels of economy.

The Adam Rocks is set to go on sale in the summer. Pricing will be revealed closer to the car's launch, but it is expected to cost around £1000 more than the equivalent Adam hatchback. 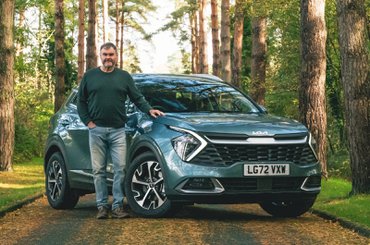 Deal of the day: Vauxhall Adam