2017 Honda Civic revealed - everything you need to know

Honda is taking renewed aim at the family hatchback market with this latest Civic, which goes on sale in late March...

The outgoing Honda Civic has faced an uphill battle to stay competitive in the small family car market. That’s not because it’s a bad car, but because rivals such as the Ford Focus, Vauxhall Astra and Volkswagen Golf, have all seriously improved. It’s high time, then, for the Civic to be treated to a serious upgrade. 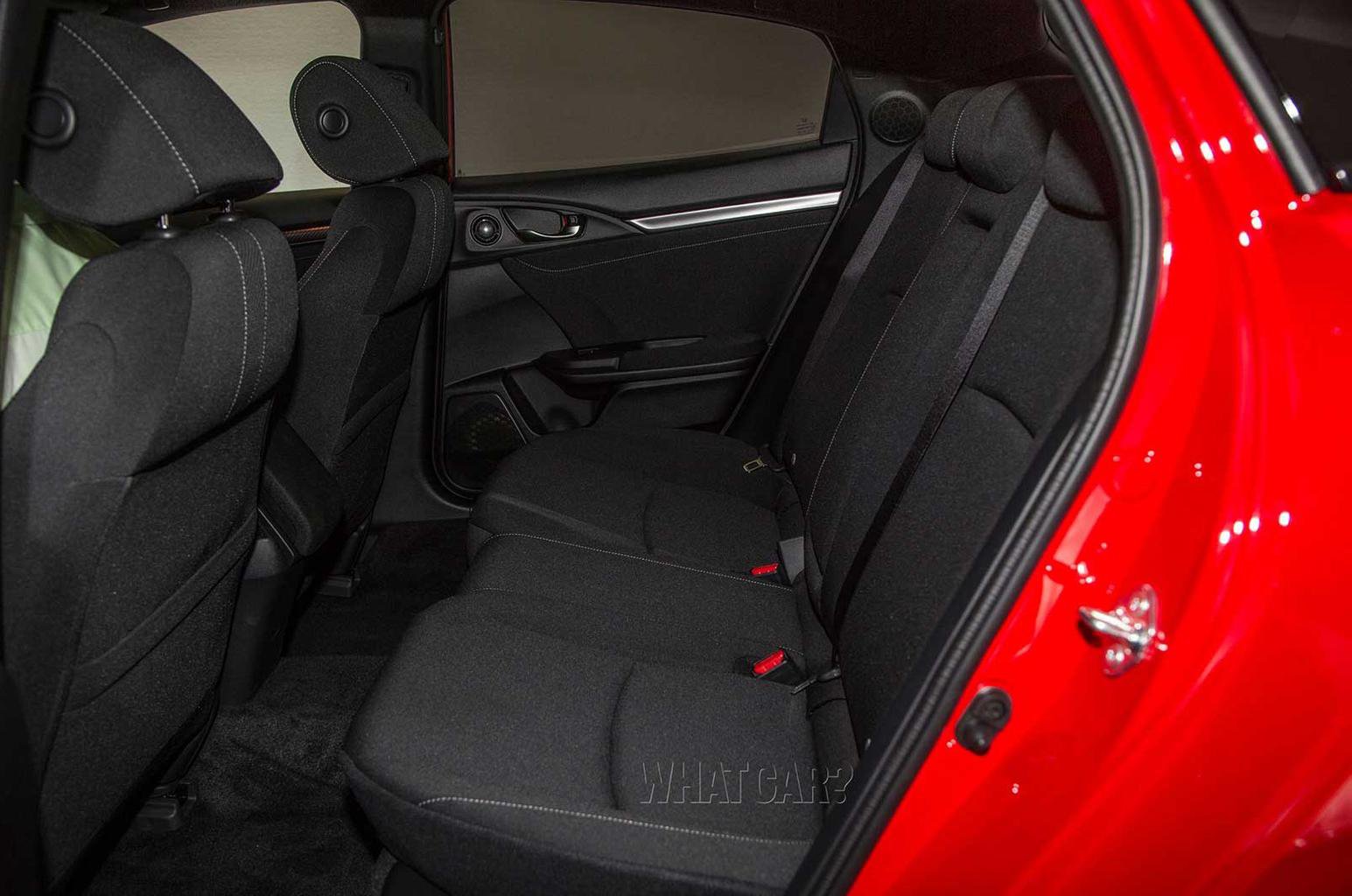 We’ve already had a preview of the styling of this new, 10th-generation Civic, in the form of a conceptual version revealed earlier this year. We knew at the time that the concept was only a thinly disguised version of the production car and, as expected, very little has changed. The new Civic is significantly larger than the current model in almost every respect, although it is lower than before; it’s also longer than all of its main rivals. 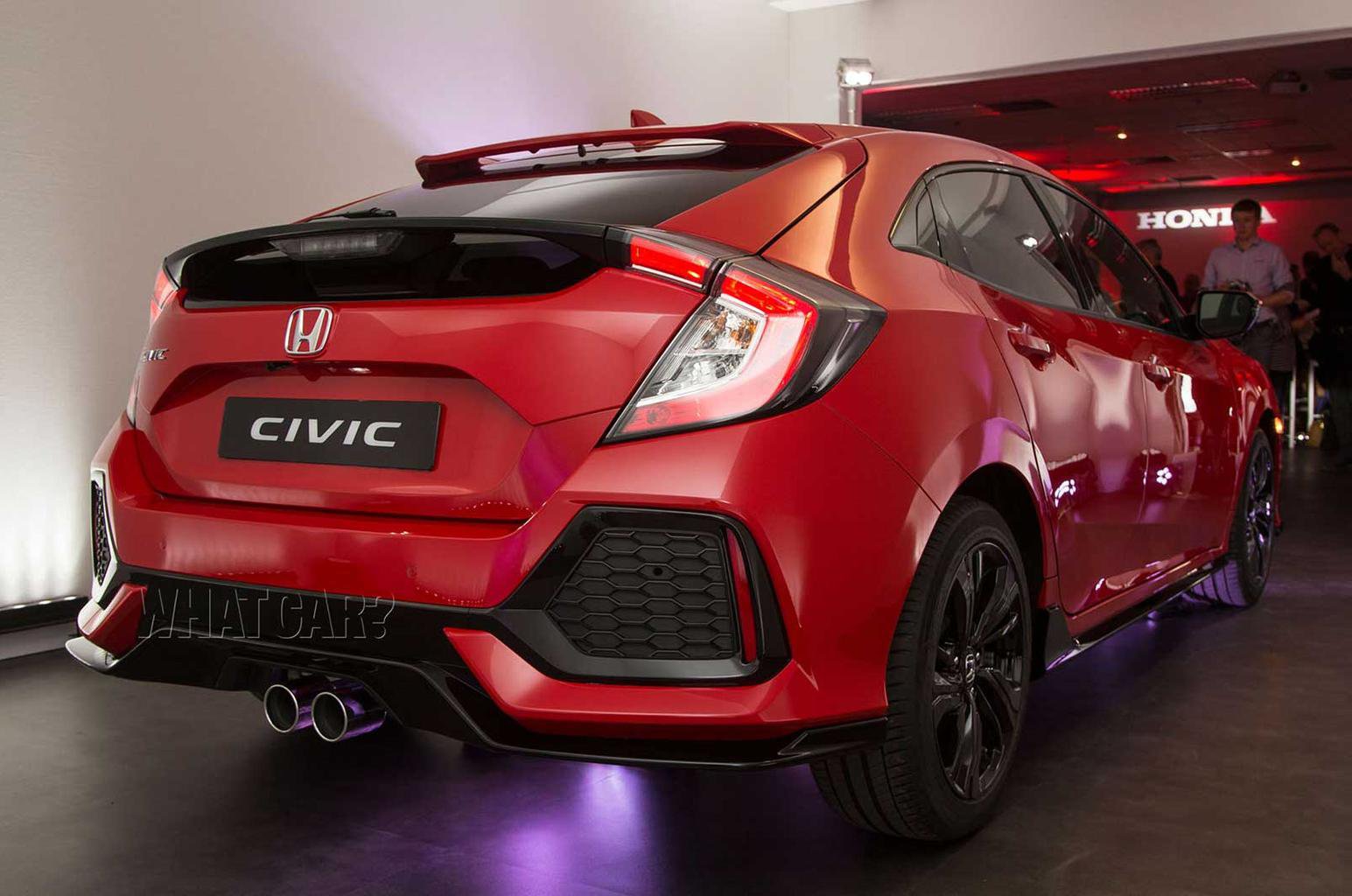 Like the current Civic, the new car will major on flexible interior space. Honda already offers more storage space inside than its rivals from Ford, Vauxhall and Volkswagen – an edge it maintains with the new Civic, which has 478 litres of boot space. However, Honda’s ‘magic seats’, which split and fold to maximise luggage space, and were much praised on the current Civic – aren’t offered on the new car.

The new Civic’s interior features a new part-digital instrument cluster in front of the driver, which can be set up to show a range of different driving and infotainment information, including turn-by-turn sat-nav instructions.

There are also new steering wheel-mounted controls. Most functions are controlled through a touchscreen infotainment system, reducing the amount of buttons on the dashboard. We don’t much like Honda’s current infotainment software, because although it offers internet connectivity, it’s slow to respond to inputs and clunky to use, so we’ll be interested to see what improvements the Japanese manufacturer has made with its new system. 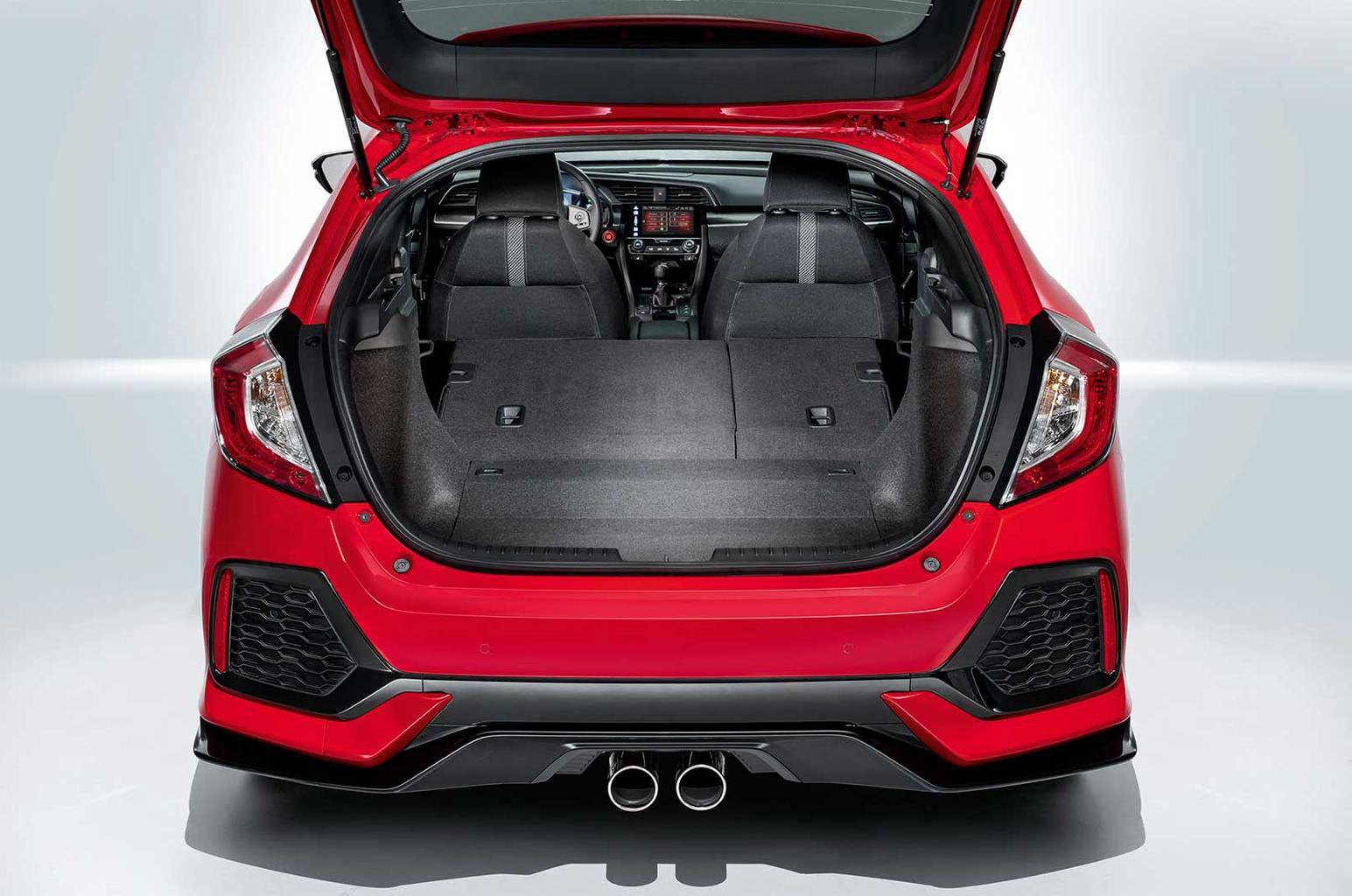 At launch, two petrol engines will be offered. The entry-level option is a 1.0-litre engine with 127bhp and expected CO2 emissions of less than 106-117g/km. However, the majority of buyers are likely to opt for the more powerful 180bhp 1.5-litre petrol.

A sole diesel engine – a 1.6-litre carried over from the previous Civic – is expected to join the line-up later. It will be tuned for better fuel economy and CO2 emissions than its predecessor, which produces 118bhp and emits 94g/km of CO2. The diesel is also our current pick of the Civic’s engine range.

A six-speed manual gearbox will be standard across the range, but a CVT automatic is optional with the petrol engines; a nine-speed automatic will be offered with the diesel. We won’t find out more about the new Civic’s fuel economy figures or running costs until closer to the car’s launch, but the outgoing car is competitive in both respects. 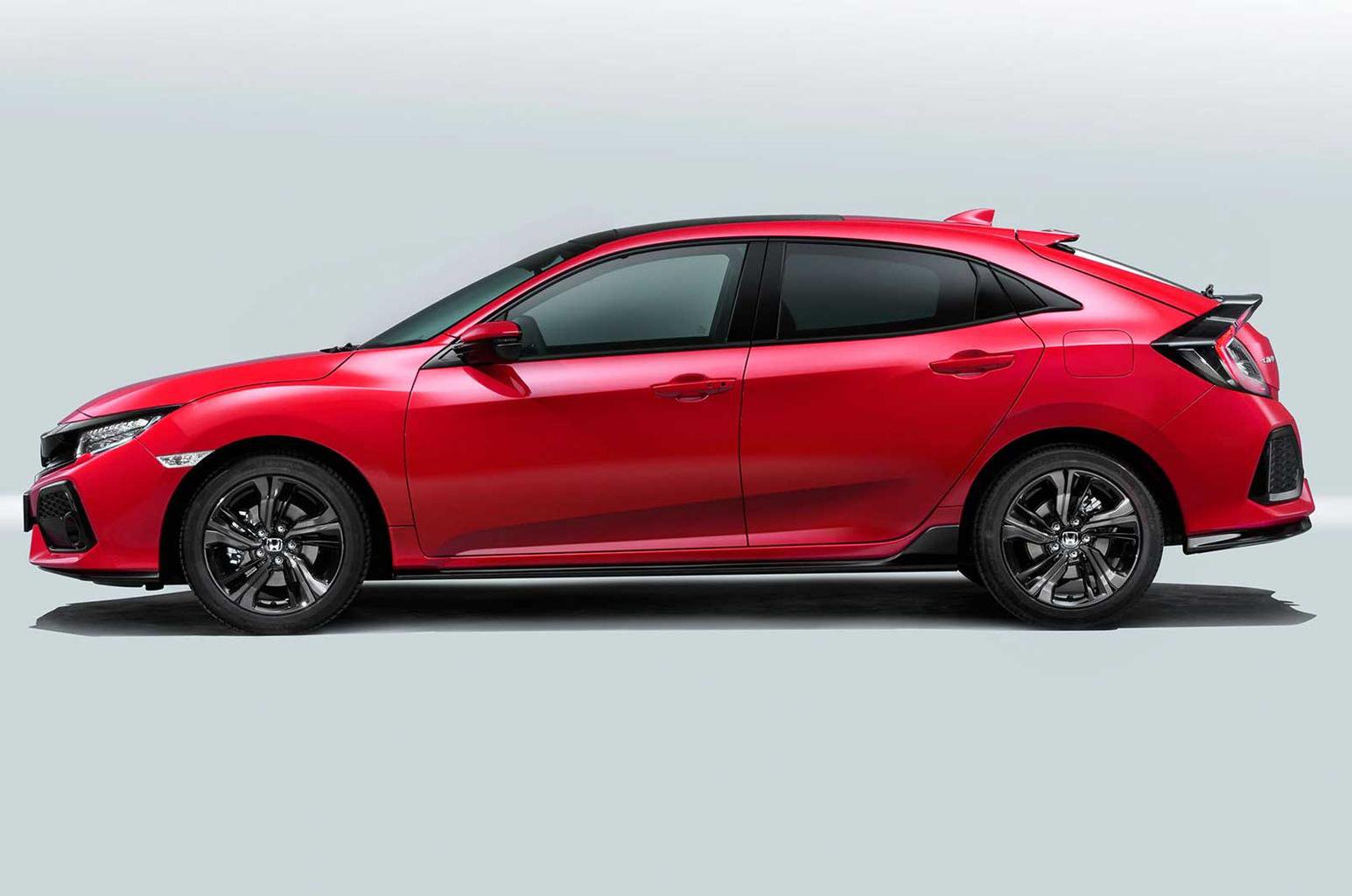 Honda is offering the new Civic in seven different trim levels: S, SE, SR, EX, Sport, Sport Plus and Prestige. Details of the equipment on each trim level have not been released, but SE, which is our choice of trim, should come with a touchscreen infotainment system, dual-zone climate control, a reversing camera, parking sensors and automatic lights and wipers. Android Auto and Apple CarPlay functionality are available on the new Civic, giving drivers the ability to control their smartphones through the car. A panoramic sunroof also features on the car’s options list.

The new Sport version has a more aggressive front-end design and a central twin exhaust to give the new Civic a sportier look. 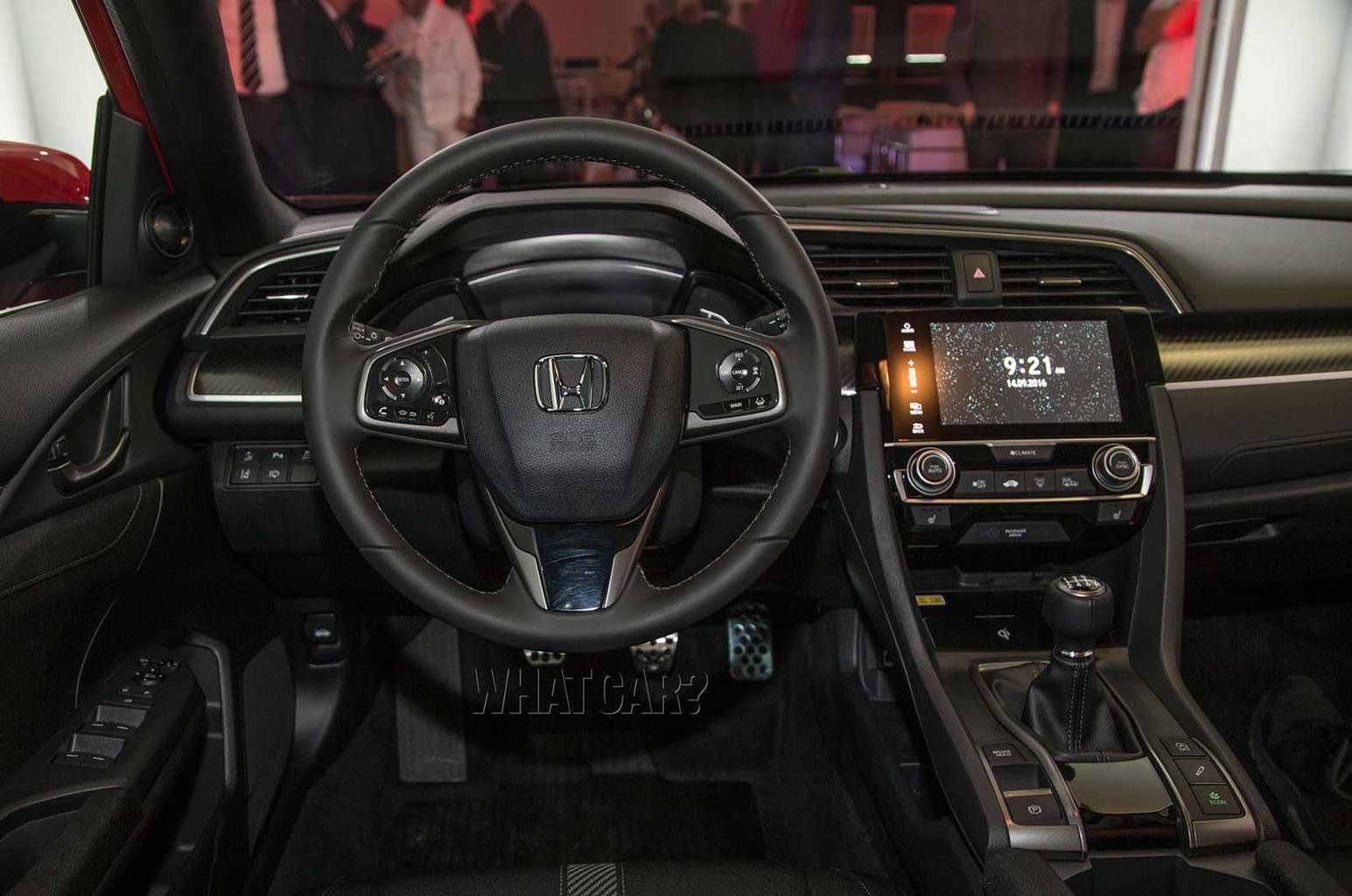 No plans for other bodystyles have been confirmed, but a new version of the Civic Tourer estate can’t be ruled out for later on in the car’s life. Similarly, those seeking a hot hatch version of the Civic can rest assured, too, because a Type-R badged performance model will appear before 2020. That model is expected to use a modified version of the current Type R’s 306bhp 2.0-litre petrol engine. 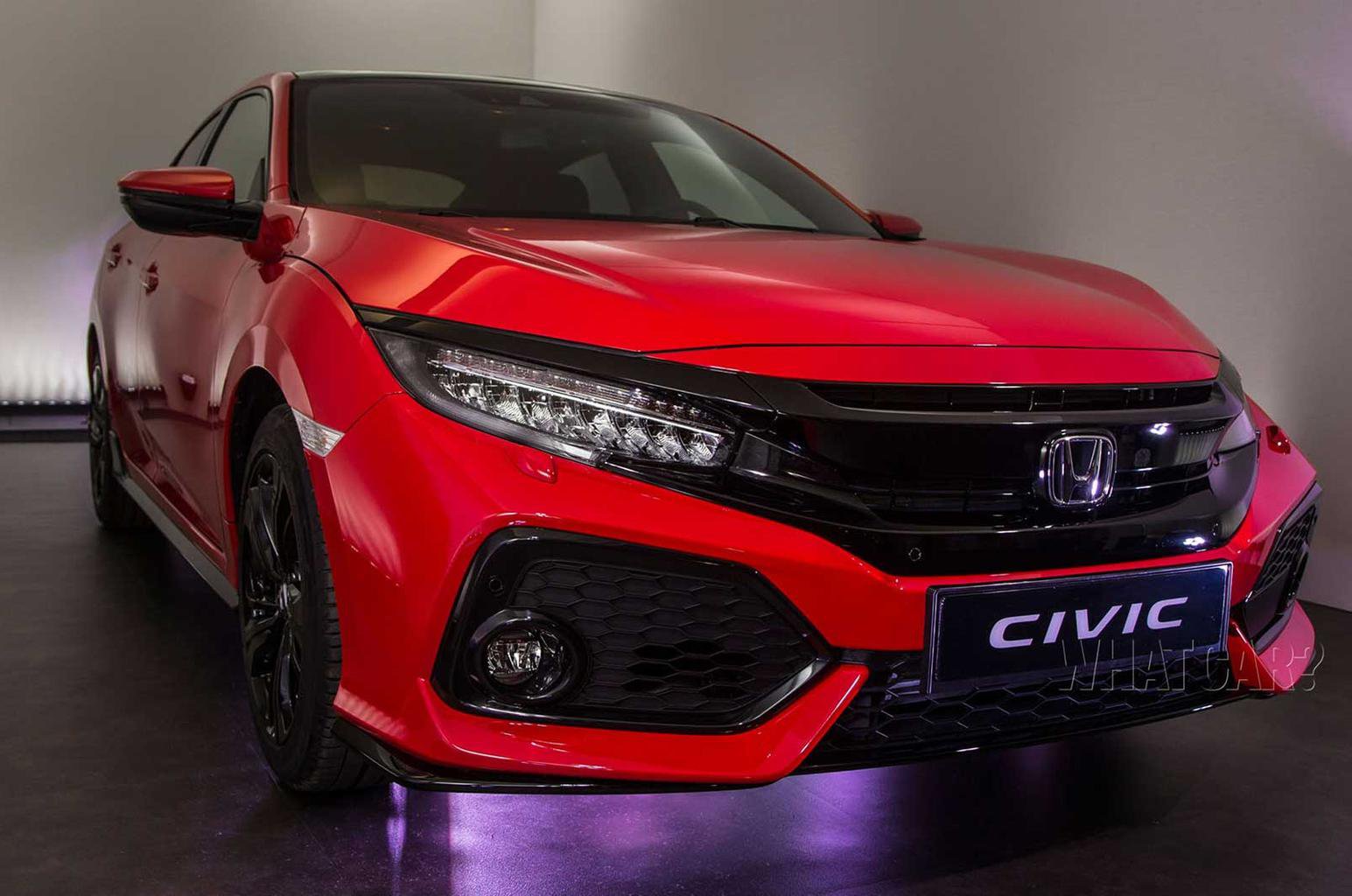 In a word, very. The Ford Focus, Vauxhall Astra and VW Golf are some of the best-selling cars in the UK, and each has found favour with buyers. While the outgoing Civic is mildly successful in this market as well, the new model will need to tempt younger, more affluent buyers to the Honda brand with a combination of good looks, a comfortable interior and keen pricing.

Watch our first verdict on the new Honda Civic in the video below.