The Honda HR-V small SUV gets a new Black Edition trim - but are some styling enhancements enough to warrant the price hike?... 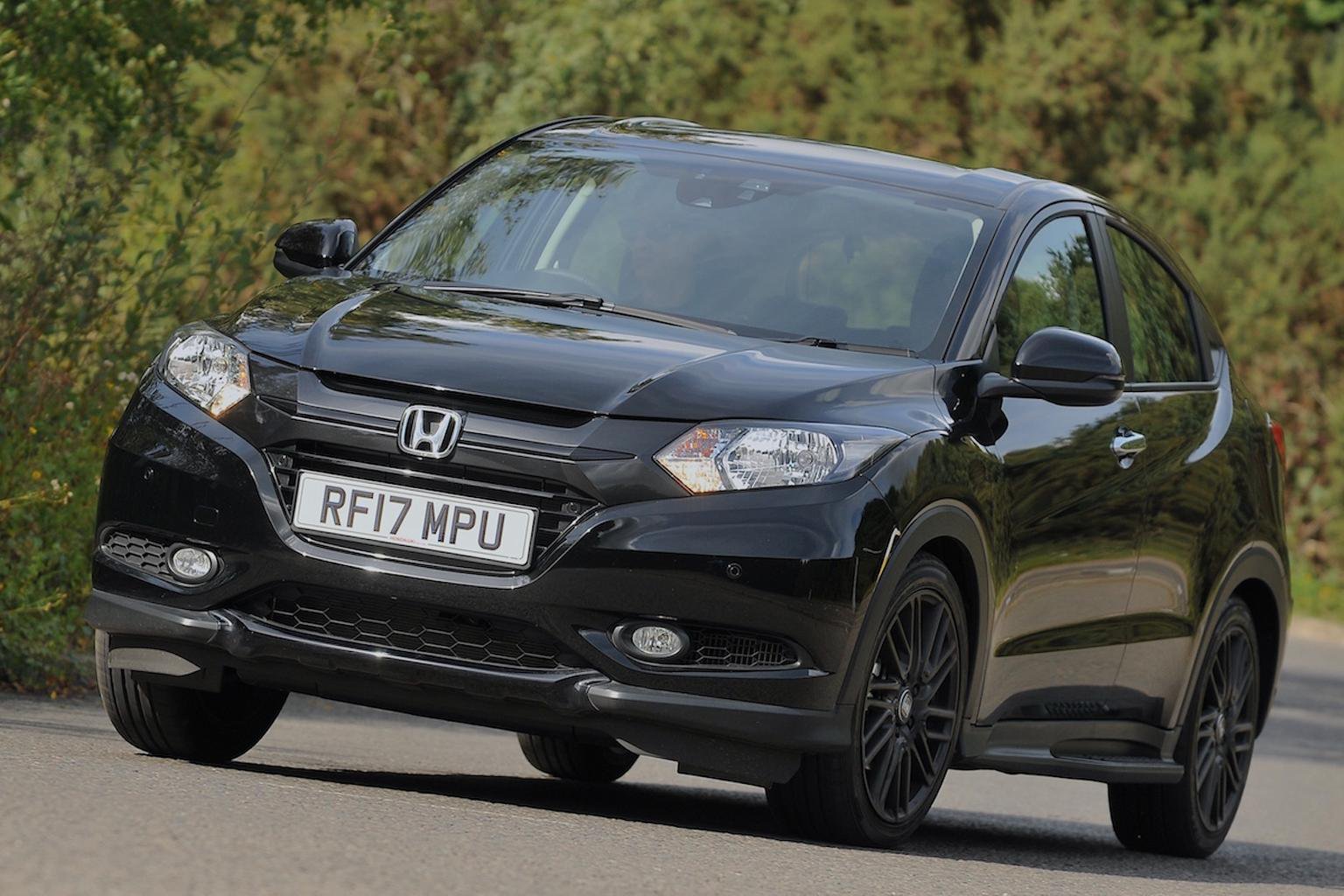 As the Honda HR-V approaches a mid-life facelift, a new Black Edition trim has been introduced to spruce up the small SUV, as it was on the larger CR-V. It follows the usual trend of lashings of styling enhancements but no mechanical upgrades.

Wondering how they thought up the name? Well, it gets black running boards and skid plates, a black front grille and door mirror caps, and black 18in alloys. Inside there’s the option of special edition leather and carpets - you guessed it, all black.

Aside from that, it’s based on mid-range SE trim and is available with Honda's 1.5-litre petrol engine with manual or automatic gearboxes. Or you can have the model that we’re testing; the 1.6-litre diesel engine with six-speed manual 'box.

At just under £4000 more than an HR-V SE, is the Black Edition's inflated price justified? 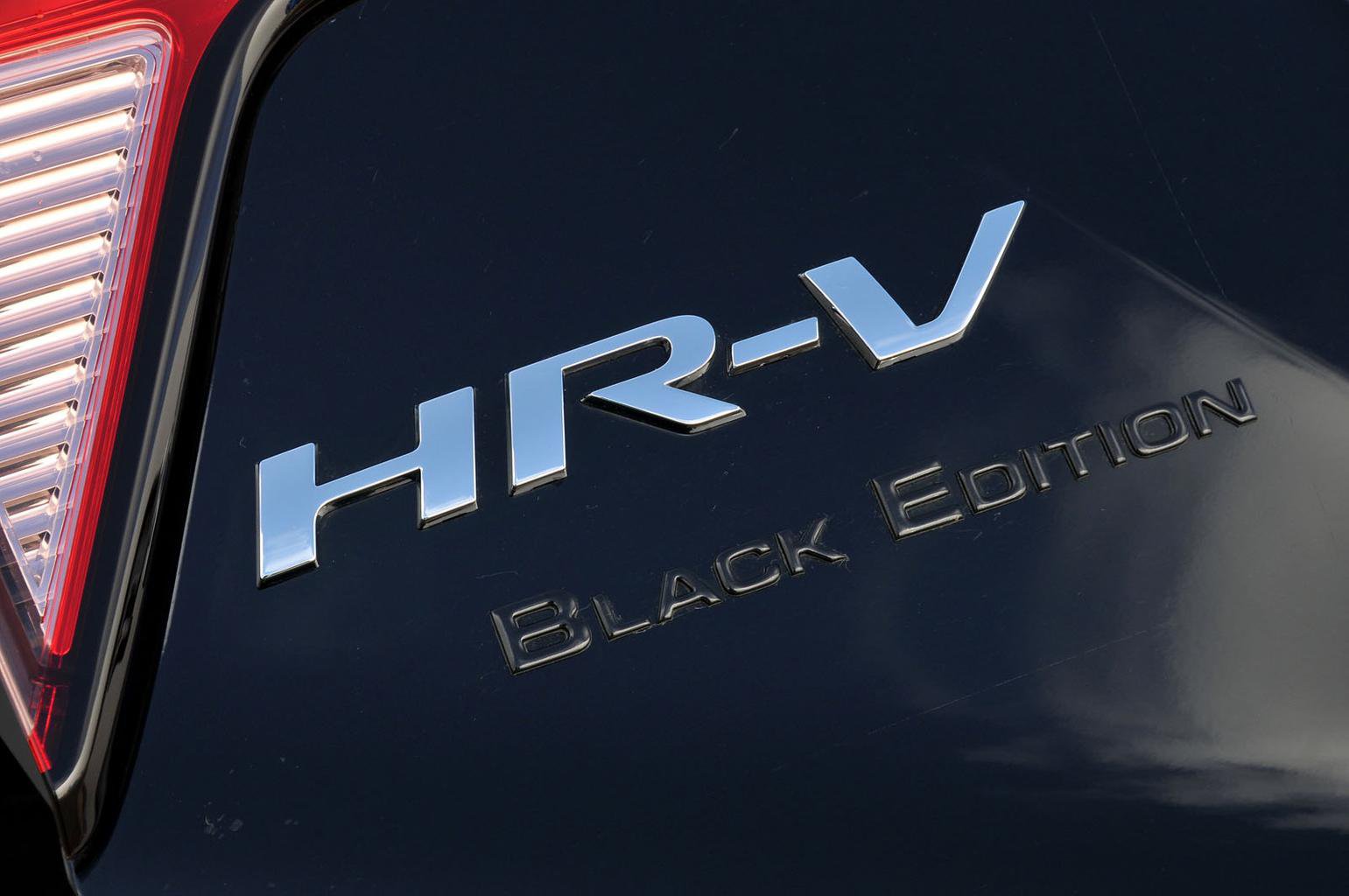 With no mechanical differences to speak of, it’s business as usual on the road for this small SUV. That means its diesel engine pulls well enough from low revs, even if its power band is relatively narrow. Our major gripe with it is that it sounds gruff under load, although it does settle down on the motorway.

The six-speed manual gearbox has quite a short, mechanical-feeling throw and a small, stubby gearlever. Although it’s a bit of a stretch to call it sporty, it is more enjoyable to use than many other gearboxes in the class.

Similarly, describing the HR-V's handling as fun is generous, but it is generally tidy to drive for a small SUV, feeling relatively nimble thanks to firm suspension and consequently good body control.

The downside to that is a poor ride. The HR-V SE comes with 17in alloys as standard and has a pretty firm ride anyway, so the bigger 18in wheels of the Black Edition do it no favours for it at all, making the ride unsettled and harsh, especially at low speeds. 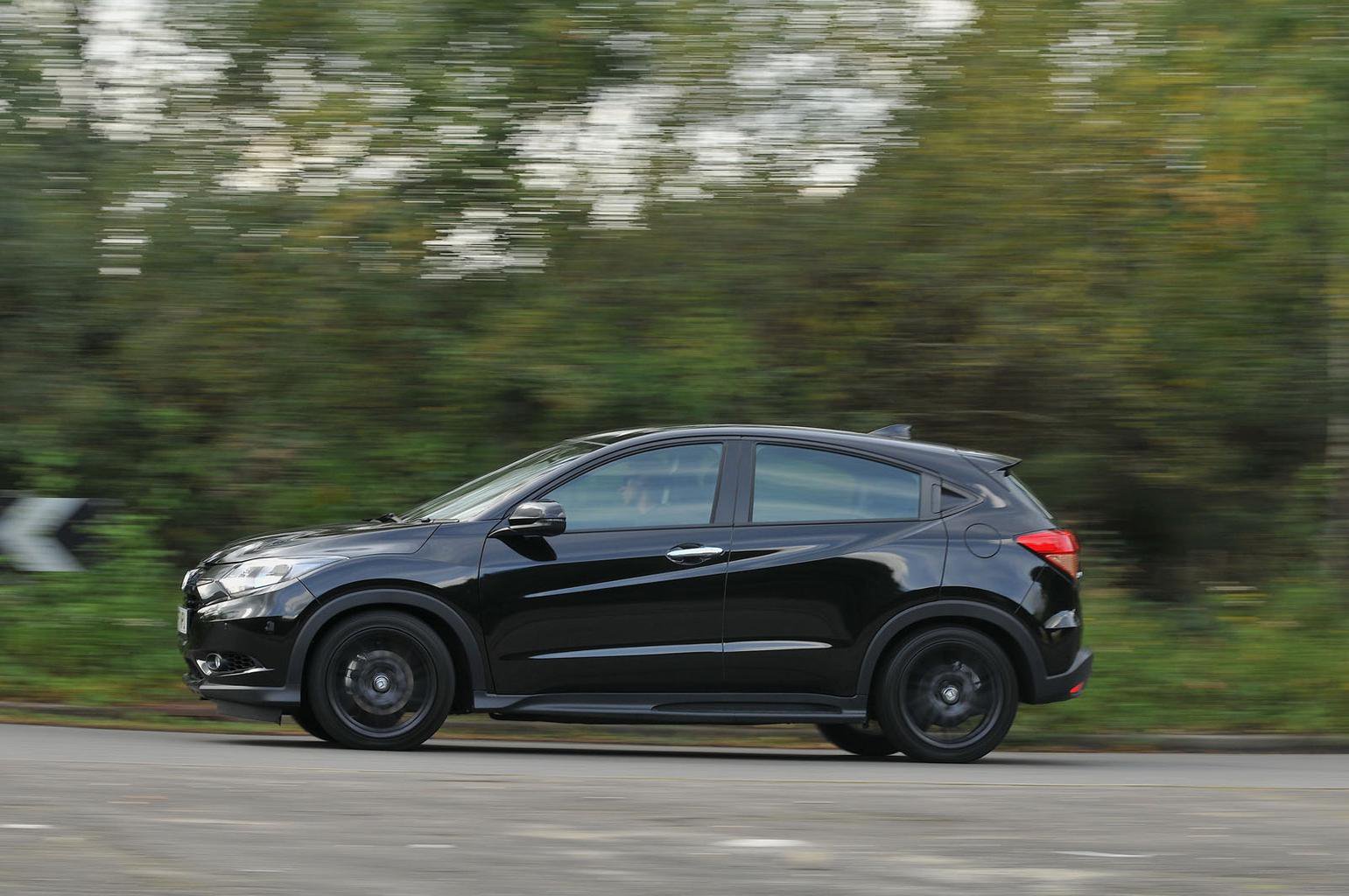 What does your extra money get you inside? In truth, it’s just the noir styling. SE trim is our recommended trim on the HR-V, because it comes pretty well equipped, with front and rear parking sensors, automatic lights and wipers, cruise control and a 7.0in infotainment touchscreen.

However, priced as a standard SE model, the HR-V looks quite good value, but at £26,820 for the Black Edition, it’s against strong rivals such as the Nissan Qashqai in N-Connecta trim, which gets sat-nav, a better infotainment system and a 360deg parking camera. Although the spec upgrades aren’t huge, it’s enough to make the HR-V look expensive.

The HR-V’s interior is a bit stingier with space than the Qashqai’s, too, but does benefit from extremely useful 'magic seats' in the rear, which have seat bases that can be folded up like a cinema seat to create extra space for bigger items.

Even with a fancy black leather interior, the HR-V is unlikely to win any interior design awards – the plastics are quite hard even by small SUV standards, and the quality generally isn’t up there with class-best efforts such as the Seat Ateca.