When the Nissan Juke was launched in 2010, it in effect created the segment for small SUVs, in much the same way the Nissan Qashqai had done for family SUVs. Its unconventional styling and raised driving position won it many admirers, while its keen pricing and competitive finance deals won it many sales.

It actually stayed on sale for nine years, only being replaced by an all-new model in 2019, and this popularity when new has resulted in there now being a healthy supply of used examples to choose from.

Engine options include a diesel and two petrols, with the top-of-the-range turbocharged 1.6 DIG-T offering sprightly performance. It's also available with four-wheel drive, although only with a CVT automatic gearbox. For those in the market for a performance SUV, Nissan also offered a tuned Nismo version of the Juke.

The three main Juke trim levels are Visia, Acenta and Tekna, with the entry-level Visia offering 16in wheels, air conditioning, traction control and six airbags. Acenta adds 17in wheels, climate control, a USB port and Bluetooth, while the range-topping Tekna includes leather seats, Nissan Connect (a sat-nav and audio upgrade) and a rear-view camera. An N-Connecta trim level was introduced in 2013 with the Tekna’s sat-nav, a DAB radio and a reversing camera. Then there are the special-edition models, such as the Ministry of Sound, Pulse, Style and Kuro, to name but a few. These generally feature special colours and trim pieces but aren't necessarily worth seeking out.

On the road, the Juke is an easy car to drive, thanks to light steering and a good view ahead, but visibility to the rear and over your shoulder is restricted, so consider finding a model with parking sensors. It also has a jittery ride, and while its body doesn’t lean too much in corners, it isn't a particularly entertaining car to drive.

Where the Juke doesn’t fare so well compared with rivals is in interior space. Put simply, there isn't a huge amount of it, particularly in the boot. As a guide, the Ford Fiesta small hatchback offers more room for luggage. Rear passenger space is tight, too, so taller adults will find their head brushing the roof. The Juke is also too narrow to sit three adults side by side.

Boot space on facelifted cars from 2014 onwards is better, but it’s still by no means class-leading. On every Juke, the shape of the boot opening itself limits what you can carry. Trim and build quality were improved on the facelift, mind you, and an additional 1.2-litre turbocharged petrol engine was offered.

If you're interested in finding a used Juke, or any of the other small SUVs mentioned here, head over to the Used Car Buying pages to find lots of cars listed for sale at a great price. 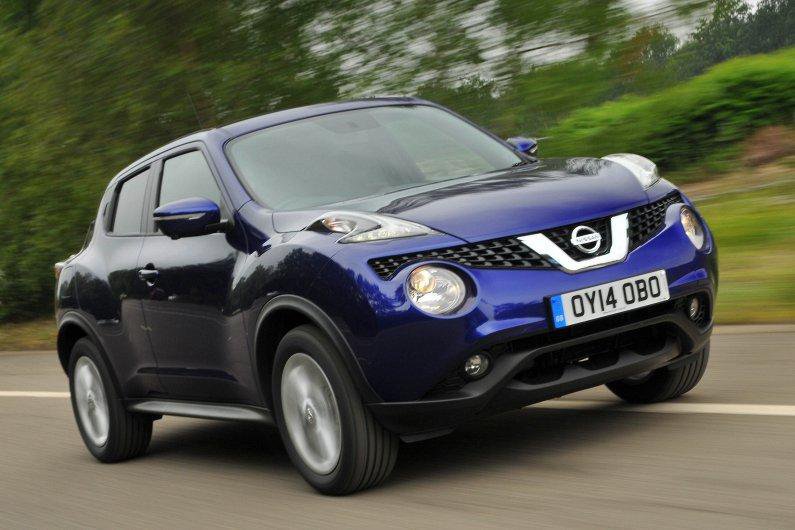