As one of the first small family SUVs to hit the market, the Skoda Yeti needed to stand out from the crowd. Chunky, Tonka-toy looks, blistered wheel arches, oversized roof rails and lower-body cladding ensured this was the case, and then there was the name: that of a large, hairy abominable snowman. Fortunately, there is nothing abominable about this practical alternative to a family hatchback.

There’s certainly nothing monstrous under the bonnet of a Yeti. The small 103bhp 1.2-litre petrol engine (later uprated to 109bhp) is perfectly pleasant; the larger 158bhp 1.8 is smooth and the later 148bhp 1.4 turbo is an even better bet for its blend of performance and economy. You can even have a 103bhp 1.6-litre diesel that's laughably inexpensive to run, or a bigger 2.0-litre diesel in either 108, 138 or 168bhp forms.

A 2013 update saw Skoda trim its engine lineup, with a 109bhp 1.2-litre TSI petrol engine and a 2.0-litre TDI diesel in two guises producing 108bhp and 148bhp respectively, the only options available.

There were initially four trim levels to choose from - S, SE, Monte Carlo and SE-L. Opt for the entry-level model and you will get 17in alloy wheels, parking sensors, heated front seats, heated windscreen and a touchscreen infotainment system complete with sat-nav, a DAB radio, and Bluetooth connectivity as standard. Upgrade to the range-topping SE L Drive model and you'll find unique 17in alloy wheels, silver roof rails, textile floor mats and a full leather upholstery.

With the facelift, these were cut to two core trims from the four that used to be available. They are SE Drive and SE L Drive.

Being quite wide and tall, the Yeti has a generous amount of space inside for five passengers. Just like its contemporaries, the rear seats can slide back and forth to increase rear leg room or boot space. Combine this with the Yeti’s boxy shape and versatility is a strong suit; you'll have no problem fitting a pushchair in there and it's more accommodating than rivals like the Suzuki Vitara. The raised ride height and large window area afford the driver great all-round visibility, while the driver’s seat has plenty of adjustment and will suit all sizes.

The Yeti is surprisingly enjoyable to drive, too, not least thanks to having plenty of traction. It moves around quite nicely with any of the engines under its bonnet, and none of them are especially raucous. The 2.0 TDI versions are particularly punchy and frugal, and at their best employed in the rough-and-tumble ideal of the four-wheel-drive versions.

The consequences of its height, though, are a rather firm ride and a bit of wind noise at speed, which is something that doesn’t trouble rivals such as the Nissan Qashqai. The steering, unlike that of most modern Skoda models, is quite heavy and can make parking more of a chore than it ought to be.

As mentioned, the Yeti was facelifted in 2013, bringing new front and rear bumpers and introducing two model variations: Yeti and Yeti Outdoor. The move aimed to offer buyers a choice based on how they use their car; the standard Yeti for those for don’t need off-road capability and Yeti Outdoor –with different bumpers that increase the approach and departure angles to make it more capable on rough terrain –  for those who do. This was similar to the choice offered by the Volkswagen Tiguan.

All good things must come to an end, of course, and the immensely popular Yeti was eventually replaced by the sober-suited but equally competent Karoq in 2017.

If you're interested in buying a used Yeti, or any of the other cars mentioned here, search on our used car pages here. 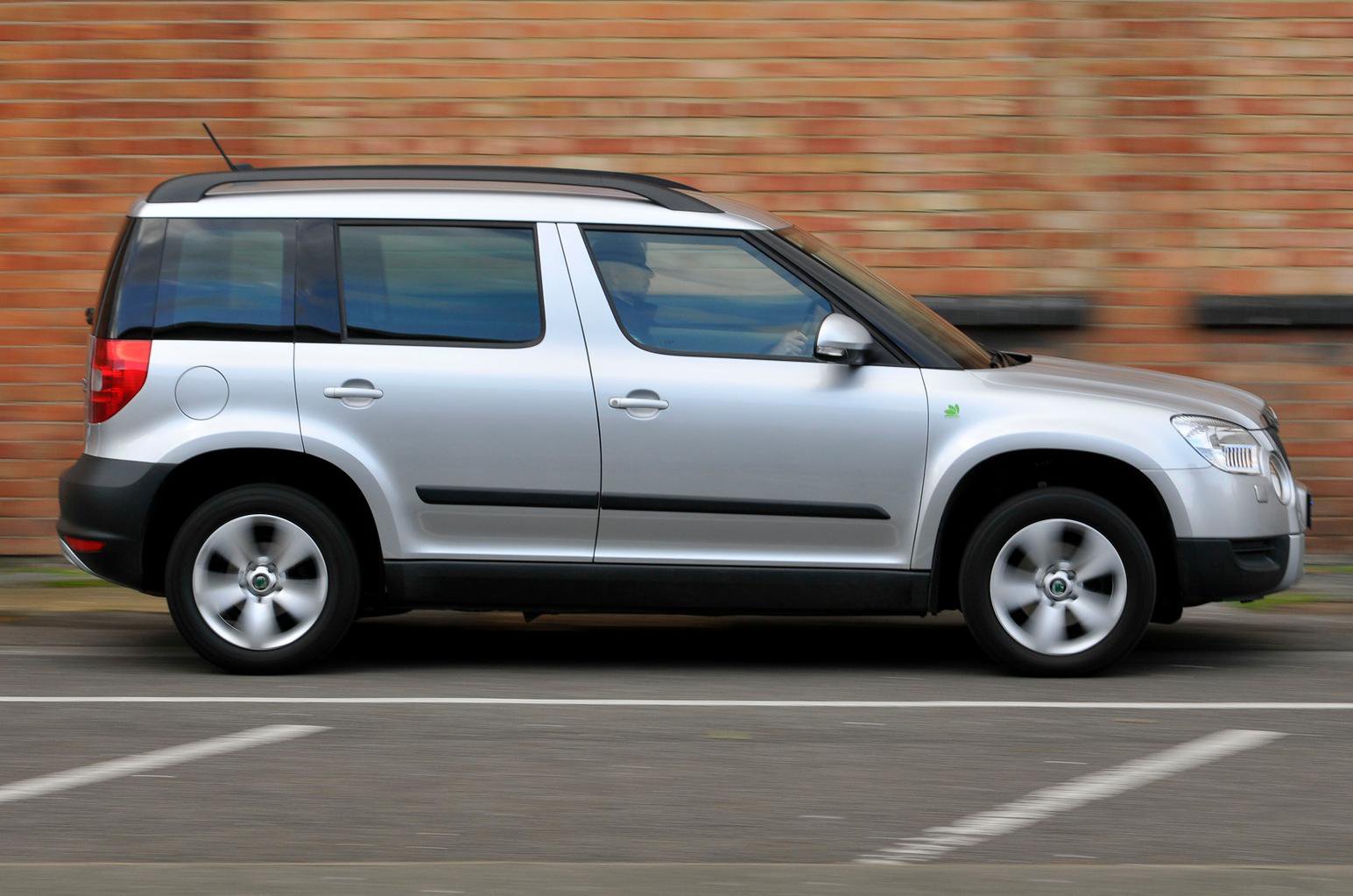