Does the extra traction of the Toyota Prius AWD-i make it a more tempting choice?...

If you imagine a Venn diagram with Uber drivers on one side and family car buyers on the other, the areas of overlap will most likely be ride comfort, interior space and low running costs. However, while Uber drivers are happy to pick a hybrid hatchback as their champion, it’s the SUV that's currently the family car of choice for many. So, why is that?

A long-standing argument why you’d have an SUV over a conventional car is that you can get four-wheel drive to help you out in slippery conditions. However, many new SUVs are exclusively front-wheel-drive, so you might be surprised to hear about the new Toyota Prius AWD-i. That’s right, this Prius now offers four-wheel drive.

Furthermore, there have been tweaks to its styling and interior, while its infotainment system has also been updated.

We like the regular Prius a lot, mostly for its low running costs, but will the 4x4 version become our new favourite? 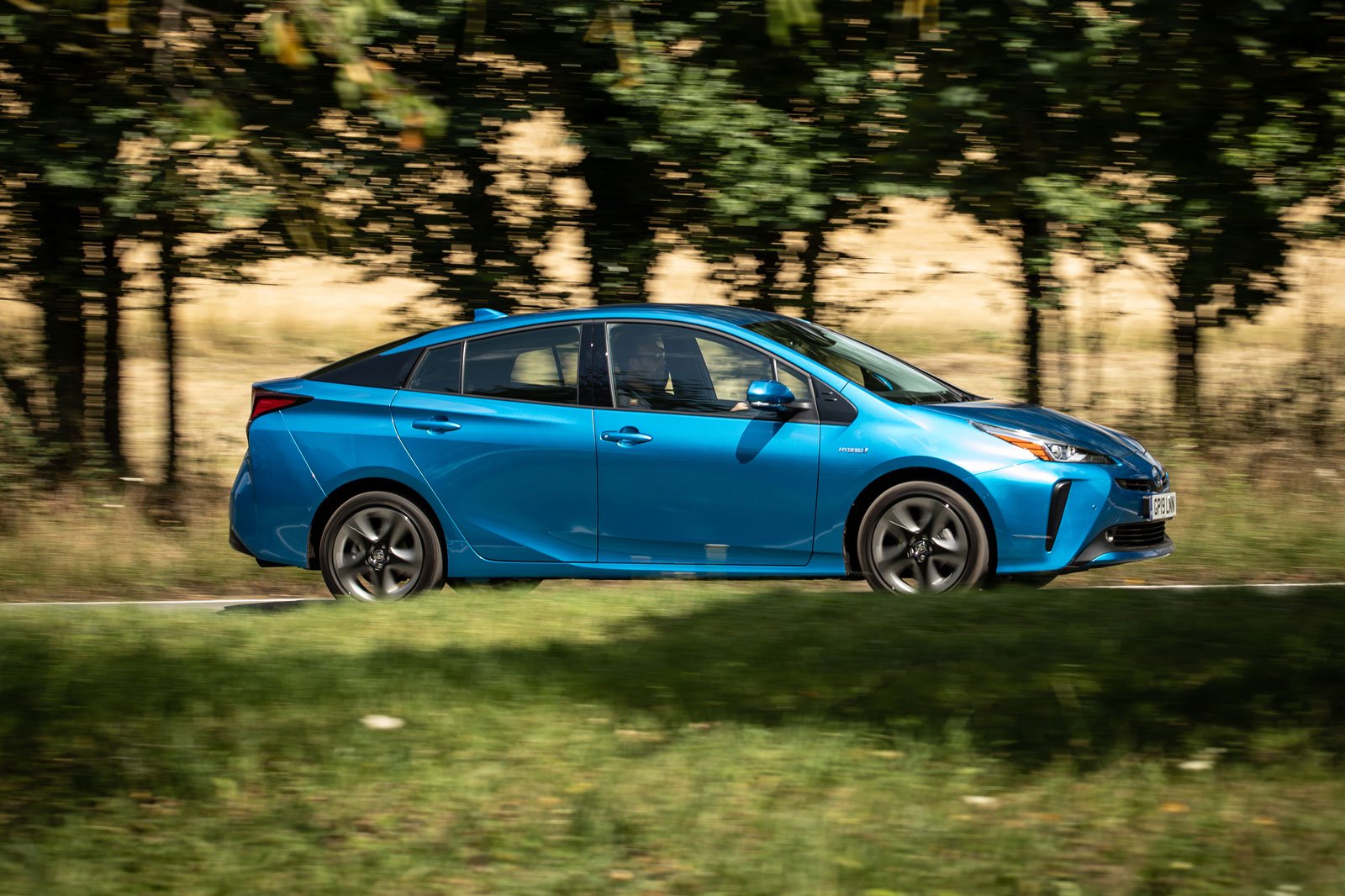 There has been no change to the 1.8-litre petrol engine and electric motor that power the front wheels of every Prius. The difference is that the Prius AWD-i has a second electric motor fitted to its rear axle. This is always active at speeds below 6mph to give you a traction boost when setting off. At speeds between 6mph and 44mph, it's used only when the front tyres lose grip, so it won’t engage at all in most driving situations.

The rear motor makes only about 7bhp, and it would be nice if it were more powerful. That’s because the Prius is far from fast; overtakes take ages unless you absolutely floor the accelerator, causing the engine to scream its head off. But like the regular Prius, the AWD-i can drive at up to 36mph on near-silent electric power for short distances. There is a slight increase in official fuel consumption, but it’s generally within only a couple of MPG, so it’s not something that would put you off. The low CO2 emissions figures are unchanged.

Another good feature of the Prius that’s unchanged by the addition of four-wheel drive is the ride. There’s little jostling over big bumps, while small, frequent bumps that make many cars fidget about are nicely smothered. You do hear some suspension noise as you’re going over bigger potholes, but again the suspension absorbs those well, so it sounds worse than it is. However, the AWD-i gets no additional ground clearance, so you won’t be able to venture too far off the beaten track.

The extra 60kg of the four-wheel drive system makes no discernible difference to the Prius’s handling, meaning there's plenty of grip and accurate steering that lets you place the car on the road with confidence but also a considerable amount of body lean. Let’s face it, you won’t be buying the Prius to blast down twisty roads, but it’s reassuring that it has a secure, planted feel even when you approach its limits. 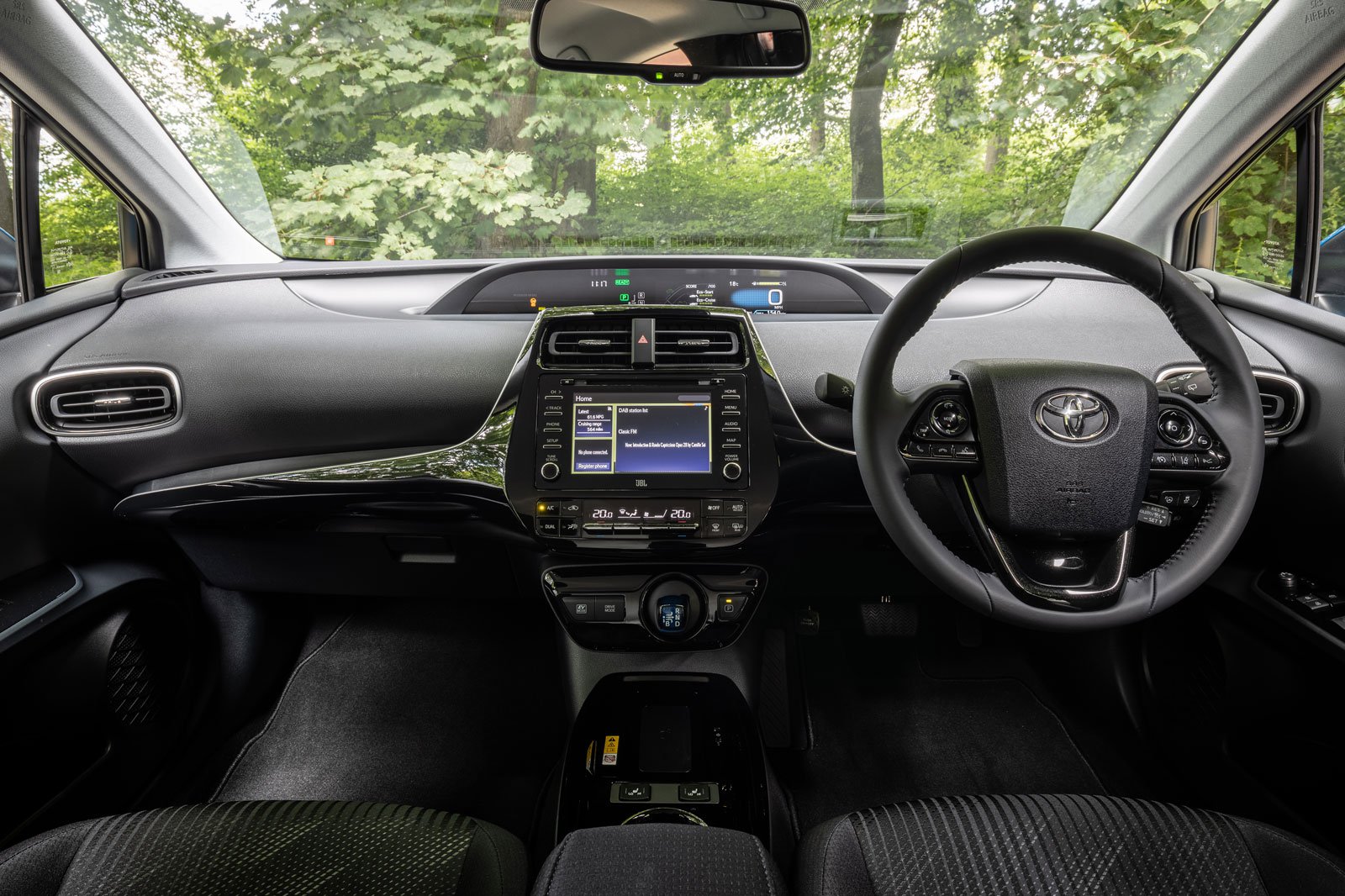 To accommodate the rear electric motor, the boot floor has been raised slightly. The good news is that this hasn't made the boot considerably smaller; it has lost just 45 litres, or about one carry-on suitcase worth of space. That may be a decider if you plan to fill the boot to the brim every time, but we doubt that most buyers will.

The facelift has brought an updated infotainment system that responds to inputs more quickly and allows you to pinch and swipe. However, it's still laggier than many rival systems, while the latter feature is something that the rival Hyundai Ioniq has had for some time now.

Take a look at out full Prius review if you want to know more about the interior quality and the space on offer. Or to see how much you could save on a Prius without any haggling, check out our New Car Buying service.