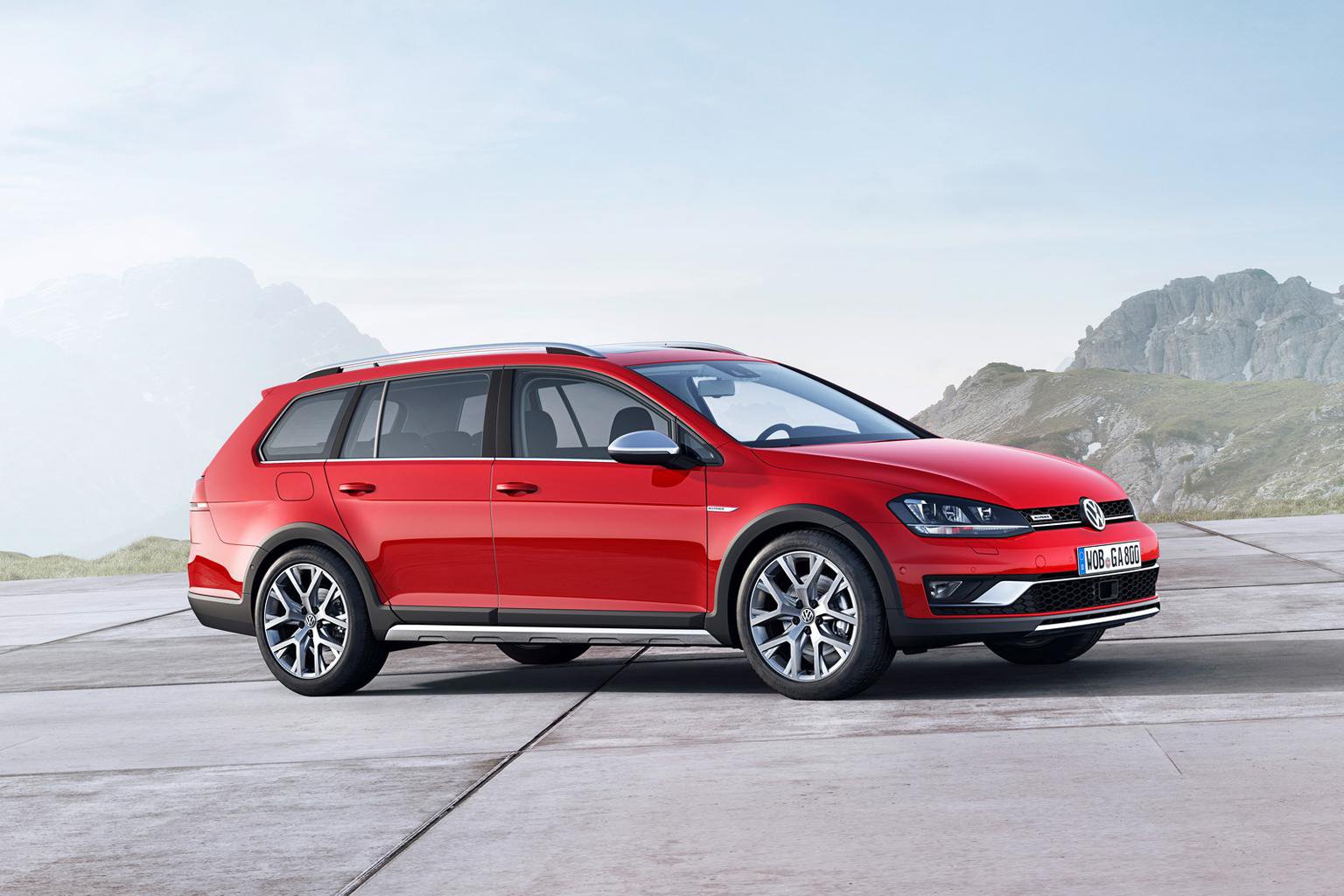 The Volkswagen Golf Alltrack has been revealed.

The Golf is the latest model in VW's range to get an Alltrack version, following on from the Passat.

Like the Passat it gets upgrades to help it cope better off road, and a series of visual enhancements such as protective cladding.

Underneath, the Alltrack is the same as the standard Golf Estate, but it adds black wheelarch mouldings, matt silver side sills, and new front and rear bumpers with increased underbody protection. Alltracks also come with bespoke 17-inch alloy wheels, silver door mirror housings.

The ride height has been bumped up by 20mm, while all Alltracks offer permanent all-wheel drive and an electronic differential lock to improve off-road traction. It also comes with a hill-descent mode, and can tow up to 2000kg.

Volkswagen says that the Golf Alltrack will be offered with three diesel engines, and one petrol. It is likely that the UK will only offer the diesels, though, as on the rival Seat Leon Xperience.

The most powerful version is offered with a DSG gearbox as standard, and VW says it is the most powerful Golf Estate ever. The engine is an adapted version of that in the Golf GTD, and takes 7.8 seconds to get from 0-62mph. It manages 55.4mpg and emits 134g/km.

As well as the equipment for off-roading, and the permanent all-wheel drive, the Golf Alltrack comes with enhanced features on the inside.

It gets leather trimmings on the steering wheel and gearknob, while the central console and door trims get bespoke accents and ambient lights.

Full final UK specification is set to be announced closer to the car's launch.

UK pricing has not yet been announced, but it is expected to add a premium over the standard Golf Estate of around £1500, which would make the 2.0-litre TDI start at around £26,350.

The closet rival to the Golf Alltrack is the recently launched all-wheel-drive Seat Leon Xperience. We've yet to drive it, but it comes with the same engines and a similar level of equipment as the VW.

The Skoda Octavia Scout is also similar in size and price to the Golf and the Leon. Like those two cars, the Scout comes with all-wheel drive and a raised ride height. The altered suspension means that it rides better than the standard Octavia, and its powerful engines mean it is a swift car. It also comes with a high level of standard kit to justify its higher price.

Other alternatives are larger than the Octavia and the Leon, with the Volkswagen Passat Alltrack and the Vauxhall Insignia Country Tourer also coming with cladding and all-road ability.

The Insignia has a strong engine, but it is a noisy unit, although it does get plenty of kit and is decent off road. The Passat, meanwhile, is also praised for its off-road ability and is larger in terms of carrying capacity than the Leon and Insignia.