The face-lifted plug-in hybrid BMW 530e promises punchy performance and a longer electric range. We've been living with one to see if it delivers...

If you fly around the world on private jets you’re going to have a pretty big carbon footprint, no matter what certain preachy celebrities might think. But after running a BMW 5 Series (530e plug-in hybrid) for the past few months, I’m convinced that low pollution and luxury can go together – at least on terra firma.

Okay, electrified cars aren’t a guilt-free option. There’s the CO2 that’s emitted during their production for a start, and just how green they are in daily use obviously depends on how the energy you’re putting into the battery was generated. However, when it comes to reducing smog in our cities, they’re surely a big part of the solution. 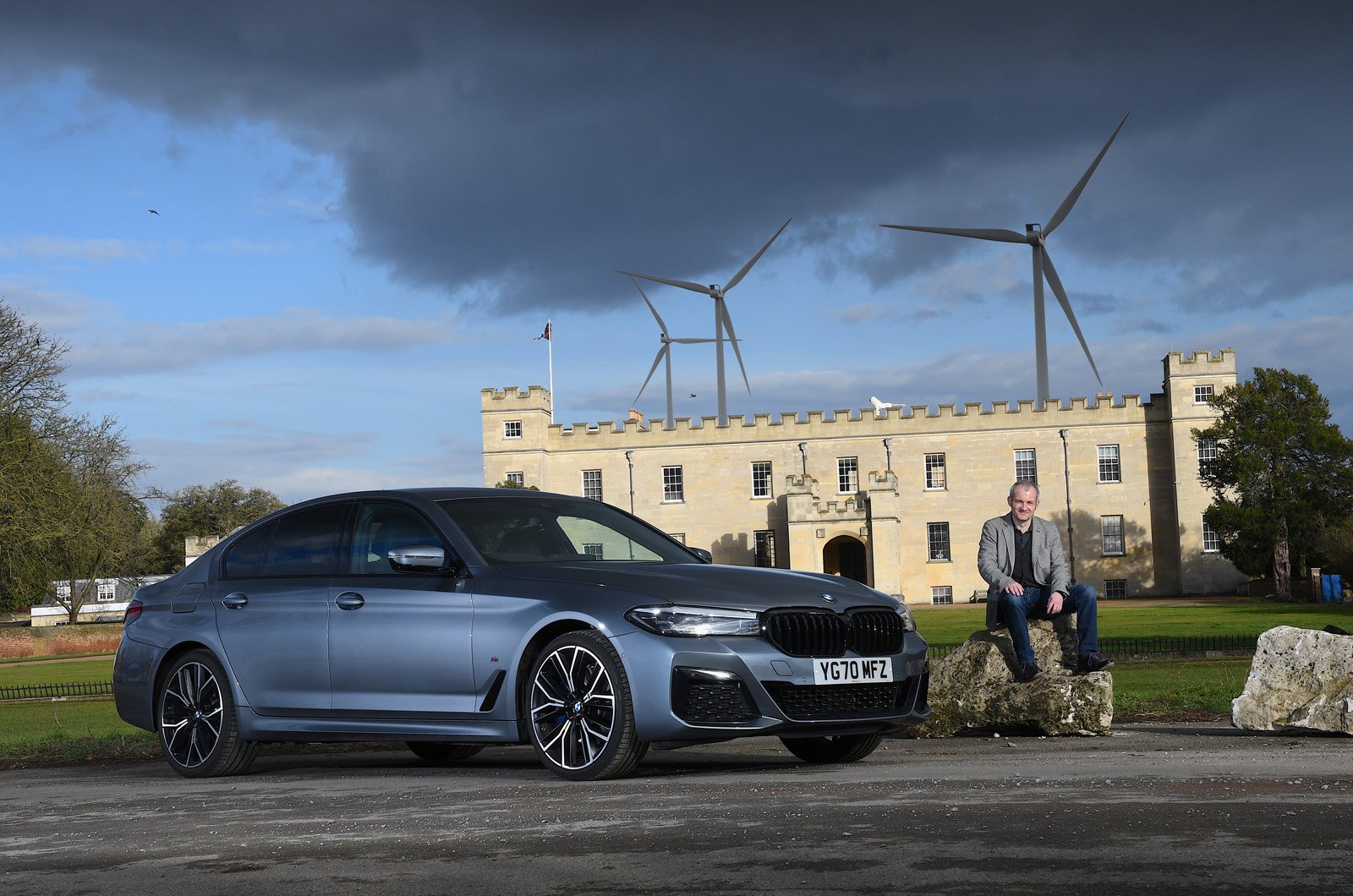 As someone who worries about the quality of the air my four-year-old daughter is breathing, that was very much in my mind when I chose the 530e in the first place. And, I’ve got to admit, the idea of lowering my fuel and tax bills without compromising on comfort appealed to me, too.

But why didn’t I go for a fully electric car? Well, like many city dwellers, I feared I wouldn’t be able to fit one into my life, given that I can’t charge at home because I live in a flat.

Plug-in hybrids neatly sidestep that problem by combining a decent electric range (I got about 25 miles from my 530e) with a petrol engine for longer trips or when you can’t find anywhere convenient to charge up.

As a result, range anxiety was never an issue. In fact, living with this car was incredibly relaxing full stop – it’s near-silent when relying on electric power around town, and still impressively hushed while cruising at 70mph with the engine running. 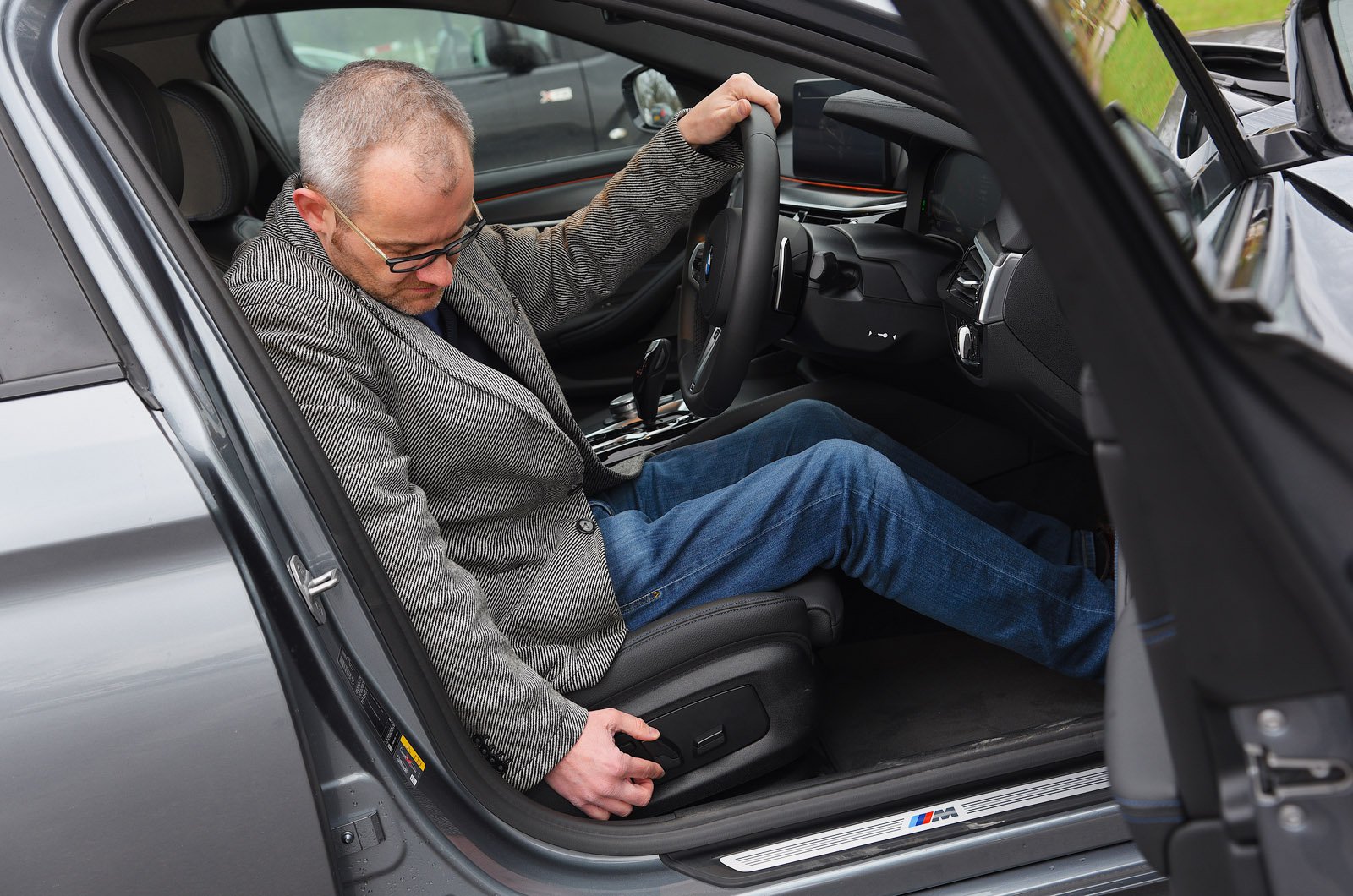 The sports seats that you get with M Sport cars like mine also help. Their bolsters are big enough to stop you sliding around through corners, but not so tight that you feel as though you’re stuck in a clamp after an extended period behind the wheel.

Personally, I never found myself wishing I’d ticked that option box, but I reckon you would regret not specifying the optional adaptive dampers, which are part of the £2495 M Sport Pro Pack.

While SE-spec cars shimmy around a bit and the standard M Sport suspension is pretty firm, the trick dampers do a great job of settling down the ride without compromising the driving fun that the BMW 5 Series has long been associated with.

True, the 530e’s heavy battery means it’s not quite as agile as some other models in the range, but it still has precise steering, grips strongly and feels surprisingly keen to change direction for such a big car. 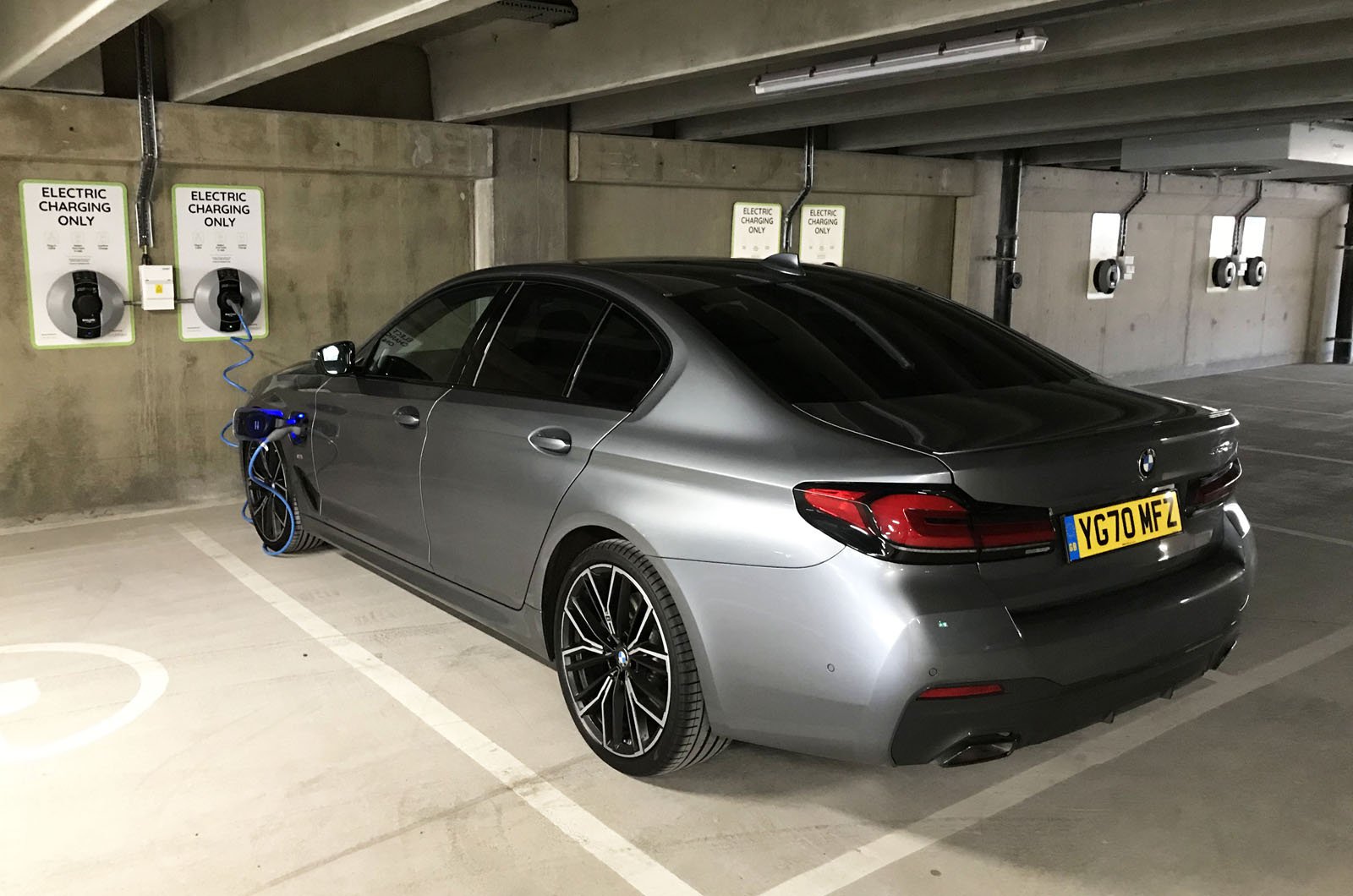 A bigger downside of choosing the 530e over one of its petrol or diesel sisters is that you get a smaller boot (410 litres rather than 530 litres). Yet while the floor is higher, it does remain usefully flat, so I had no trouble transporting a ladder when the seats were folded down.

As for fuel economy, I saw about 35mpg when running purely on petrol power, but managed to raise my average to more than 70mpg by plugging in regularly.

To put that in perspective, when I ran a diesel 5 Series a few years back I managed 47mpg. So, the hybrid is the better option as long as you don't spend most of your time on the motorway (which is terrible for the electric range) and accept that you're going to get your hands dirty taking the charging cable in and out of the boot (the least luxurious thing about running a 530e).

It’s not even like I regularly had to go out of my way to keep the 530e’s battery topped up. Most of the time it was simply a matter of choosing supermarkets and car parks equipped with chargers – something the sat-nav helps you with. In fact, I found I had to modify my life so little that I'm starting to think I could live with a fully electric car after all. I just hope that doesn't make me as deluded as Prince Harry, Leo DiCaprio and co.