More for you |
Best used coupes for less than £10,000Most and least reliable family carsShould I go ahead with my car purchase now or wait to get a bigger discount? Watch: 2020 BMW 1 Series vs Mercedes A-Class reviewUsed test: BMW M140i vs Mercedes-AMG A35
Home
Feature
BMW M140i vs Honda Civic Type R
feature

BMW's hot 1 Series is now more powerful than ever, but is it a better buy than the outrageous Honda Civic Type R?... 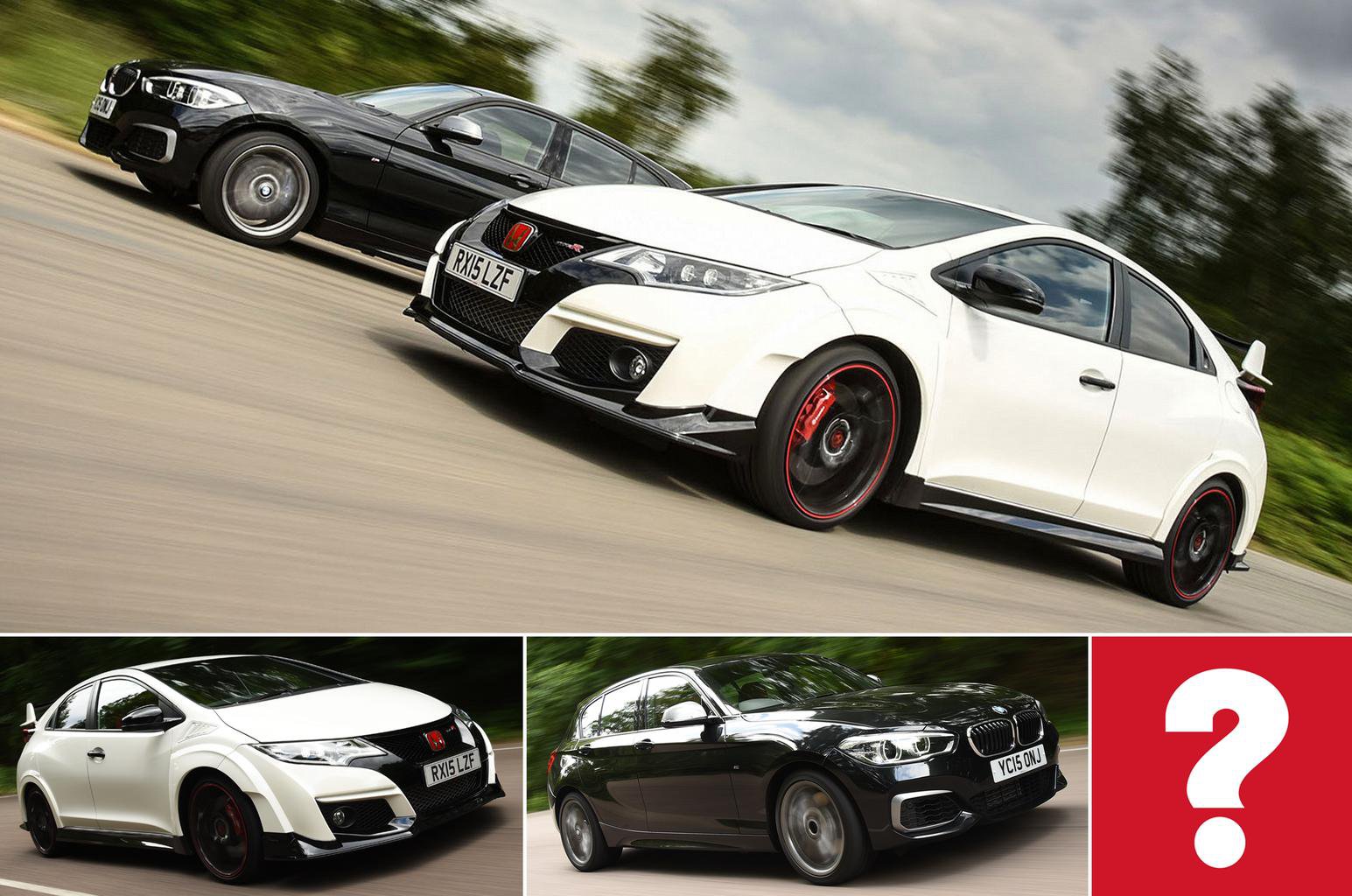 Recently updated and now even more powerful. One of our favourite hot hatches.

Hooligan looks and serious pace, but is it as much fun as the rear-wheel-drive M140i

This is not just a hot hatch test. This is an engineering head-to-head, and a chance to find out which mechanical recipe creates the most thrilling £30k driver’s car.

The bold and brash Honda Civic Type R wades in with a high-tech, front-wheel-drive chassis, complete with motor racing-inspired suspension and limited-slip differential, finished off with a 306bhp 2.0-litre turbocharged engine.

Meanwhile, the rear-wheel-drive BMW M140i has a turbocharged 3.0-litre straight-six that produces 14bhp more than the one in the old M135i, taking the total up to a whopping 335bhp. But with its more conventional sports car DNA, it sits in stark contrast to the Civic’s more extreme take on the format.

They feel as different on the road as their mechanical differences suggest. The Type R is the more focused car, even without the +R mode activated, which brings heavier steering, a quicker accelerator response and stiffer suspension. It turns in to corners aggressively, stays relatively flat as it does so and its steering gives a decent amount of feedback.

In fact, the Type R’s excellent steering makes it as easy to guide on a motorway as aim with precision at the apex of a corner, although the inevitable shortcomings of such a powerful front-wheel-drive car do come to light when you accelerate really hard, because the steering wheel squirms around in your hands a little – a phenomenon that’s known as 'torque steer'. 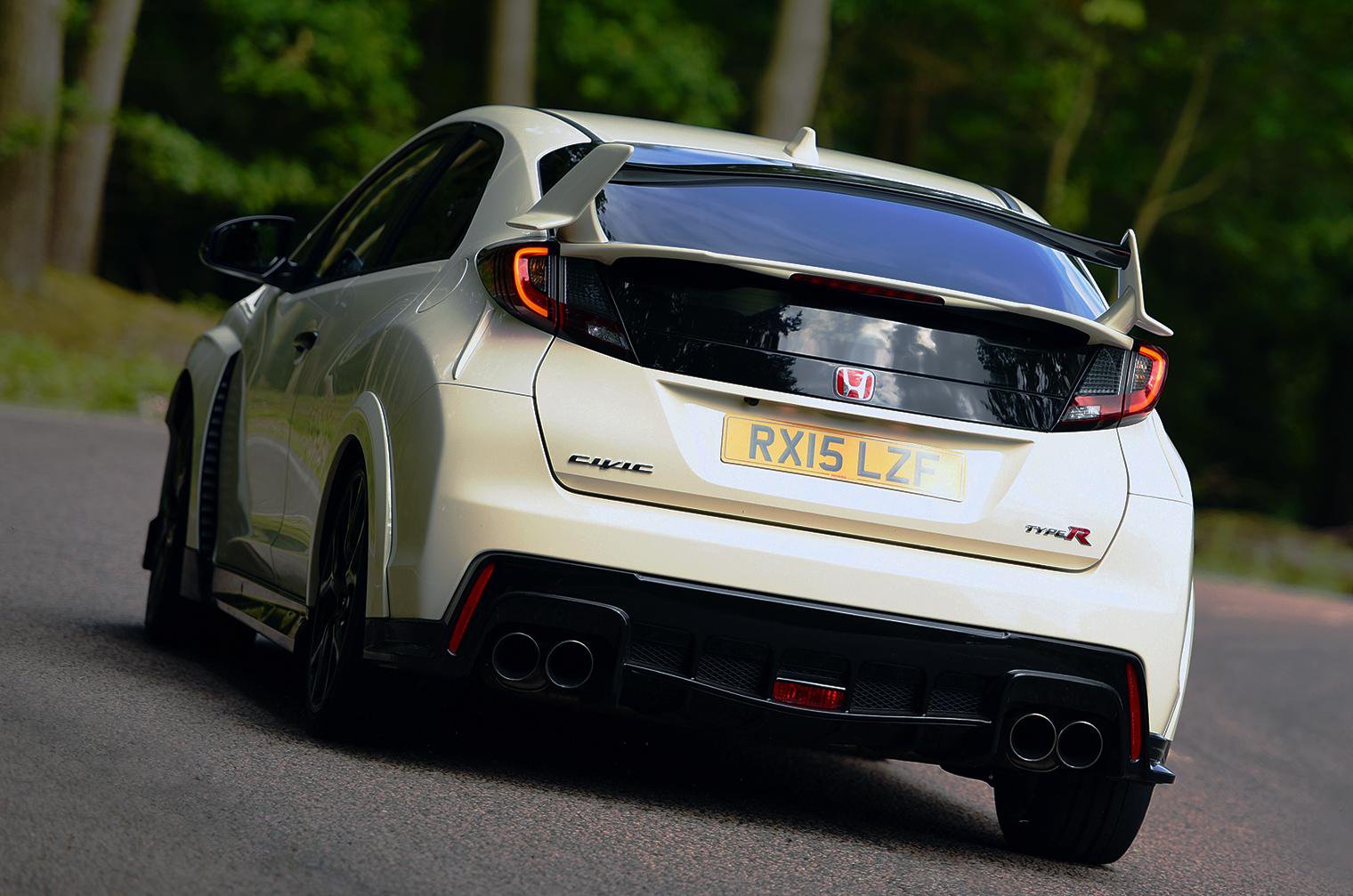 Does the Honda handle better than the BMW? Well, the M140i feels very relaxed in Comfort mode, which minimises the steering effort needed and makes the car easier to drive smoothly. However, select Sport or Sport+ and it comes to life. Subtle suspension upgrades have made it less likely for the rear end to break away, but the steering can still feel too light through fast corners, and it doesn’t provide quite as much feedback as the Type R’s.

However, the M140i’s rear-wheel-drive layout makes it the more entertaining car to drive hard; it’s light-footed and playful yet seriously capable, whereas the Type R is entertaining in a scrappy way and, steering aside, less involving.

The engine in the M140i is a peach, too. There are no obvious surges in acceleration as the turbocharger starts to do its work, and the M140i is the much quicker car in a straight line; it’ll hit 60mph from a standstill almost a second faster. Still, the Type R’s engine has its merits. There’s a frantic sense to the way it revs, and the F1-style shift lights start to illuminate as you approach the 7000rpm limiter. Blink and it’ll be time for the next gearshift, which is more satisfying and shorter in its throw than its rival’s. 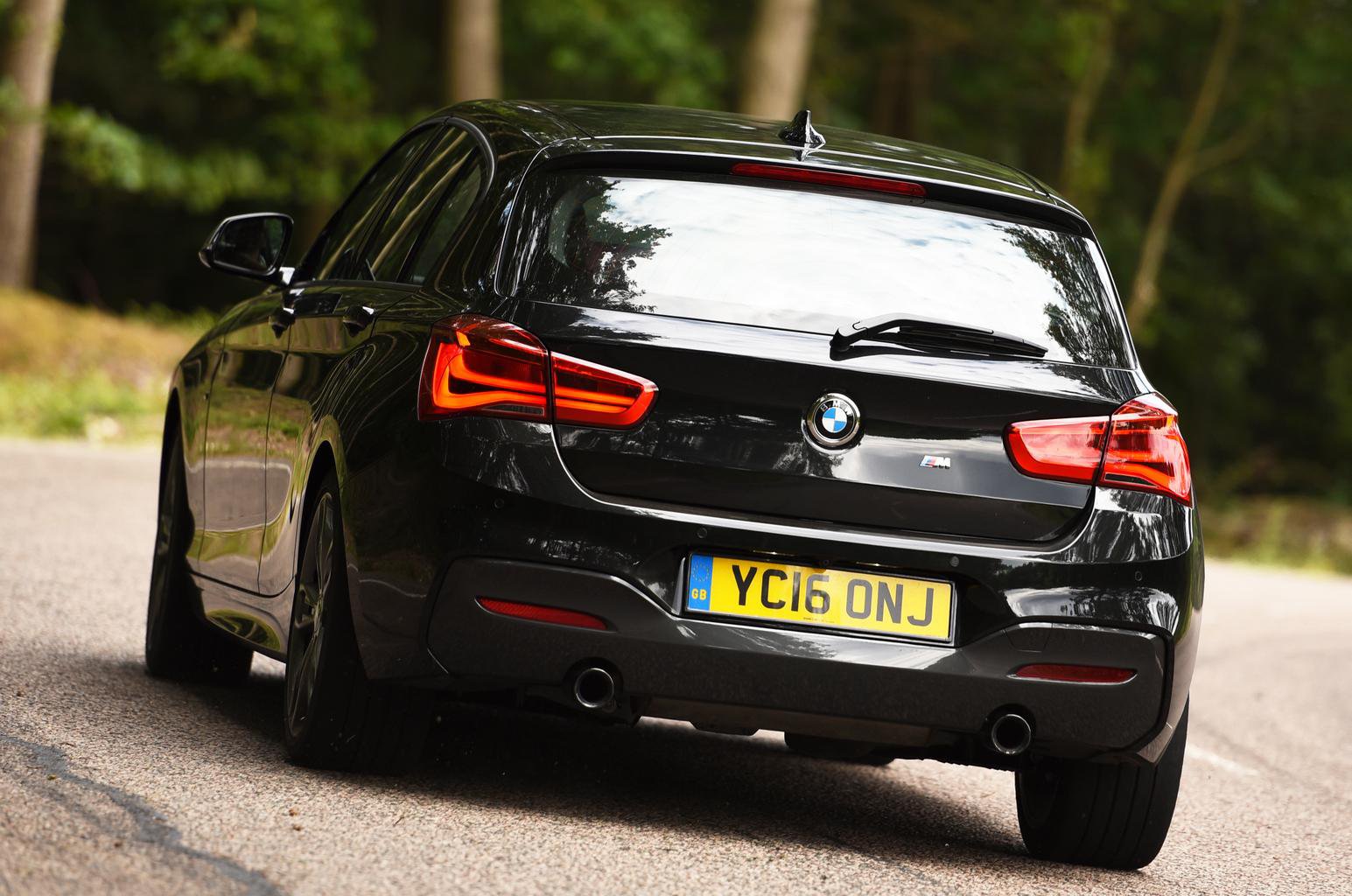 The cars’ differing characters continue when it comes to comfort. Our BMW came with optional £515 adaptive dampers, but the variation between suspension settings is subtle, and even in the firmest mode it delivers a remarkably supple ride.

That’s not to say the Honda is as hardcore as its winged, blistered and vented appearance would suggest. The dampers soften bumps effectively and broken surfaces don’t have the Type R fidgeting too much. It feels firm over sharp-edged potholes, but anyone in the market for a hard-nosed hot hatch is unlikely to complain.

So, the M140i is faster, more fun in vigorous use and easier to live with the rest of the time. It’s also more refined. The Type R’s theatrical engine rasp, and the pronounced hiss as you lift off the throttle is great fun, but at a steady 70mph the engine quickly becomes tiring. By contrast, the M140i emits an encouraging, bassy warble when you want it to, but just a distant hum on the motorway, and there’s significantly less road noise, too.