Chevrolet has revealed the updated version of the Volt range extender and a new EV concept called the Bolt at the Detroit motor show...

Chevrolet has unveiled two electric cars at the 2015 Detroit motor show: a revised version of the Volt range extender and an all-new SUV concept called the Bolt.

The Chevrolet Bolt is a concept that signals a cheaper future for electric cars, because it offers a range of around 200 miles for a much lower price tag than many existing EVs.

Chevrolet says that the Bolt is powered by a lithium ion battery pack, which is capable of the 200-mile range in optimum conditions.

Early indications are that the Bolt would be offered for sale for around $30,000, which works out at about £20,000. Although it is a concept at the moment, the company is speaking about the Bolt as if it will be made, with General Motors boss Mary Barra saying the car is an 'electric vehicle for everyone'. She also said that the car would be sold in all 50 states of the US and in selected markets around the world. There is no word on whether the UK will be one of these markets.

Chevrolet also revealed the second generation of the Volt. Its battery pack weighs almost 10kg less than before, while the two-motor drive unit operates up to 12% more efficiently than the outgoing car's.

The electric motors are coupled to a 1.5-litre petrol engine that develops 74bhp. When combined with the electric motors, the Volt's total output is raised to 118bhp – enough to cover the 0-60mph sprint in 8.4sec and give the Volt a top speed of 98mph. The new Volt should be capable of returning a combined 102mpg.

The new Volt will not be exported to western Europe, after the Chevrolet brand was withdrawn by GM. Vauxhall has also said it will not be replacing the Ampera, which was a moderately restyled version of the Volt. 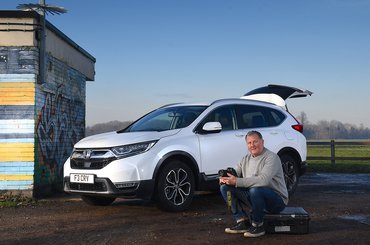 Chevrolet Volt cheaper than the Ampera