Citroen DS5 to get revised suspension

* Citroen DS5 to get revised suspension * Changes to address ride criticism * Should be due before 2015 face-lift... 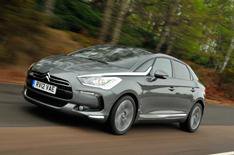 The Citroen DS5 will get a revised suspension set-up in a bid to address early criticism of its ride quality.

The DS5 was launched earlier this year as the range-topping model in Citroen's fashion-led DS range. Certain elements of the car, including its cabin and refinement, impressed us, but we found the car's ride quality to be too harsh and out of tune with its plush cabin and Citroens historical reputation for comfort.

Highly placed Citroen sources have revealed plans to change the cars suspension. Thomas dHaussy, Citroen product boss, said: 'We are working on a new set-up for the DS5. We studied the reaction at the launch with interest, and we can see why some people would not find it what they would expect from a large Citroen.'

What Car? understands that the changes will be restricted to tuning only, rather than a more comprehensive change to the architecture or design. This should speed up the process, and enable Citroen to introduce the changes before the DS5s mid-life face-lift, which is planned 2015 at the earliest.

Around 27,000 DS5s will be sold globally this year; which is a little short of Citroens sales projection of 30,000, but the firm says it is satisfied with the figure because some markets didnt launch the car until the spring.

In the meantime, Citroen is also preparing a further set-up of the DS5 for China, where it will soon be manufactured in a new factory in Shenzhen.