The Focus was a price point winner in the 2019 What Car? Awards. We're running one for four months to find out how well it copes with being a commuter and family car... 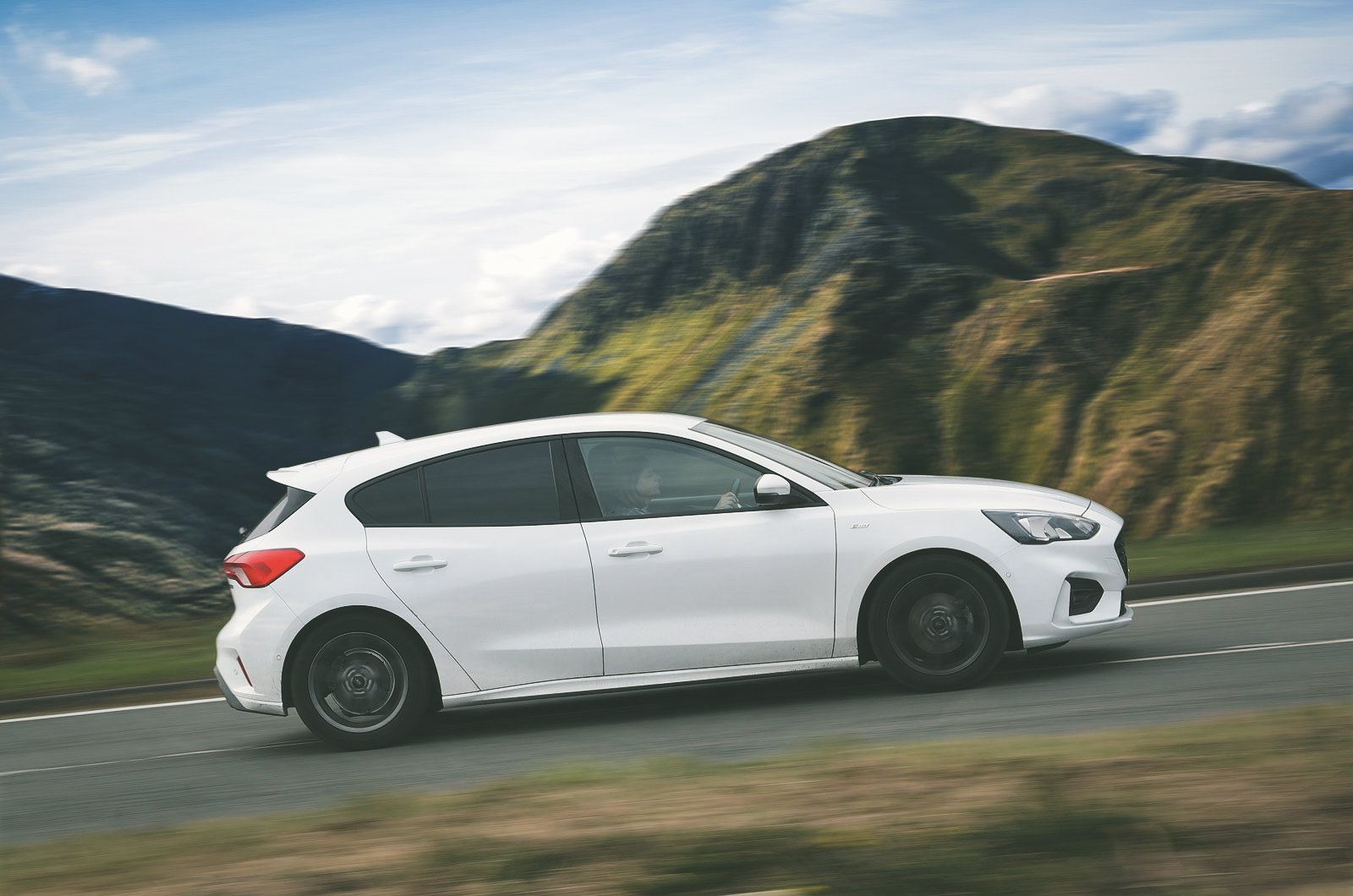 Last month my Ford Focus faced its biggest challenge to date: taking my daughter and me on a 200-mile trip to visit my son in Swansea and then bringing four people and all their holiday luggage back to Kent a week later.

On the way to Wales, we waited until the morning rush had died down and set off around the M25 and almost to the end of the M4. The Focus performed impeccably, wafting us to our destination in four and a half hours with two rest stops on the way.

I don't need many stowage spaces on my daily commute, but spending a longer time in the Focus made me appreciate the little touches that make it such a good car for business drivers. The double cupholder in the centre console is adjustable so it can grip a range of containers and you can get another cup in the front door bin if necessary. And I can now confirm that it’s possible to fit the packaging from a fast-food lunch for two into the storage bin at the front of the centre console.

The Focus also has some sophisticated driver aids too. As part of the optional Driver Assistance Pack on my car, the Focus has adaptive cruise control, so I set this to 70mph and it automatically adjusted the car’s speed, slowing down if the vehicle ahead did so. The option also provides lane centring assistance, and using both of these aids together made the drive far less tiring than it would have otherwise been.

Motorway cruising feels like the type of driving the diesel-engined Focus is made for. The engine can be fairly thirsty and noisy at higher revs around town, but on the open road it quietens down to a murmur and economy picks up from the mid-40s to 56mpg.

The journey home at the end of a lovely sunny day on a golden sandy beach in the Gower – a truly spectacular area of outstanding natural beauty – was going to be a bigger trial for the Ford. We did manage to cram all our luggage into the boot, though, and there was enough room for bags of food in the front and back footwells to keep all the passengers going.

With a heavier load and using the air-con to cool our sun-baked bodies, we didn’t get such good fuel economy, but it remained the right side of 50mpg.

The only casualty of the trip was the Focus’s windscreen, which got a stone chip on the passenger side; something to get fixed soon.