The Focus was a price point winner in the 2019 What Car? Awards. We're running one for four months to find out how well it copes with being a commuter and family car...

Saying goodbye to the Focus represented more than a simple car swap because of the uncertainties about the long-term future of diesel-engined cars, as well as the scaling back or closure of some UK car plants this year.

So to mark the car's passing from my hands, I visited Ford’s Dagenham factory, where my car’s engine had been built. It was a rather poignant moment looking down on the factory and wondering how much longer it would be churning out diesel engines, and if this would be the last diesel car I run. 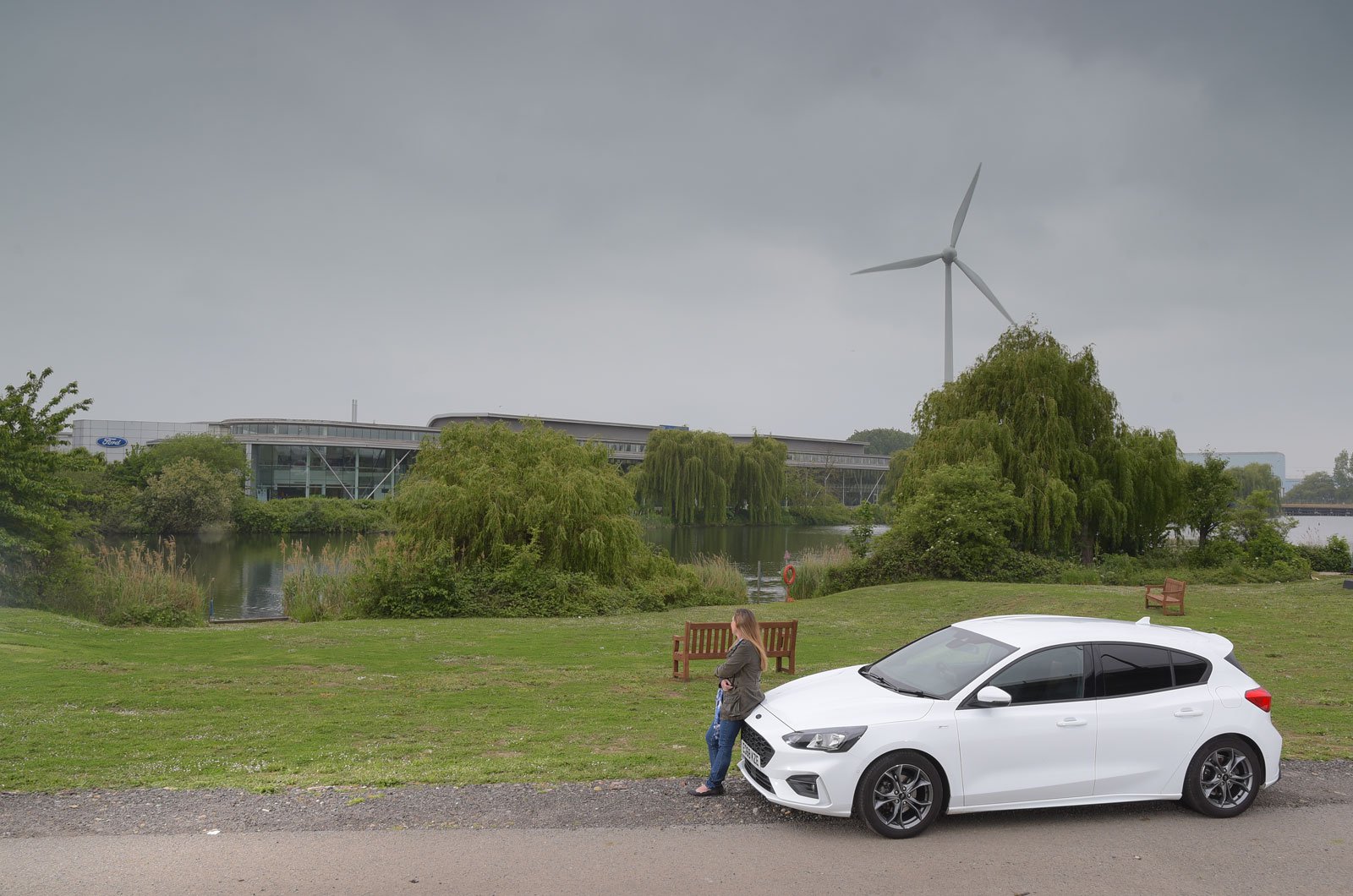 On a cheerier note, it was great to visit Ford’s Heritage Centre at Dagenham and sit inside an original 1998 Mk 1 Focus to see just how far the model has come on in 21 years. Back in the 1990s, the Focus represented a big leap in terms of equipment and quality from the Escort, which it replaced. Alongside the Mondeo and Fiesta, it was a keystone in the company’s transformation into the producer of more premium vehicles. 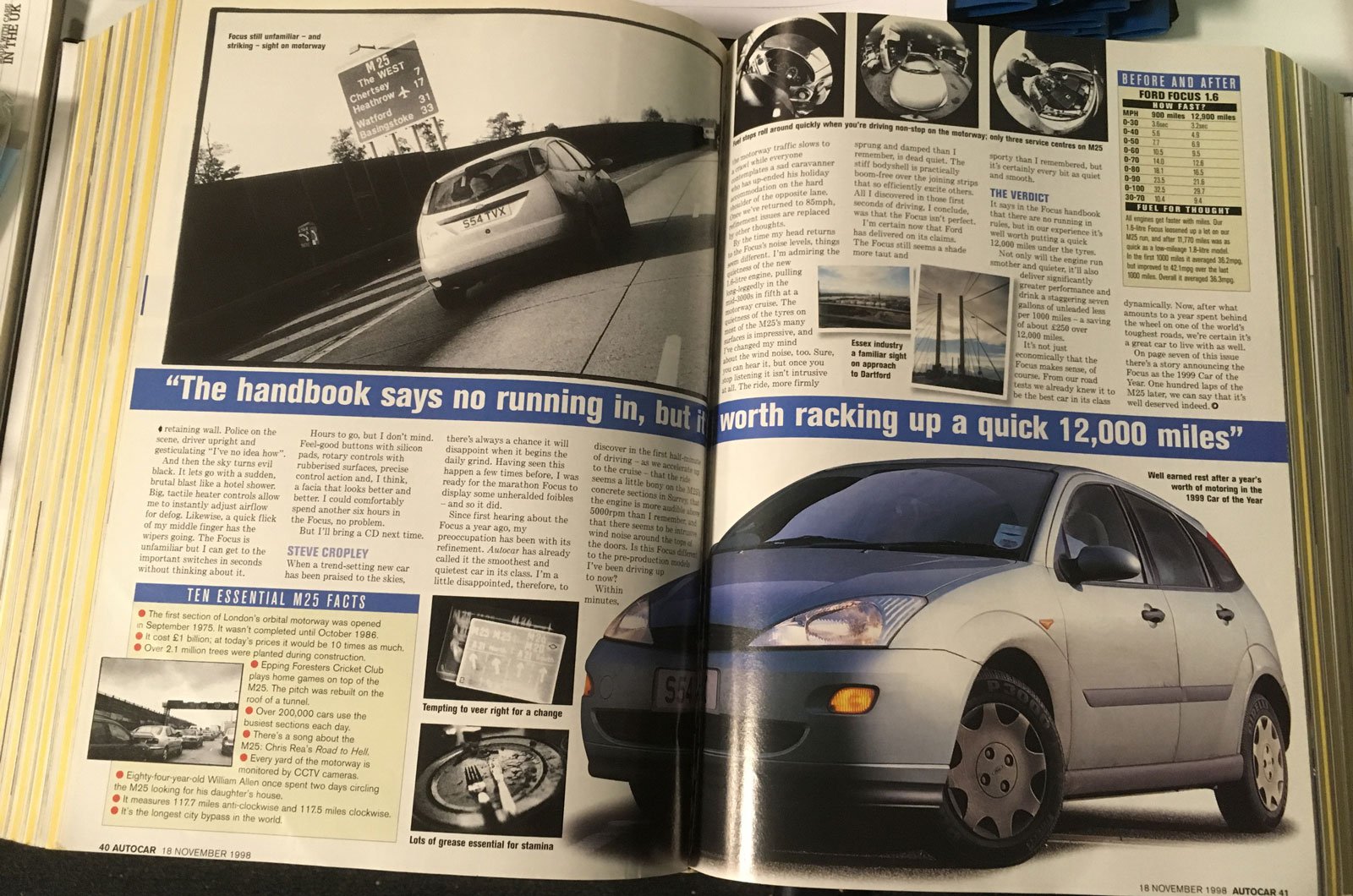 Ford's Heritage Collection Focus is a 1.6 petrol Zetec version that was used 21 years ago by our sister publication, Autocar, to complete a gruelling 11,770-mile endurance test comprising 100 laps of the M25. It took 25 drivers to complete the 240-hour challenge in shifts of six hours. The car averaged a 36.3mpg and drank £250 worth of petrol.

In comparison, my diesel Focus returned an overall average of 55mpg in spite of some spirited track driving and a long motorway drive fully loaded with occupants and luggage. 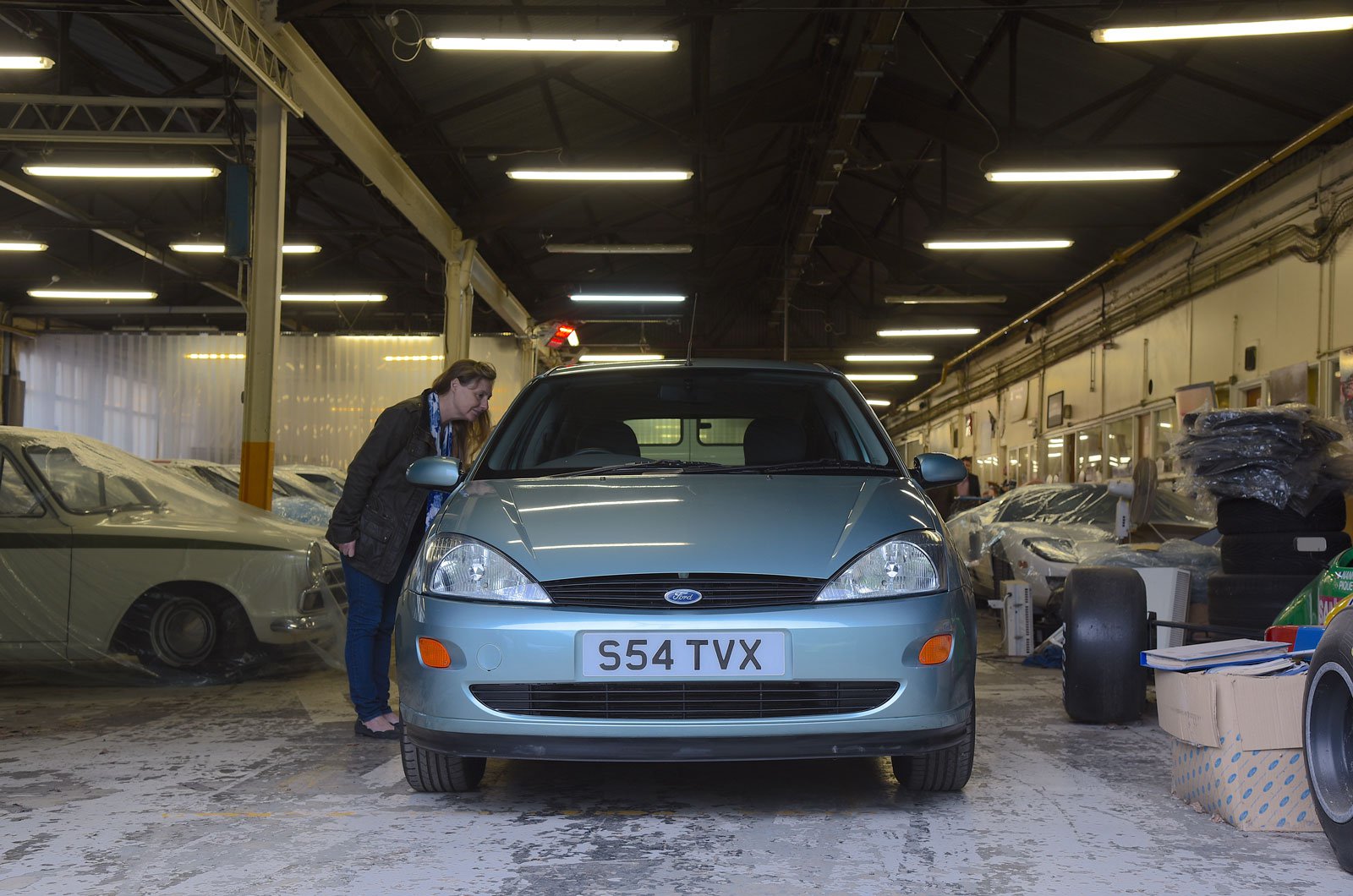 The latter was my most ambitious jaunt in the Focus: a long weekend in Swansea, after which I drove home with three teenagers and a lot of luggage onboard. Yet the Focus didn’t feel cramped, with its capacious boot and a good selection of cabin storage cubbies. Its diesel engine wasn’t fazed by the additional load, either, coping with all but the steepest hills without a struggle. Fuel economy did drop to 43mpg on the homeward drive, though.

Equipment on the Focus proved rather uneven; some of it felt really high-tech and was reasonably priced, but other items I’d expected to be standard were costly options.

The FordPass Connect embedded modem was good value at £250. It allowed me to use a smartphone app to unlock the car remotely, and to view its mileage and fuel level. It provided a 4G Wi Fi hotspot for use by me and up to nine other people – not that I could fit that many into the car - and it gave me access to up-to-date Live Traffic information via the Sync 3 navigation system. For buyers of new cars, this is free for two years and then a subscription fee is payable. The Focus's infotainment system was far better at connecting with my phone via Apple CarPlay than others I've tried recently, too. 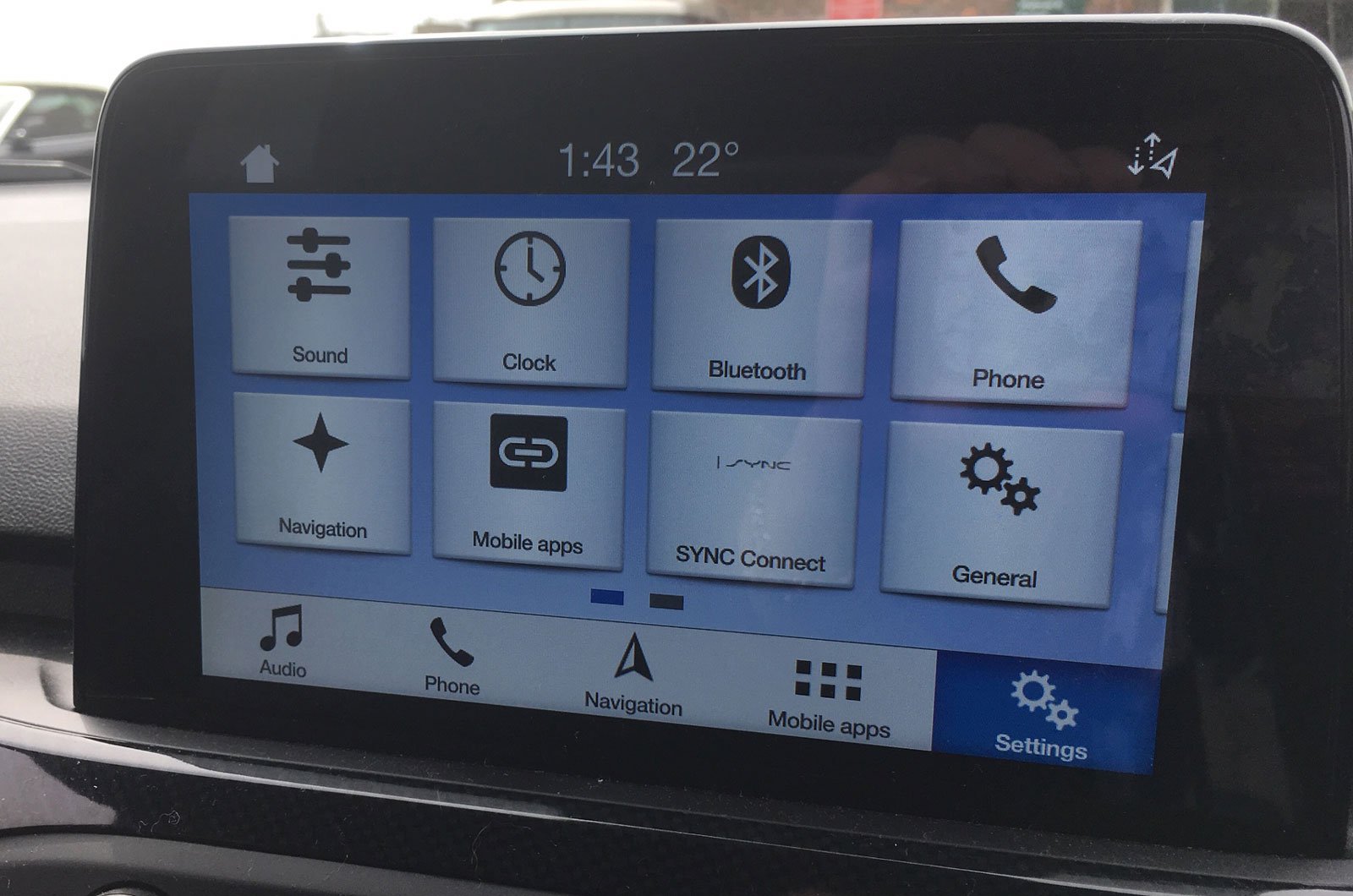 Less impressive was the reversing camera, which is part of a £500 extra package. Its position on the underside of the boot handle meant it frequently got so obscured by rain and dirt that I couldn’t use it. I also think it’s a shame that useful features, such as wing mirror blind spot monitors, adaptive cruise control and lane centring assistance are reserved for an even pricier £750 pack.

As has traditionally been the case with Fords, though, the Focus was cheap to service. Its one-year check cost £125 and was carried out quickly and efficiently by a dealer only a couple of miles from my home. 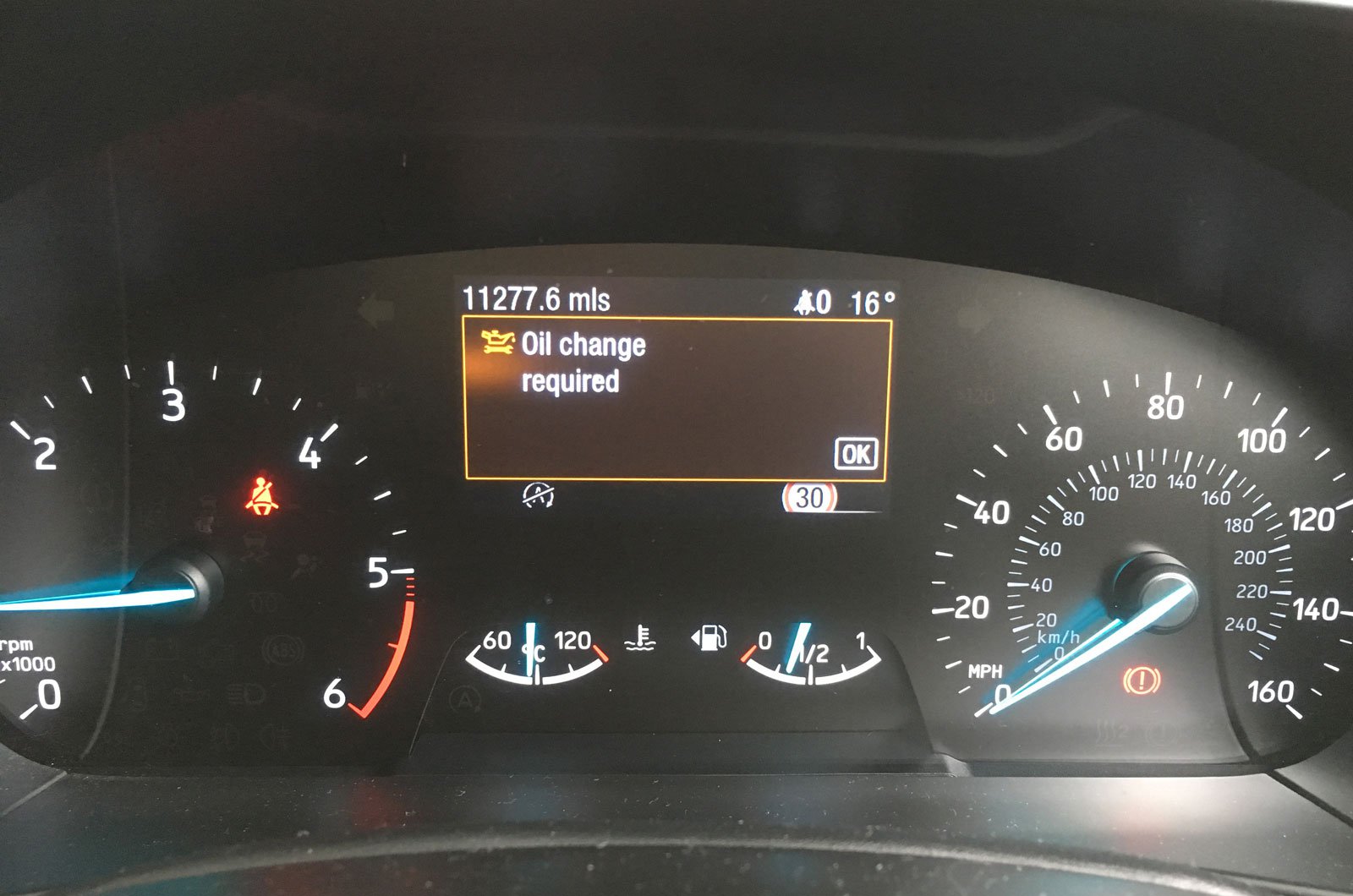 My Focus experience wasn’t perfect in every respect, though. There were a couple of electrical issues early on, but they were swiftly fixed and didn’t return. And, although the interior and paintwork stood up well to a busy life and racking up more than 10,000 miles, the engine had become noisy and rattly by the end, sounding far more like the agricultural Fords of previous decades than a 21st century motor.

One of the challenges the Focus faced during its time with me was to dispel the myth that all diesel cars should now be labeled as evil. And, with CO2 emissions of 93g/km and NOx of 52mg/km, I don’t think it should be considered as environmentally unfriendly. I’d struggle to justify using it for my everyday commute if it was along congested urban streets, but 95% of my daily drive is on the motorway, which is the Focus’s natural environment. Whether this will still be the case in 21 years time, when diesel cars could be banned from our roads, remains to be seen.

More on our long-term Ford Focus >