We're looking back over our 48-year history to try and find the best car launched during that period. Today, sub-editor Chris Haining makes the case for the original Ford Mondeo...

The blockbuster video game Grand Theft Auto introduced the world to the word “Mundano”. Viewed from the game’s top-down perspective, anybody with a passing interest in cars could plainly see that the fictional car with that soundalike name was obviously based on the Ford Mondeo.

It’s a rather cruel world that has come to see the Mondeo as the very embodiment of the typical, unremarkable family car, and it seems to be only an enlightened few that give credit for just how significant the first version truly was. After 11 years of the Ford Sierra, a car whose revolutionary looks masked an underlying porridge of dated, unremarkable components from the very beginning, the first Mondeo did things the other way around when it arrived in 1992. This time there was nothing remotely confrontational about the looks, but its underpinnings were quite unlike anything Ford had produced before.

The shift to front-wheel drive was perhaps inevitable, but the way the Mondeo was developed is indelibly inked in the history books as one of the greatest automotive turnarounds of all time. Or, if it isn’t, it jolly well should be. Motoring journalists had got used to attending Ford car launches with modest expectations; if an updated Escort proved relatively acceptable, it tended to receive the same kind of patronising “well done” pat on the back you might give a clumsy spouse when they’ve cooked an edible meal without burning the house down. The Mondeo launch, I’m told, was rather different. 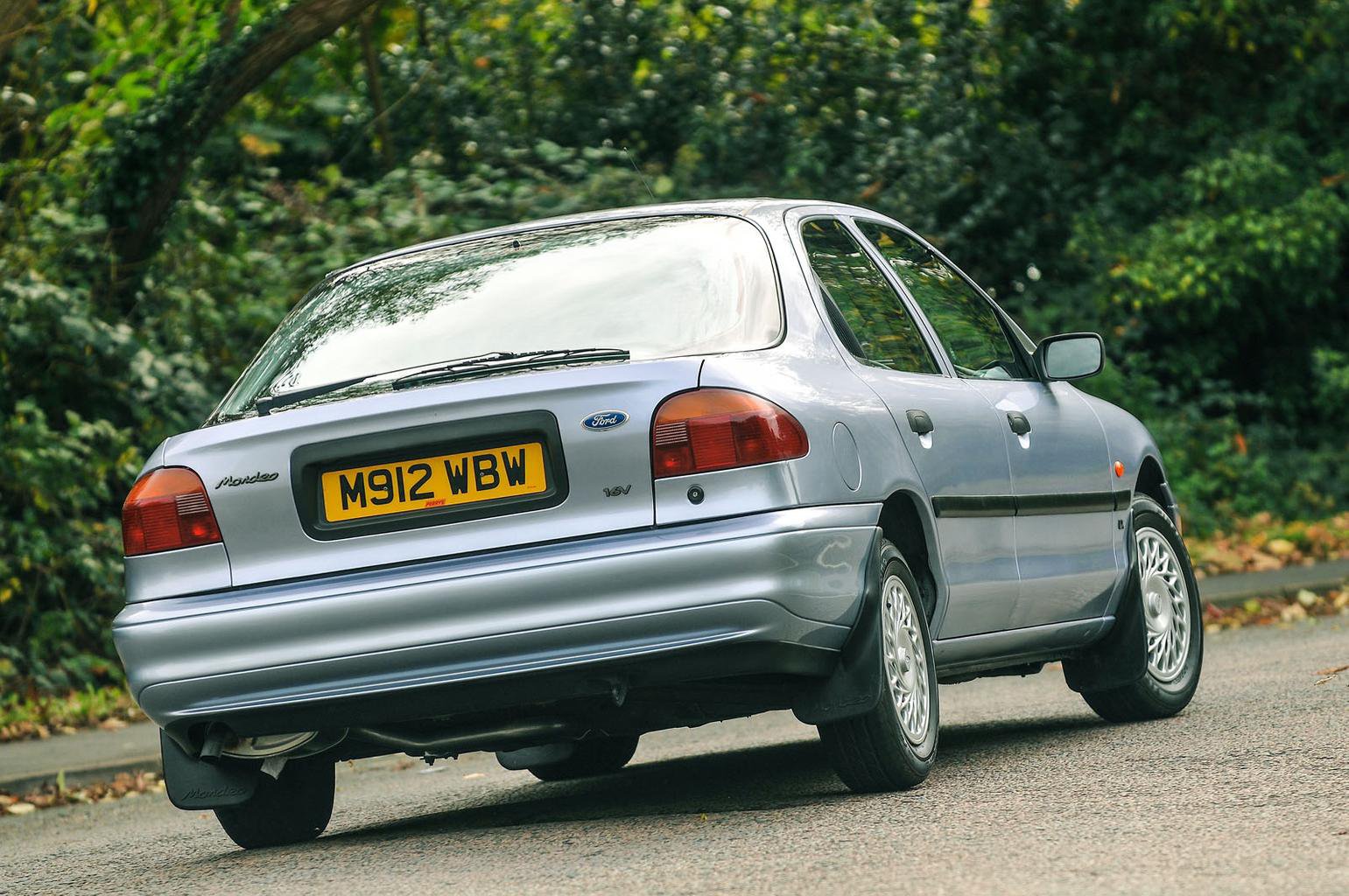 I was about 12 when magazine staffers were invited to attend its international press debut, but in the intervening years I’ve read so many accounts that I feel like I was actually there. This was a launch where Ford demonstrated that it really cared how the Mondeo rewarded its driver. Rather than just the usual marketing and public affairs types, Ford wheeled out its engineers and designers to interact with the assembled throng. One of those was a man whose name would soon become synonymous with a sudden outbreak of great-handling Fords in the '90s, development guru Richard Parry-Jones. He got very much involved in demonstrating the finer points of the Mondeo’s dynamics.

He was right to. The Mondeo was up there with the best-handling larger cars of 1993, and though it wasn’t quite the undisputed champion for sharpness or agility, the way it fused its engaging drive with the more earthy qualities needed in a family car was deeply impressive. This was an everyday beast of burden that you might actually take on the twisty route home from the school run just for the hell of it. 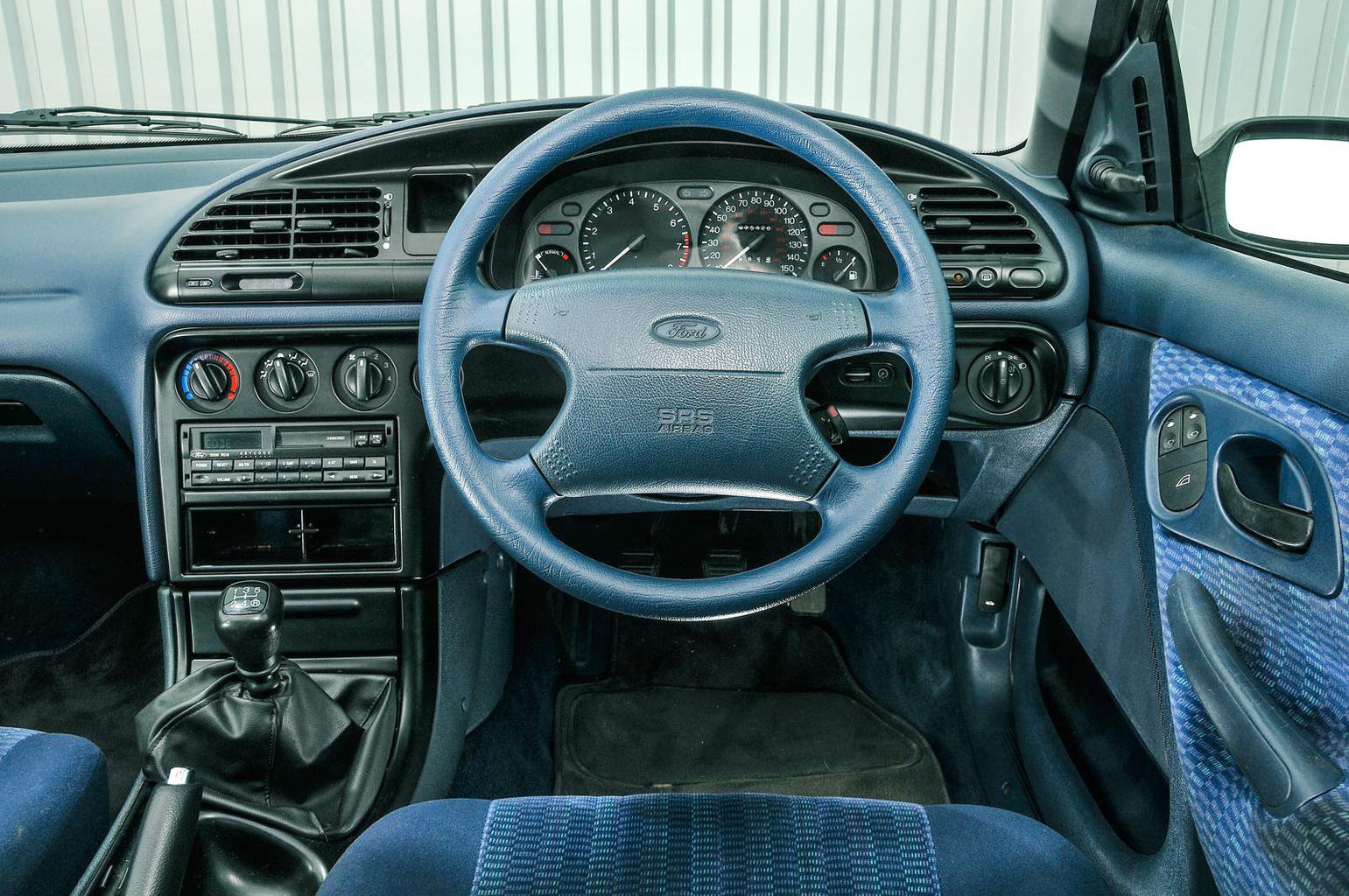 It was also a car that served to protect its occupants if things took a turn for the worse. Launch brochures were emblazoned with the strap-line “Beauty with inner strength”. Appallingly glib, maybe, but actually homing in on the truth. After an opening salvo of glossy pictures, the first three spreads of text were all about safety. The Mondeo’s standard driver’s airbag, seat belt pretensioners and anti-submarining seats made headline news; news that guaranteed it a place at the top table of family cars, matching or beating its key rivals.

With such massive leaps forwards in driver appeal and safety, it must have come as some comfort to established Ford followers that certain values hadn’t changed. The Sierra’s trim hierarchy of LX, GLX and Ghia remained, the latter packing an interior plush enough to force pricier brands to have something of a rethink when it came to what customers should expect for their money. Naturally, there was also a sparsely-equipped base model, while the crisply-named Si turned up the tempo a little. It had no extra power, but its tighter suspension further unlocked the Mondeo’s handling potential.

On crowning it our Car of the Year in 1993, we declared that the Mondeo “embodies all the virtues missing in mainstream Fords for so long”, and it’s doubtful that even its maker disagreed. Ford would have been mightily relieved by the praise it received, especially after we said that it had come up with “a car with quality to match a Nissan Primera, handling and ride to match a Peugeot 405, an interior design to beat a Vauxhall Cavalier and refinement to top the lot”. 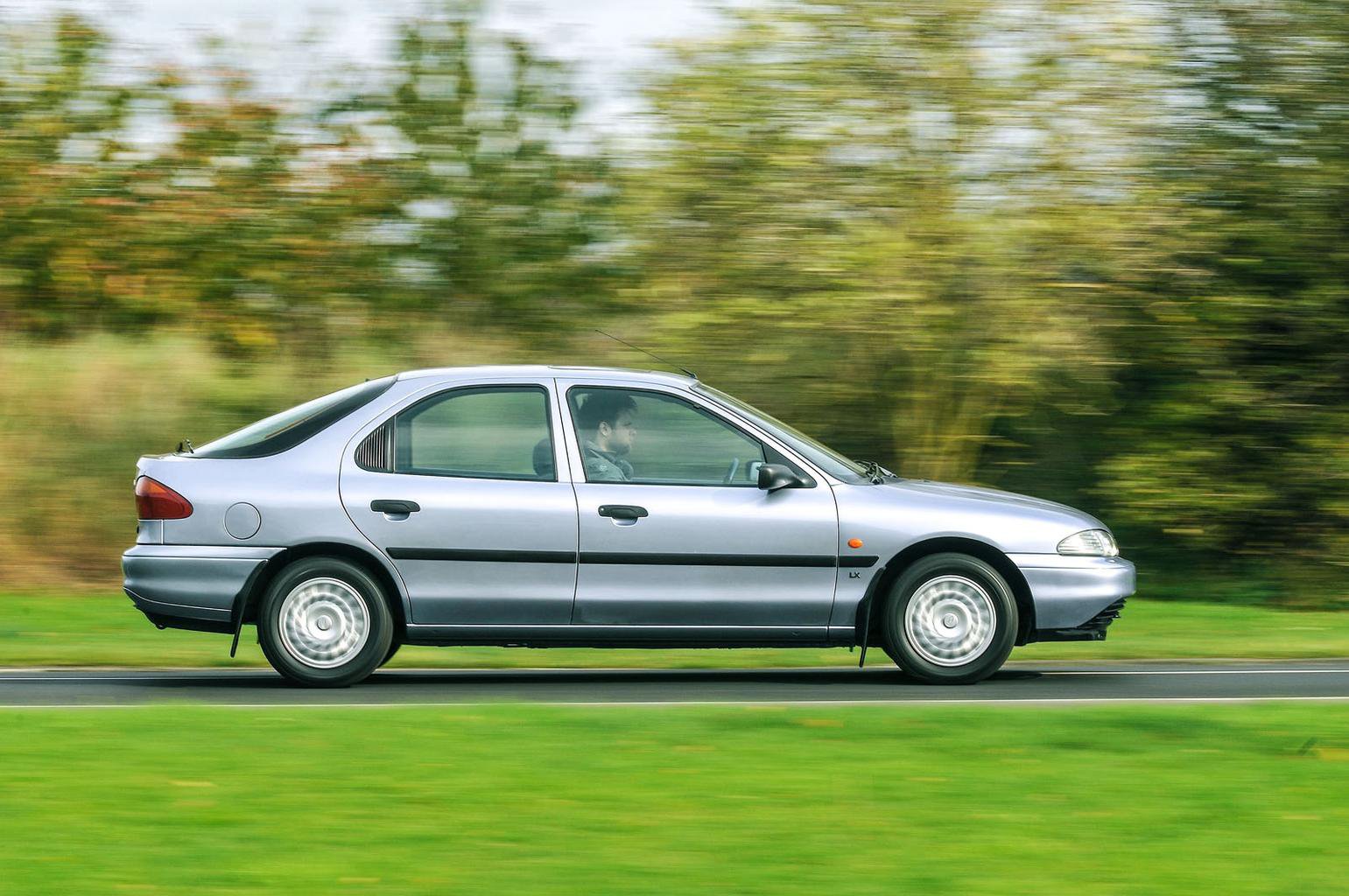 Deservedly, it sold by the bucketload for several years, but the Mondeo’s sheer success would, paradoxically, hurt it once it became ubiquitous. The phrase “Mondeo man” found its origin in politics; it was coined to describe the legions of voters that key parties aimed to attract. Real, grounded people with goals, hopes and aspirations. In fact, by failing to properly capitalise on that latter quality, the Mondeo arguably accelerated the rise of such premium models as the Audi A4 and BMW 3 Series, which massively outsell the Mondeo today.

Despite its brilliance, for many the Mondeo served as a mere stepping stone on the journey to driving something with a bit more cachet, and many buyers now choose to leap over that step altogether. Their loss. And it seems to me the best way to recognise that is to name it the best car in the history of What Car?.

Come back tomorrow to read about our next contender: the Volkswagen Golf Mk5

Ford Mondeo to be axed