More for you |
True MPG: most and least efficient cars revealedConfessions of an AA technicianUsed BMW i3 vs VW e-GolfHow to spec a Jaguar XENew issue of What Car? magazine on sale now
Home
News
GM will not sell off Vauxhall and Opel
news

GM will not sell off Vauxhall and Opel 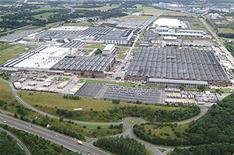 GM said it had made the dramatic U-turn because of 'an improving business environment for GM over the past few months'.

'We are grateful for the hard work of the German and other EU governments in navigating this difficult economic period.'

News welcomed in the UK
Business secretary Lord Mandelson said: 'I have always believed that if the right long-term sustainable solution is identified, then the Government would be willing to support this.'

Unite, the main union at Vauxhall, had negotiated a deal with Magna to limit job-losses at the two Vauxhall factories in Luton and Ellesmere Port to just 600 workers.

Tony Woodley, secretary general of Unite, said: 'The decision is in my view a fantastic decision and the right decision for General Motors themselves.

'There's no logic in breaking up the company. I believe it is the right decision in spite of a good deal that we'd struck with Magna.'

However, Mr Woodley admitted that the future of British jobs was still unclear, but that it would be better to negotiate with 'the devil you know'.

Germany angered by U-turn
The German authorities will be angered by the news, after Magna had given assurances, in return for 4.5 billion (4 billion) in state-funded loans, that all of GM's Opel factories would remain open.

Government spokesman Ulrich Wilhelm said that the German government would require GM to repay 1.5 billion (1.3 billion) that has already been loaned by German banks.

Siegfried Wolf, Magna's Co-Chief Executive Officer said: 'We understand that the Board concluded that it was in GM's best interests to retain Opel, which plays an important role within GM's global organisation.

'We will continue to support Opel and GM in the challenges ahead and wish to thank everyone who supported the Opel restructuring process for their tireless efforts and dedication over the past several months.'

GM's original decision to sell its Opel and Vauxhall brands was made after it announced a group-wide loss of $30.9 billion (around 27 billion) for 2008, after its sales plunged in the global recession.