Honda's revitalised hatchback offers plenty of kit and striking looks, but how well does it cope with family life? We've been running one for six months to find out...

People will pay a lot of money to try and stand out from the crowd, and evidence of such vanity can be seen in everything from chronometers to clothing and, of course, in the car world, too.

The trouble is, to stand out in the car world can cost a small fortune, but I think I’ve found a simple solution, and it comes in the shape of the Honda Civic. You see, after six months of enjoyable and thoroughly reliable motoring in Honda’s family hatchback, I lost count of the number of times a whole variety of different people, whether clued up on cars or not, praised it for its styling, and I’ve never been aware of anyone doing that when I’ve been out driving a Volkswagen Golf or Vauxhall Astra.

Frequently, they would think that my cooking-level, mid-spec, £20,000 SR trim was the sporty version, an impression highlighted by our car’s flashy red paintwork and mean-looking black alloy wheels. I must admit that I was one of those who had initial doubts about the latest Civic’s edgy and eye-catching design, initially thinking it to be rather lacking in cohesion, but over the course of my tenure I actually grew to love it. 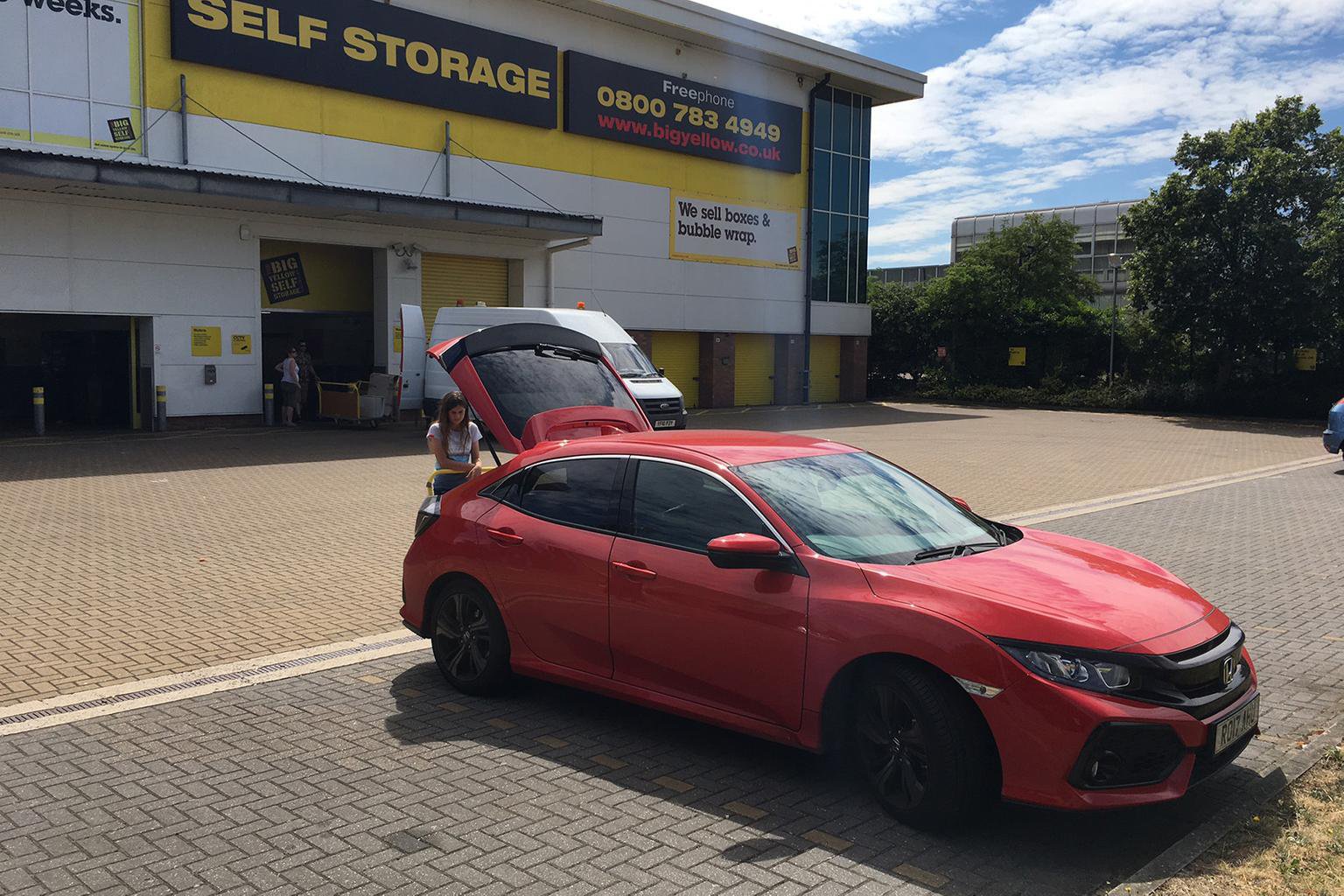 As a corollary of this striking new look, the latest Civic is also much lower and longer than the model it replaced, and I think that’s why it’s such an improvement on the road, too. I thoroughly enjoyed driving this car, despite holding deep and firmly entrenched suspicions about three-cylinder engines.

Our Civic came with the weeny 1.0-litre turbocharged triple, rather than the lustier 1.5-litre four-cylinder engine, and in everyday motoring it felt absolutely fine. However, on longer, faster roads it could feel a little short of puff, a feeling perhaps enhanced by the new Civic’s slight weight gain. I also found the engine’s offbeat burble, which some people rather liked, a little too vocal. Added to that, there was too much road noise emanating from the Civic's fat tyres, a problem that was especially noticeable on motorways.

However, the low driving position was a delight, with an instrument cluster that’s easy on the eye and logically laid out. The gearlever fell nicely to hand, and the aura was definitely that of a sporting model rather than a humdrum hatchback, even if the Civic isn't actually that sporty to drive. 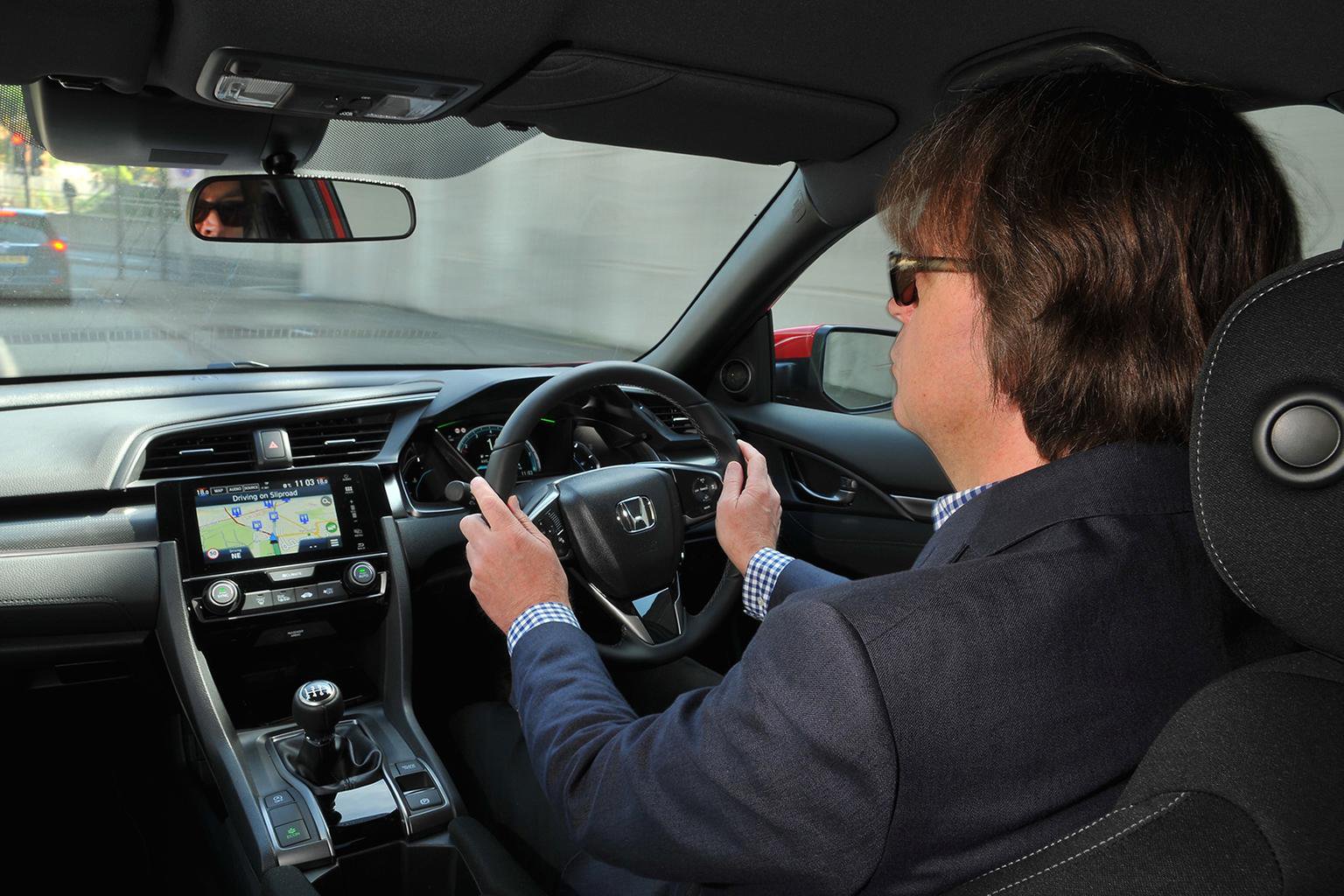 Indeed, I never tired of returning to this humble Honda, even after driving far more exotic machinery. If the engine was pleasant enough, the quick steering and slick gearchange were a constant and positive delight. The tidy handling and responsive brakes were equally likeable, just as its settled ride and spacious interior made travelling in it comfortable for passengers.

Of more concern as our test went on was the fuel consumption. The Civic's average claimed figure is 55.4mpg, but try as I might I couldn’t get better than the occasional 47mpg on the digital readout and a disappointing 38mpg when I measured it via the more accurate method of refilling the tank. We’ve discovered similar before with these three-cylinder engined cars, especially if they’re of the size and weight of the Civic. I think it’s as a result of having to push them quite hard to keep up with the traffic flow, which doesn’t do wonders for their MPG.

Some of that weight gain might also be ascribed to the handsome level of equipment our car enjoyed. It had all manner of standard fare, including advanced active safety technology, which includes automatic emergency braking (which can work a touch too enthusiastically), automatic lights and wipers, dual-zone climate control and a rear-view camera. The last of those was really useful, because the bar that runs across the Civic’s rear screen can limit the visibility. I’m afraid no one liked the infotainment system, either, which has rather old-fashioned graphics and is a little unintuitive in use, although it does have Apple CarPlay and Android Auto smartphone mirroring to overcome a little of the system’s woes.

The rest of the interior was great, though, with more than enough room for my family of four, and a cavernous boot that had the extra practicality of a large well beneath a false boot floor, as well as the useful ability to wedge smaller amounts of shopping in place by utilising the lift-up flap. The easily retractable parcelshelf I wasn’t so sold on, because its flimsiness precluded placing heavier items on it, but bravo to Honda for at least trying to break the mould. 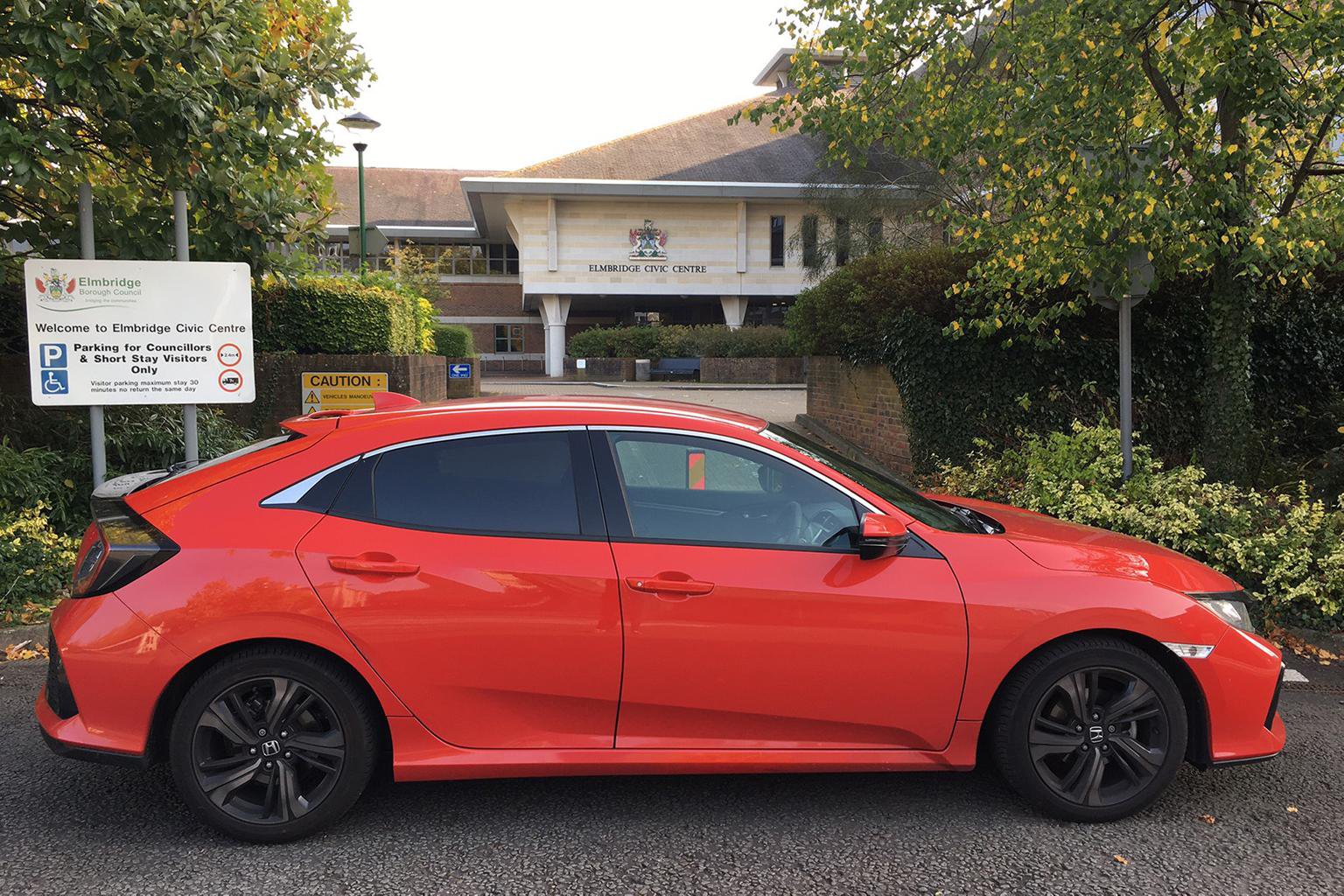 Unsurprisingly, in our time with the Civic, nothing went wrong or fell off, other than the tyre pressure warning light pinging on once - subsequent investigation showed there to be no fault and the light went off soon after.

Indeed, despite one or two qualms, everyone who had a go in this Civic liked it. I have ‘owned’ many long-term cars and driven many more, but few engendered such affection every time I got back in as this one.

Is the Civic good enough to stand out from the crowd on its own merits, then, irrespective of design, and to take on the Golf and the Astra and all the rest of them? Yes, I think it is.

Read more on our Honda Civic