The Type R is our Hot Hatch of the Year for 2018 and 2019, so it’s guaranteed to put a smile on your face whenever you drive it enthusiastically, but how well does it stack up as a family motor?...

Commuting on the motorway five days a week is starting to take its toll on the Type R. The car recently sustained a stone chip on the windscreen, which needs fixing before it turns into a crack. The bonnet badge has also been hit, leaving a nasty hole in one edge and a few other scratches; it’s a shame this highly visible emblem isn’t more hardwearing.

The car also needed some routine TLC; as it approached six months old, a large warning light flashed up on the dashboard. A quick trawl through the owner’s handbook revealed that it needed an oil change within the next 1000 miles. As I cover around 500 miles a week, I got in touch with the Lookers Honda dealership of Orpington straight away. Booking the car in was quick and easy; I completed the online service request form and later the same day someone called from the service department to offer me an appointment any day the following week. 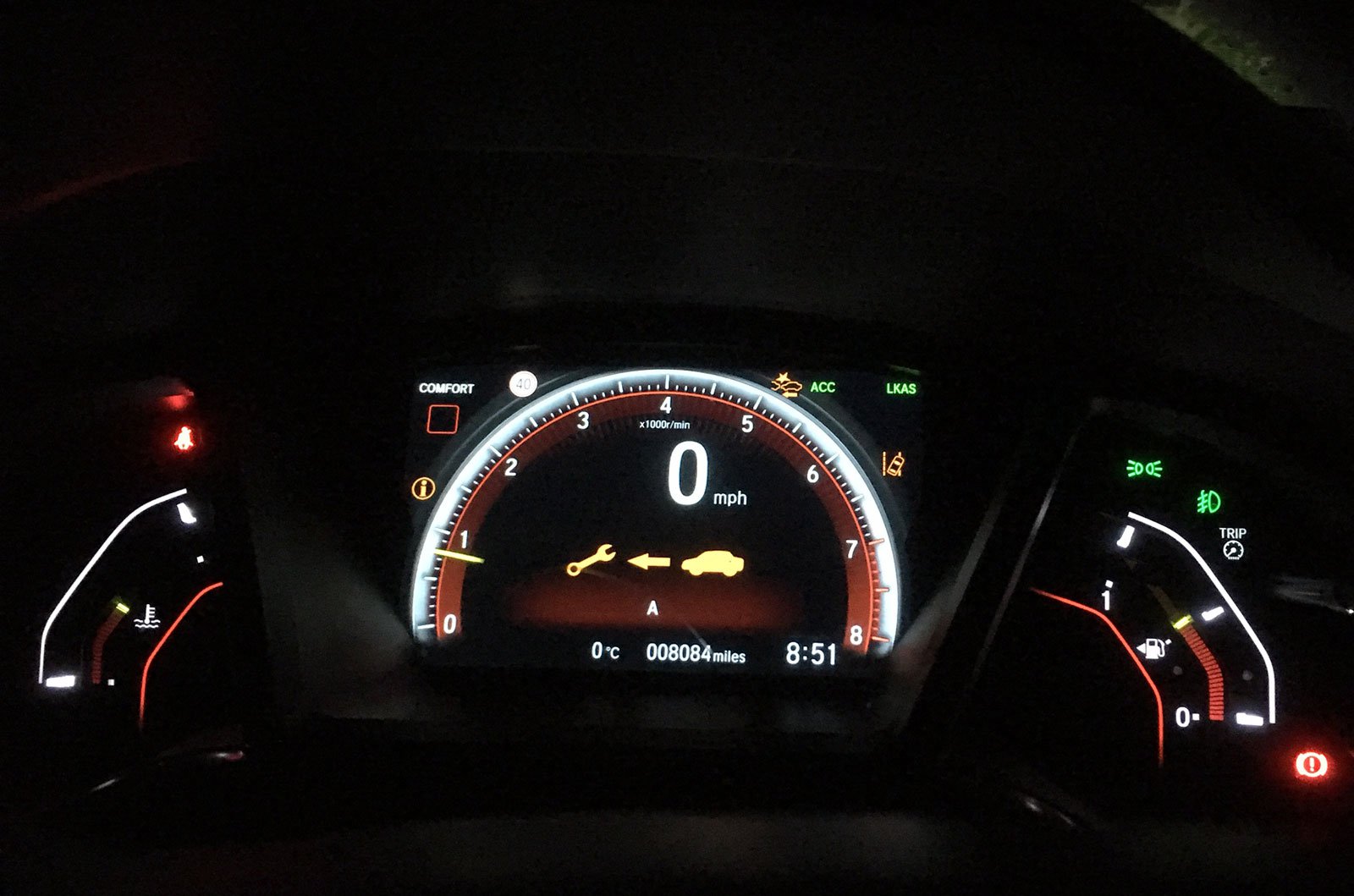 I was told the oil service should only take around an hour and a half, so I decided to wait for the car. It was interesting to sit in the waiting area and be able to watch the car being worked on through a massive glass wall.

As promised, the service was done in a little over an hour, and then the car was washed. As part of the service, Lookers gave the car a ‘health check’, which included measuring the tyre tread and checking brake wear. All areas were declared in good health and I was sent a brief video showing the tread being measured, which was a nice touch. The bill was £99.95, which to me seems really reasonable for swift, efficient work and a great level of customer service.

While at Lookers, I asked them about another warning light that had come on the night before: a flag-shaped icon with 'Radar' in the middle. Apparently, it was to let me know that the radar wasn’t working, which was probably because I’d been driving in thick snow, which had restricted its ability to view the outside world. The warning hadn’t come on again when I drove the car in sunshine the following morning, so it doesn’t seem like anything to worry about.

Lookers is a sponsor of the Halfords Yuasa British Touring Car Championship team, which races Type Rs, and the dealership had driver Matt Neal's 2017 car on its forecourt. I couldn't resist parking my Type R up next to his and taking a photo. 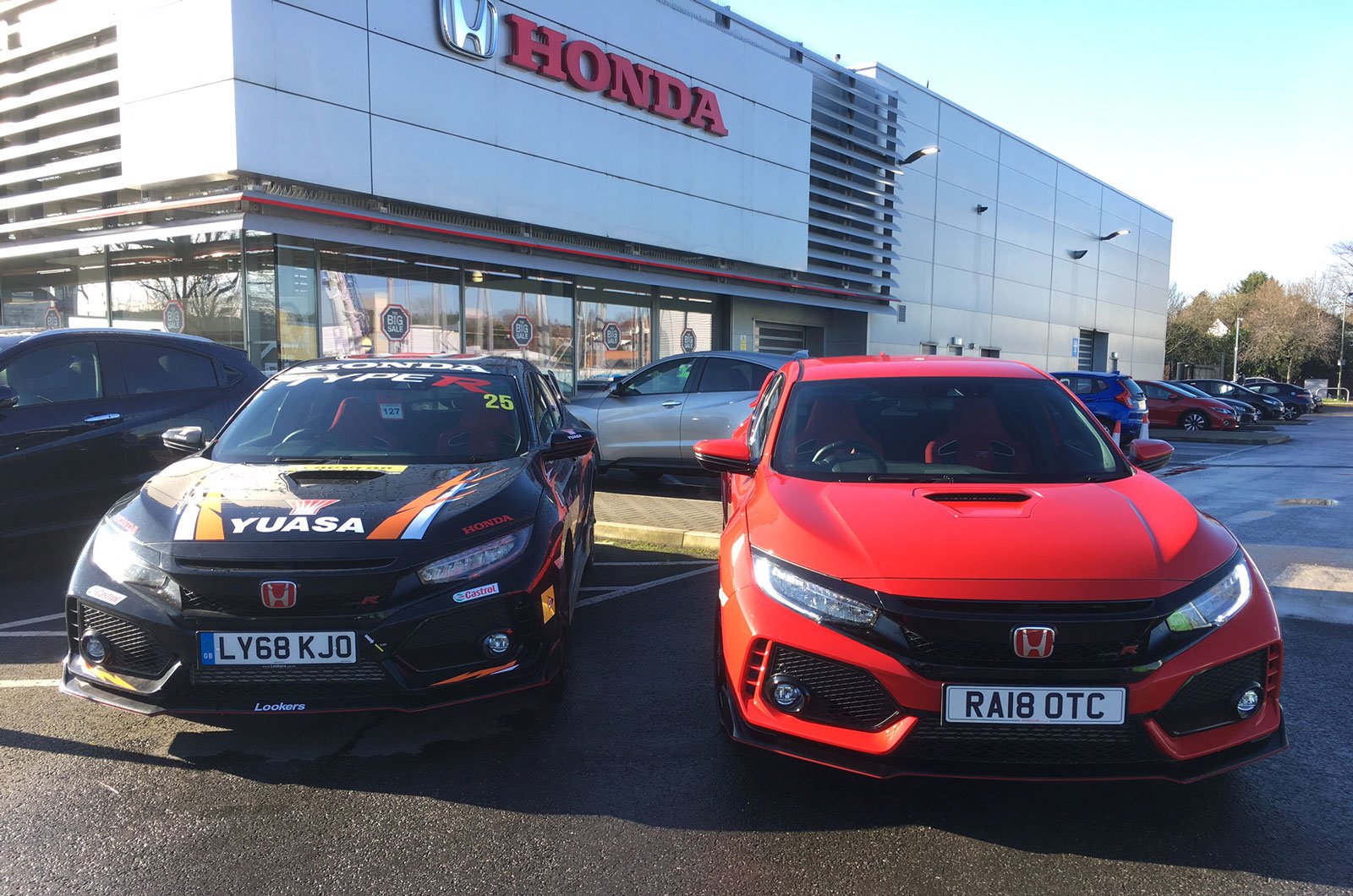 Earlier this month, the Type R was crowned What Car’s Hot Hatch of the Year for the second year in a row. According to our road testers, it came out on top again because it’s not only sublime to drive but also easy and affordable to live with. I’ve consistently been getting fuel economy of 23-25mpg, so the last point is a sentiment I can agree with.

Neil commented: “My overall impression of the Type R is that it feels a lot more of a serious machine compared than the i30 N. It pulls much harder, feels even more stable and has a sharper shift, which is saying something, as the i30 N’s gearbox is brilliant. It also rides better and is an even more accomplished day-to-day machine.

“My biggest complaint, however, is that you can’t individually change the driving settings like you can in the i30 N, and that irritated me a lot more than I thought it would. I really like the Type R's steering in Comfort mode, but it’s simply too heavy in Sport. So I ended up having to drive around with a long throttle pedal all weekend because I prefer the steering in its slackest setting.

“If Honda could remedy that little grumble with a software tweak in the next Type R update, it would be the hot hatch I would buy." 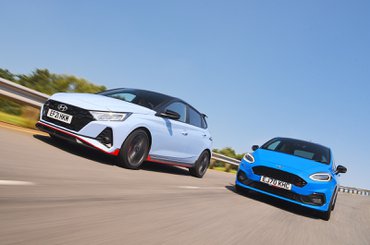