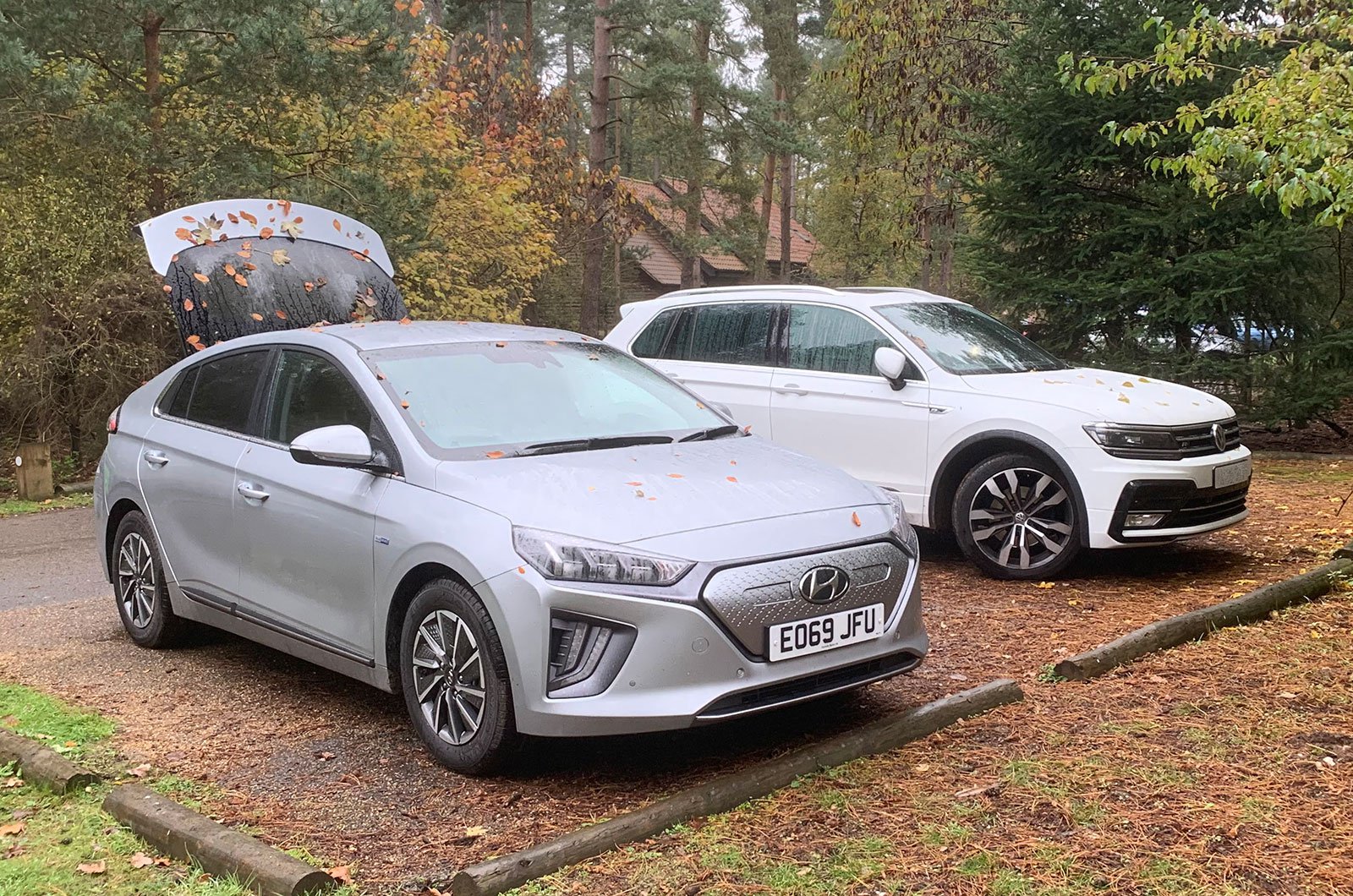 There’s nothing like a winter break with your nearest and dearest to recharge ahead of the busy festive season, and since I usually have access to something big and comfy to get us wherever we’re going, I’ve long since drawn the short straw to be the family chauffeur. This year was no different in that respect, but the choice of car was – for the first time, we were pinning everything on my all-electric Hyundai Ioniq.

In theory, this posed no problem at all. It’s 77 miles from my parents’ house in Kettering to the leafy pastures of Centre Parcs Elveden Forest, and having arrived the previous evening with around 80 miles of range following the drive from London – including 45min plugged into the Ecotricity charging network topping up – I already had enough mileage to get us there. And even though my parents don’t have an electric vehicle charging point, a trickle charge via the garage’s three-pin socket meant I was up to 160 miles by the time we set off. 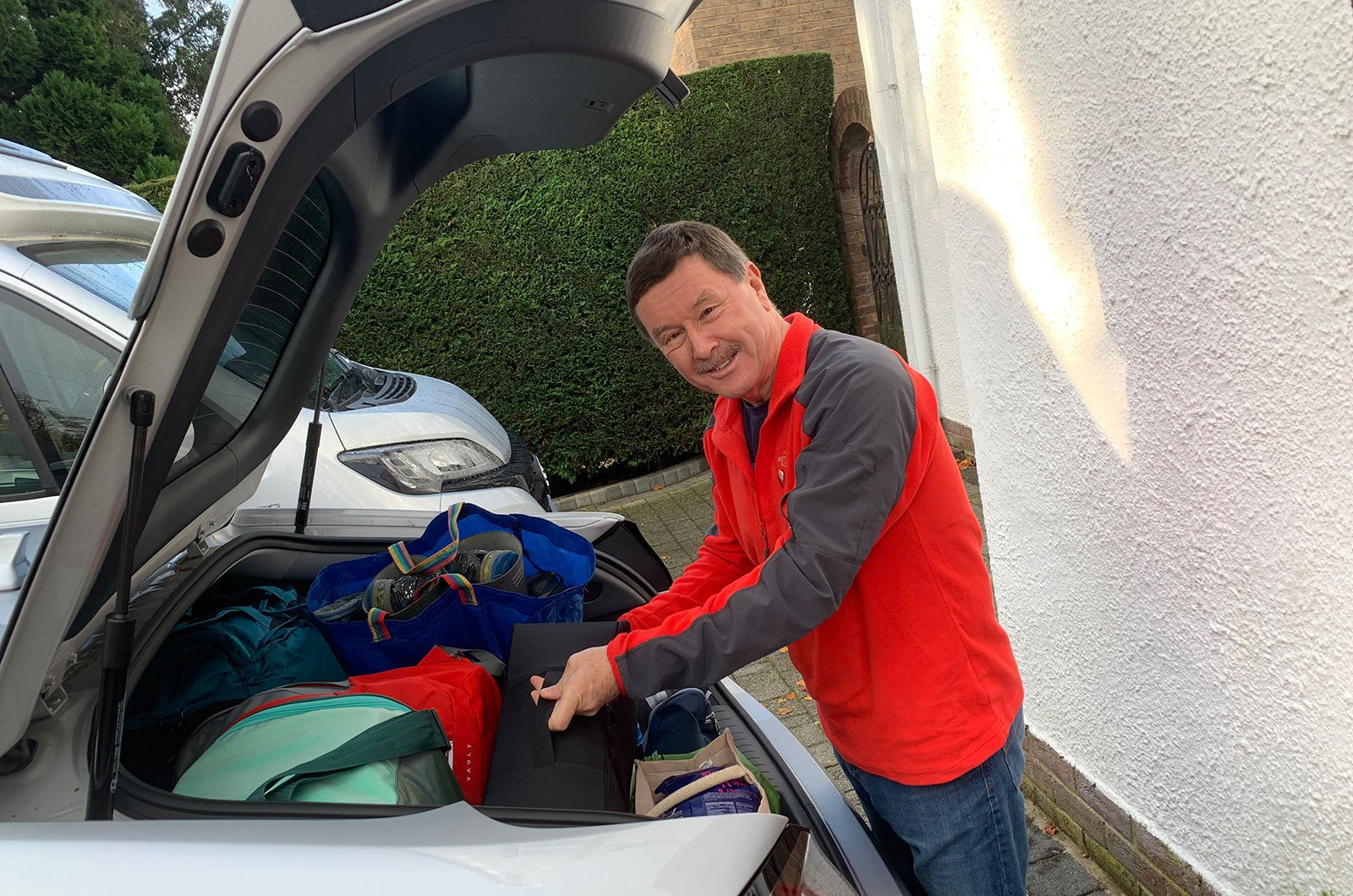 All rosy, you might think, but I hadn’t accounted for the effect that the weight of two additional passengers, all of our luggage and an industrial amount of wine would have on my range. I noticed as we set off that my indicated range was tumbling faster than usual, and even though we arrived with about 72 miles remaining, I was nervous about setting off home again. Not least because, as nice as motorway service stations are, I didn’t fancy taking my family to one as a detour to charge up again.

Fortunately, Elveden Forest has two electric car charging points which are free for guests to use. I simply drove my car around from the main car park, plugged in and then went to enjoy something tall and frothy at the Country Club. A couple of hours later, and with my battery topped up, I unplugged and returned the car to its spot in the car park. And that meant we arrived back in Kettering at the end of the week with, again, about 70 miles remaining – and following another night spent in the garage, I arrived back home to London with about the same again. 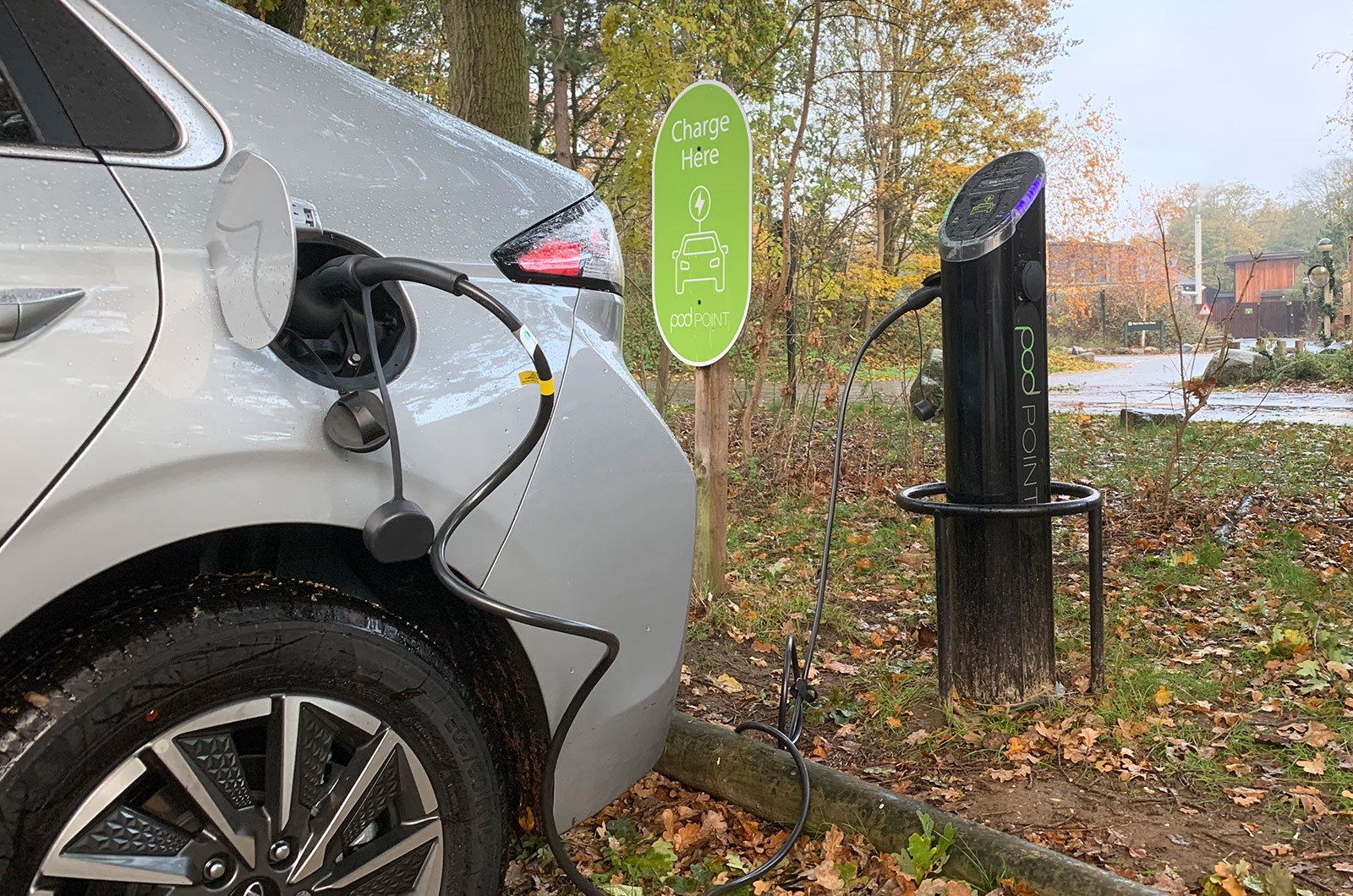 Considering that in previous years we’ve managed to pack my previous Mazda CX-5 and Audi Q5 large SUVs to the rafters with all of our kit, I was also nervous that the Ioniq wouldn’t have enough space on board. With some light Tetris-style luggage manoeuvring from my father, though, it did. In fact, my parents were pleased to find that it has more space in its boot than their current petrol-engined Ford Focus.

Since my mother usually drives fewer than 100 miles per week, she was especially taken with the Ioniq as a possible replacement for her ageing Ford. And explaining the various grants available from the government to help with the cost of both a car and a charging point did, of course, only sweeten the deal. Could we have another electric car convert in the family before long, I wonder?